Today marks a tragic anniversary in the Ecuadorian Amazon. One year ago on April 7, at the peak of the pandemic, a massive oil spill struck Indigenous territories along the Napo and Coca rivers in the biodiverse headwaters region of Ecuador’s Amazon. Three hundred and sixty-five days have passed, but 27,000 Kichwa people remain without access to safe water and food and at risk of new pipeline ruptures. To mark this inauspicious anniversary, hundreds of Indigenous peoples are mobilizing in the Amazonian city of Coca to press for justice and reparations for Ecuador’s worst oil disaster in the last fifteen years.

Industrial economic interests continue to obscure the voices, rights and demands of the affected Kichwa people, whose rivers are their lifeline. Less than two weeks ago, the Provincial Court of Orellana in Ecuador rejected Indigenous people’s appeal in a lawsuit brought forward by 105 communities, Indigenous organizations and human rights organizations, including Amazon Frontlines, against the Ecuadorian State and oil companies responsible for the oil spill. By denying justice to the Kichwa (again), Ecuador’s courts are failing the populations they are sworn to protect, acting instead in the interest of the fossil fuel industry. This decision tarnishes the country’s groundbreaking Constitution by failing to uphold the Rights of Nature and undermines its commitments to Indigenous peoples’ collective rights.

“THE JUDGE PLACED OIL INTERESTS ABOVE OUR RIGHTS. WE DEMAND JUSTICE. OUR FAMILIES STILL SUFFER FROM THE DISASTROUS IMPACTS OF THIS SPILL, AND WE STILL DON’T HAVE CLEAN WATER AND FOOD. OUR COMMUNITIES ARE UNITED TO DEFEND OUR RIVERS FOR FUTURE GENERATIONS.” 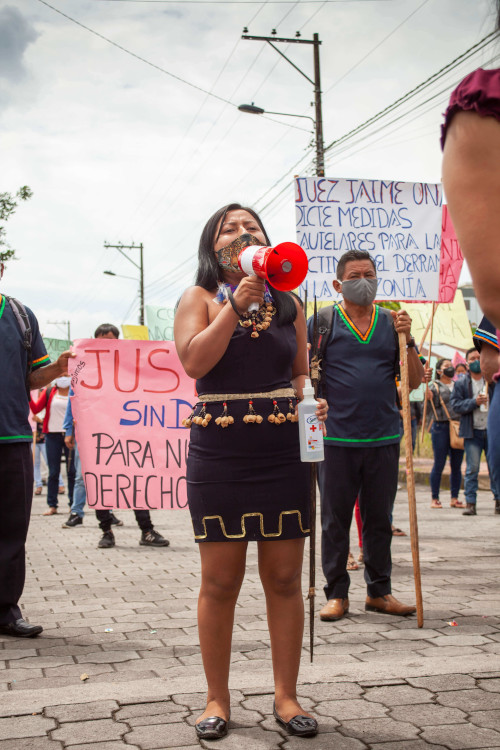 “THE JUDGE PLACED OIL INTERESTS ABOVE OUR RIGHTS. WE DEMAND JUSTICE. OUR FAMILIES STILL SUFFER FROM THE DISASTROUS IMPACTS OF THIS SPILL, AND WE STILL DON’T HAVE CLEAN WATER AND FOOD. OUR COMMUNITIES ARE UNITED TO DEFEND OUR RIVERS FOR FUTURE GENERATIONS.”

The Kichwa’s case once again reveals the oil industry’s hold on Ecuador’s judicial branch and its complicity in corporate impunity, state violations of Indigenous people’s rights, and systemic racism. Despite overwhelming evidence of rights violations submitted by Indigenous plaintiffs, experts and lawyers, and a clear failure to adequately respond by the government and oil companies, the Provincial Court of Orellana’s ruling sided with political and economic interests and abandoned the Kichwa, leaving them at grave ongoing risk.

“OUR RIVERS ARE POLLUTED, OUR CHILDREN ARE SICK, OUR FOOD GARDENS ARE RUINED, THE FISH HAVE DISAPPEARED. THE STATE AND COMPANIES HAVE NOT COMPLIED WITH THEIR OBLIGATIONS. THERE IS NO JUSTICE FOR INDIGENOUS PEOPLE. WE WILL FIGHT BACK.” 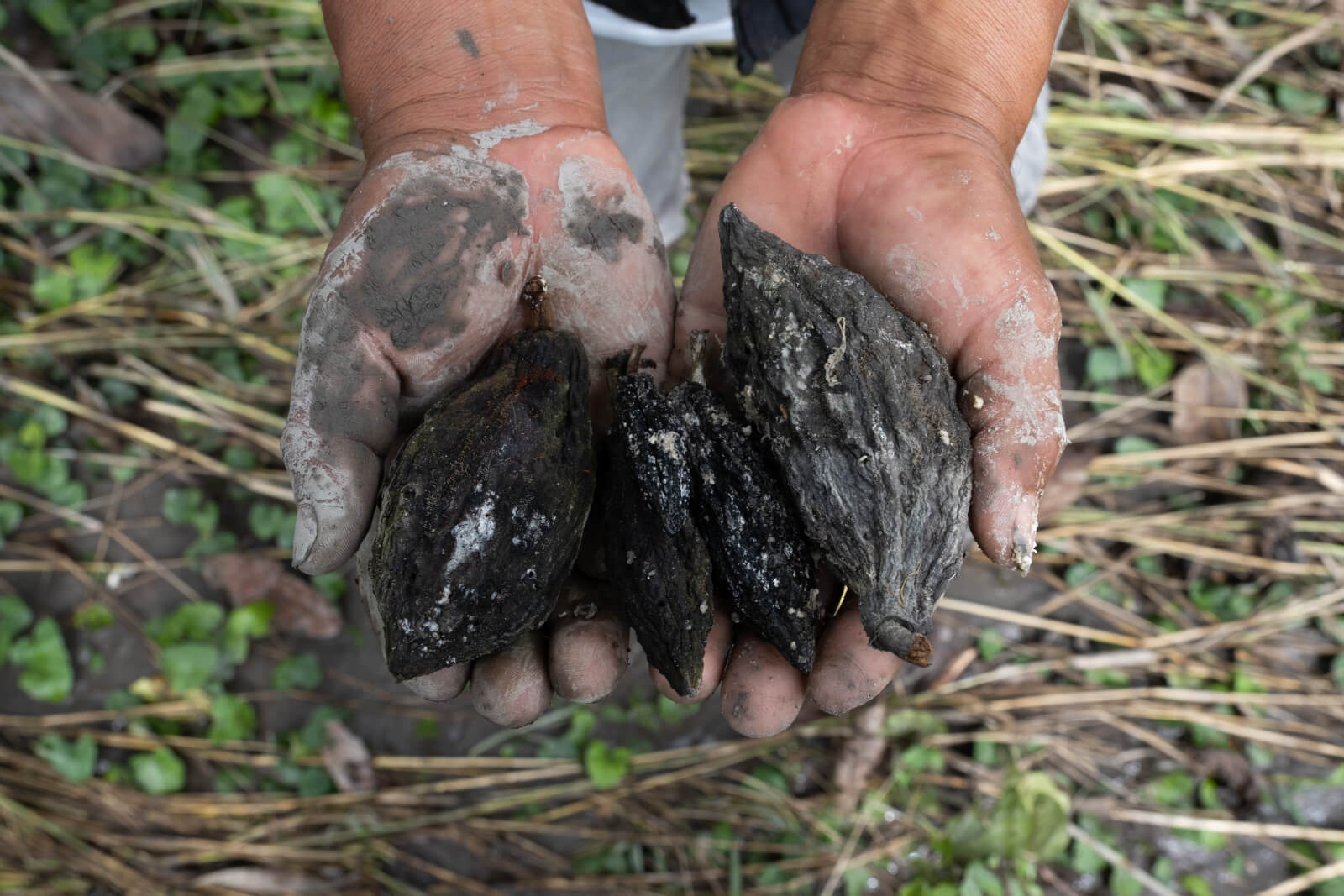 “OUR RIVERS ARE POLLUTED, OUR CHILDREN ARE SICK, OUR FOOD GARDENS ARE RUINED, THE FISH HAVE DISAPPEARED. THE STATE AND COMPANIES HAVE NOT COMPLIED WITH THEIR OBLIGATIONS. THERE IS NO JUSTICE FOR INDIGENOUS PEOPLE. WE WILL FIGHT BACK.”

Outrageously, the same judge who ruled against the Kichwa peoples’ lawsuit recently filed a criminal complaint against the plaintiffs and human rights defenders who brought the case. Today, Kichwa leader Carlos Jipa and Amazon Frontlines lawyer Maria Espinosa, among others, will be forced to testify in the Provincial Court of Orellana against baseless accusations of instigating “social unrest” through the organization of marches, mobilizations and advocacy on social media to demand justice for the Kichwa. Judge Jaime Oña’s dangerous misuse of the justice system to persecute and criminalize both victims and human rights defenders sends a chilling message across the globe that Ecuador’s courts are not a safe place to seek justice. Indigenous groups, civil society organizations and Ecuador’s Human Rights Alliance denounced Judge Oña’s criminal allegations, and vowed to support the fight against criminalization of human and environmental rights defenders.

The injustice of the Kichwa’s case is sadly not an anomaly in the country. The April 7,,2020 oil spill sits within a painful legacy of over half a century of oil contamination and violence against Indigenous peoples, dating back to the discovery of oil in Ecuador’s northern Amazon region in the 1960s. But this oil spill struck in the middle of the pandemic, greatly intensifying the threat to Indigenous communities’ survival. 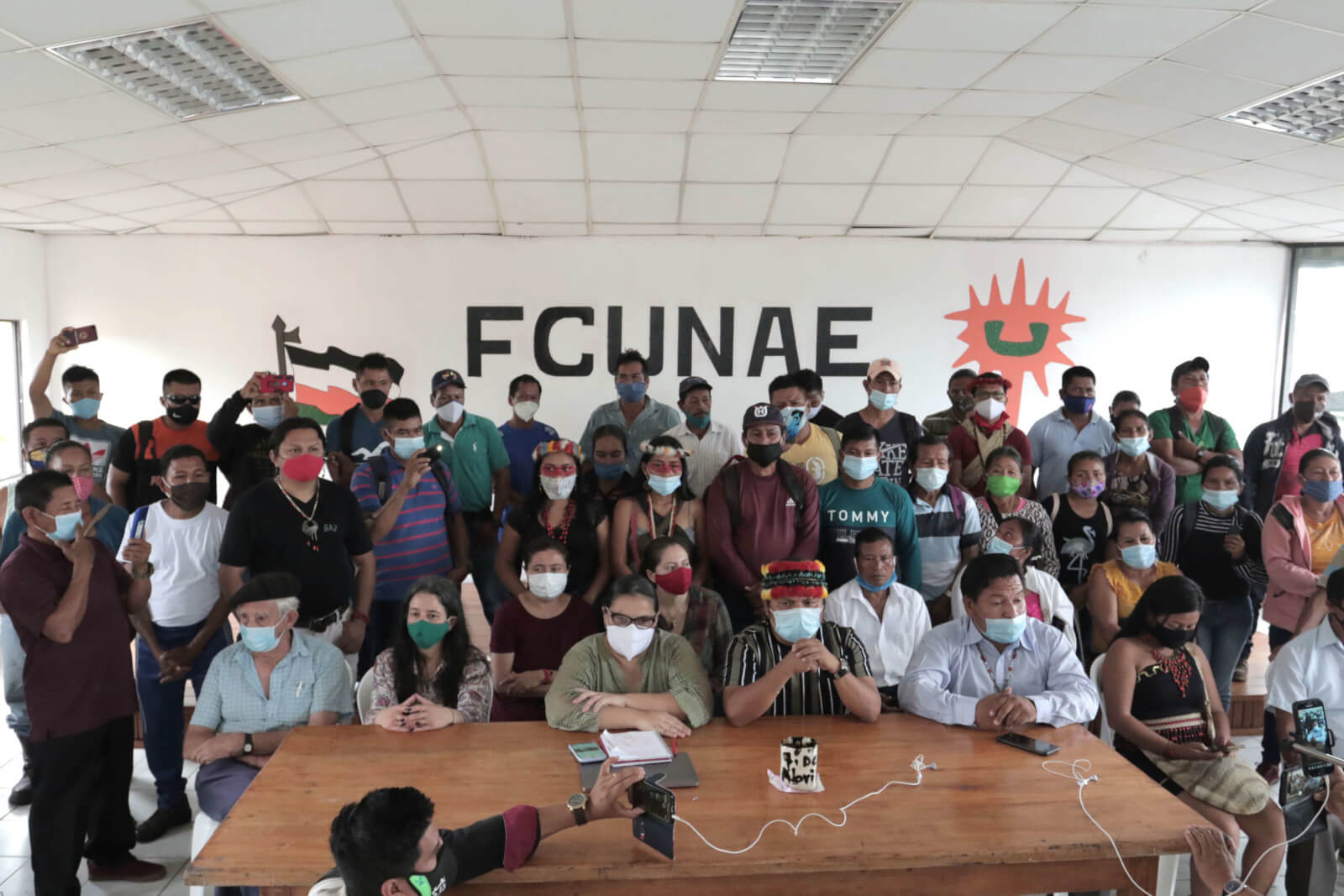 There are numerous legal cases filed by Amazonian Indigenous peoples against oil industry abuses still underway in Ecuador. Among them are a 25-year legal battle against oil giant Chevron-Texaco and the Waorani peoples’ lawsuit against oil companies responsible for a spill on the Shiripuno river in November 2020. Although justice lags in many cases, Ecuador’s Indigenous movement has made huge strides to advance Indigenous rights in the country in recent years and won several unprecedented legal victories against industry interests. From the Waorani people’s victory against big oil to the Kofan of Sinangoe’s victory against gold mining to the more recent landmark ruling against the oil industry’s practice of gas flaring, a string of victories testify to Indigenous peoples’ resilience and power to protect the Amazon and our climate from collapse.

Kichwa communities affected by the spill remain united and determined to fight back. In the coming weeks, as Ecuadorians return to the polls to choose their new President, the Kichwa will take their case to the Constitutional Court and escalate their demands for justice. Many Indigenous peoples fear that the two leading Presidential candidates are set to ramp up efforts to revive Ecuador’s debt ridden economy by expanding oil and mining extraction projects in Indigenous territories in the Amazon.

Like much of the world, Ecuador is at a moral and ecological fork in the road. Will the country’s leaders double down on destruction and the trampling of Indigenous rights, or will they usher in a new era of justice by enforcing the Constitution and embracing Indigenous-led conservation of its most precious resource, the Amazon rainforest?

Help spread the word today by sharing this story with your friends and family. Let’s all stand in solidarity with the Kichwa as they demand #JusticeForTheAmazon!