A brief history of the ClearWater Project

The water program began with a question posed to members of the indigenous nationalities affected by oil contamination in the northern Ecuadorian Amazon: if we could fund a project in the region, what would you consider the most important objective and how would you like to see this project carried out? The resounding answer was ‘clean water,’ and the nationalities expressed that they wanted capacity training in the process. With support from project founder Mitch Anderson, musician Raymond Garvey and his foundation Saving an Angel, and Rainforest Fund, ClearWater was born in 2011 to meet that goal. 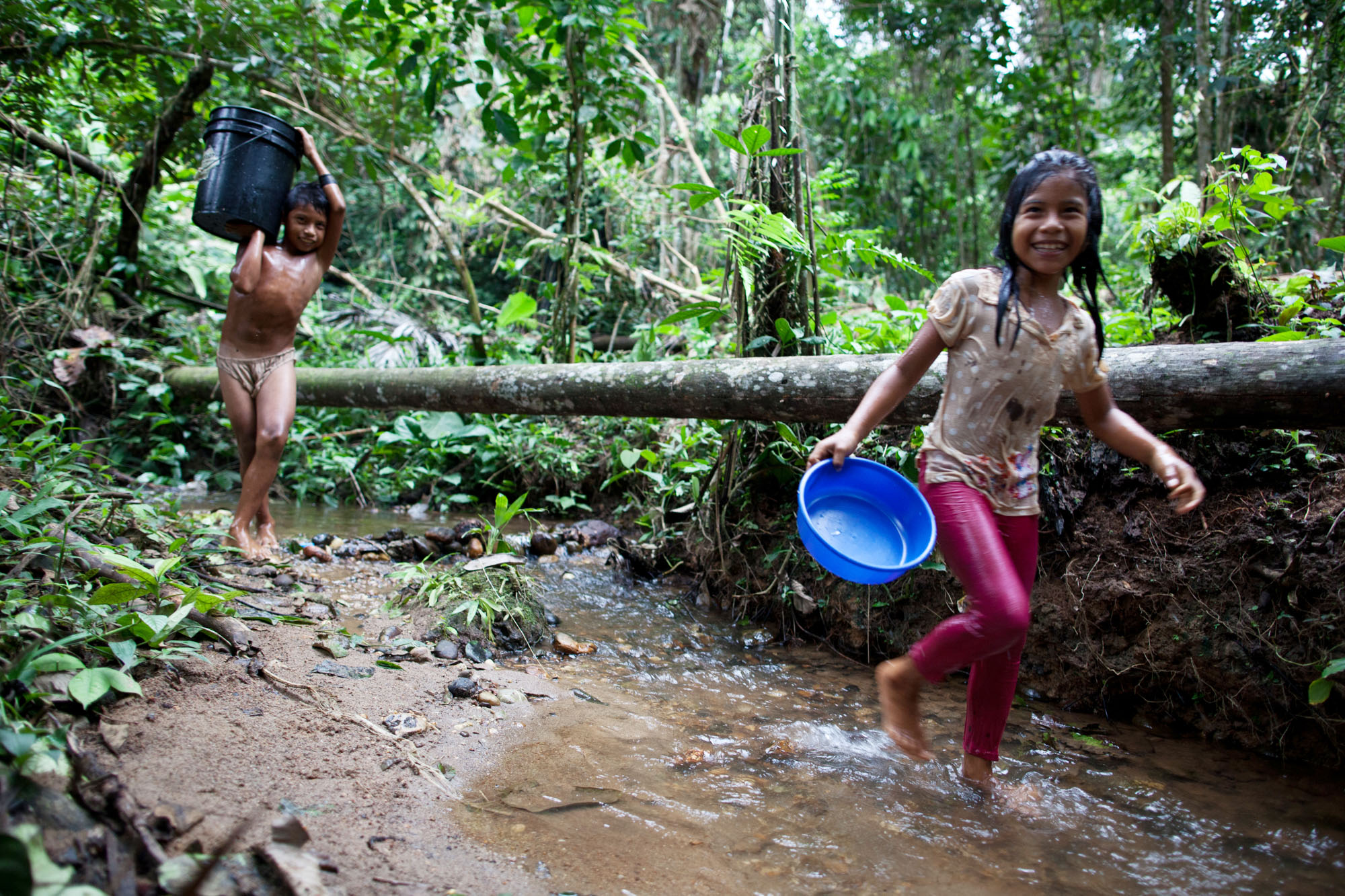 Waorani children collect water near the community of Yawepare, 2013

The toxic legacy of the American company Texaco, and ongoing contamination by the Ecuadorian State oil company and various international oil companies, had created a public health crisis in the northern Ecuadorian Amazon. For the indigenous and farmer communities of the region, access to clean water for drinking, bathing and cooking had become a dire situation; diseases like cancer and birth defects were at tragically high levels. 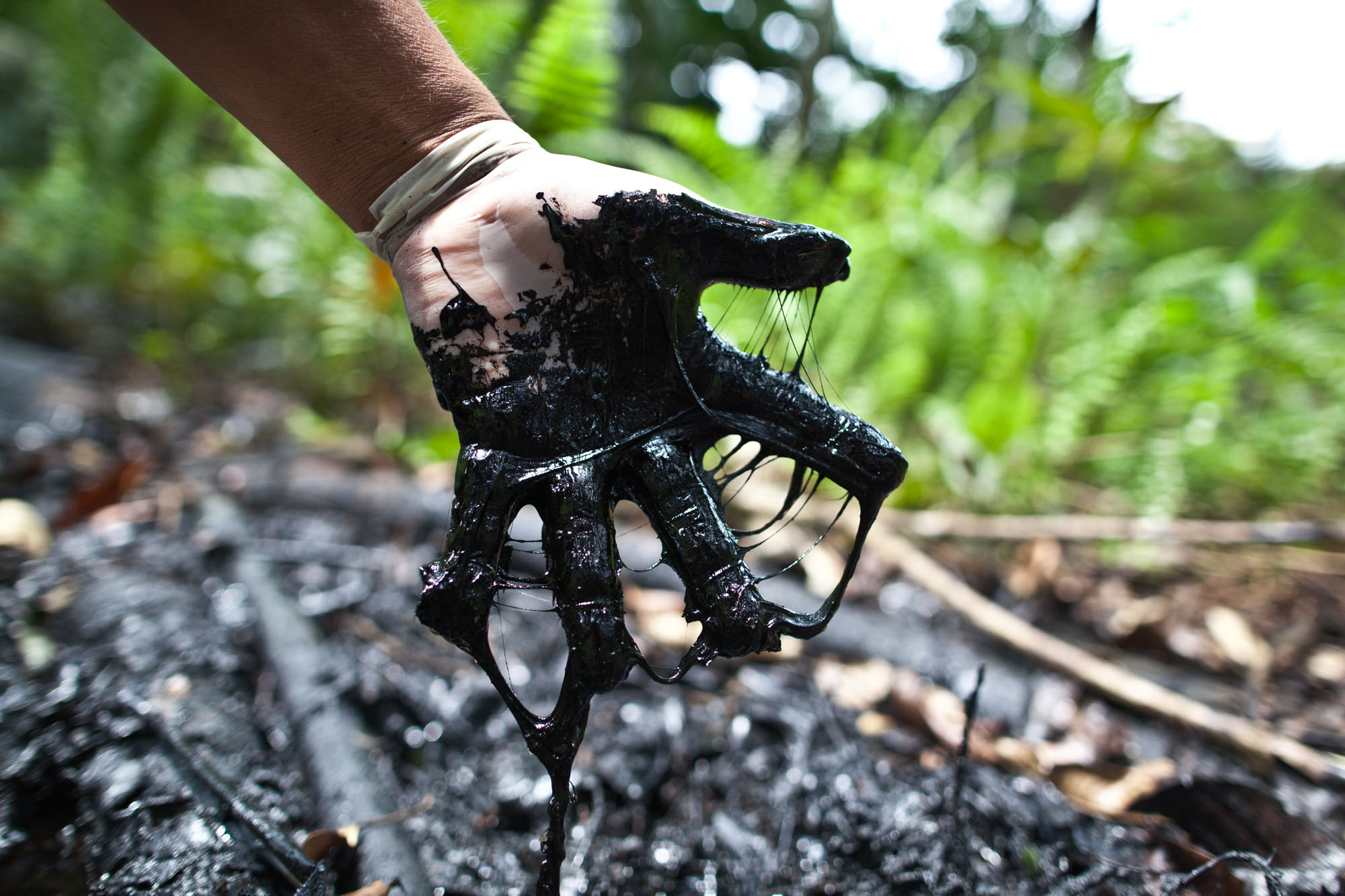 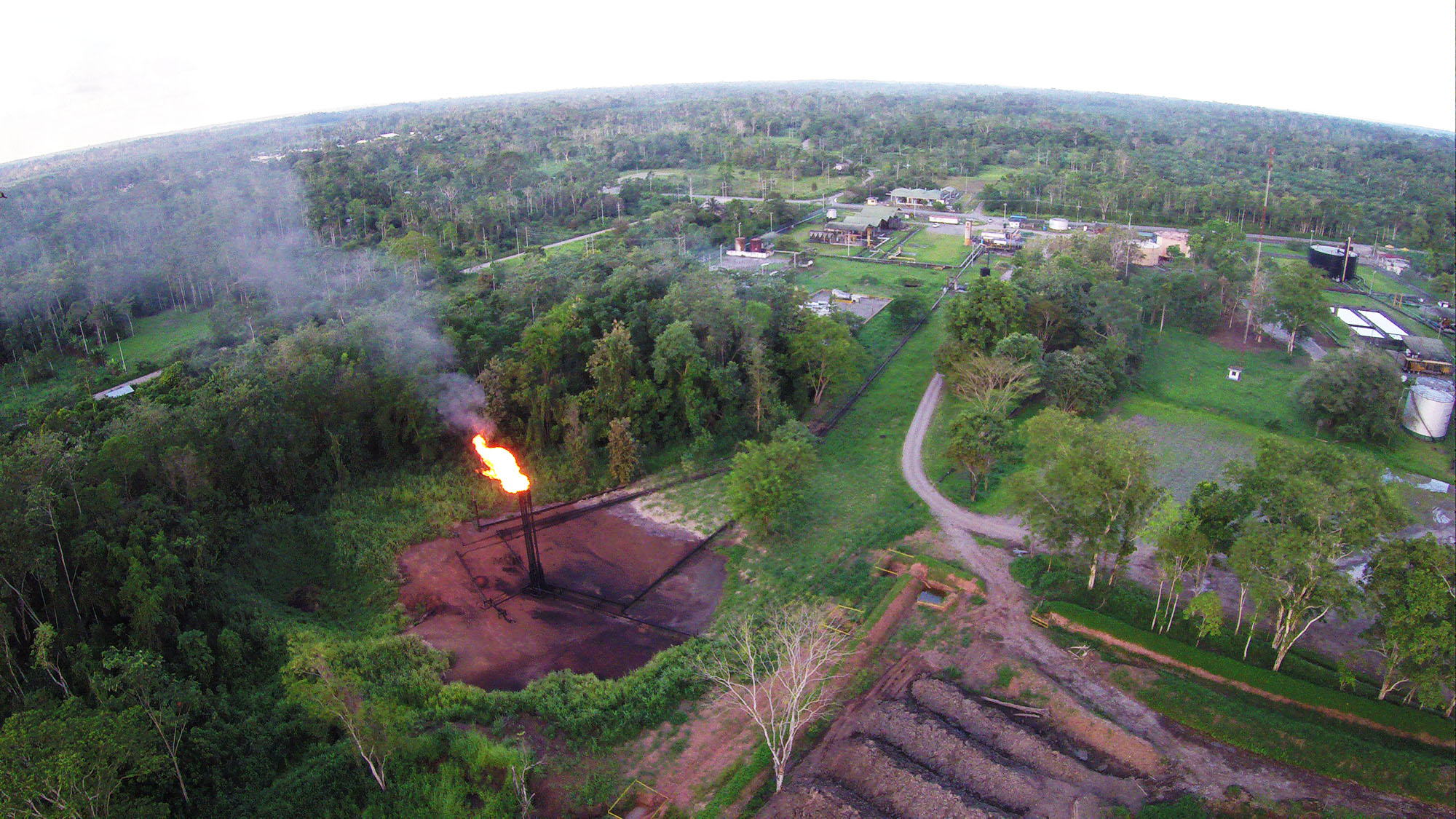 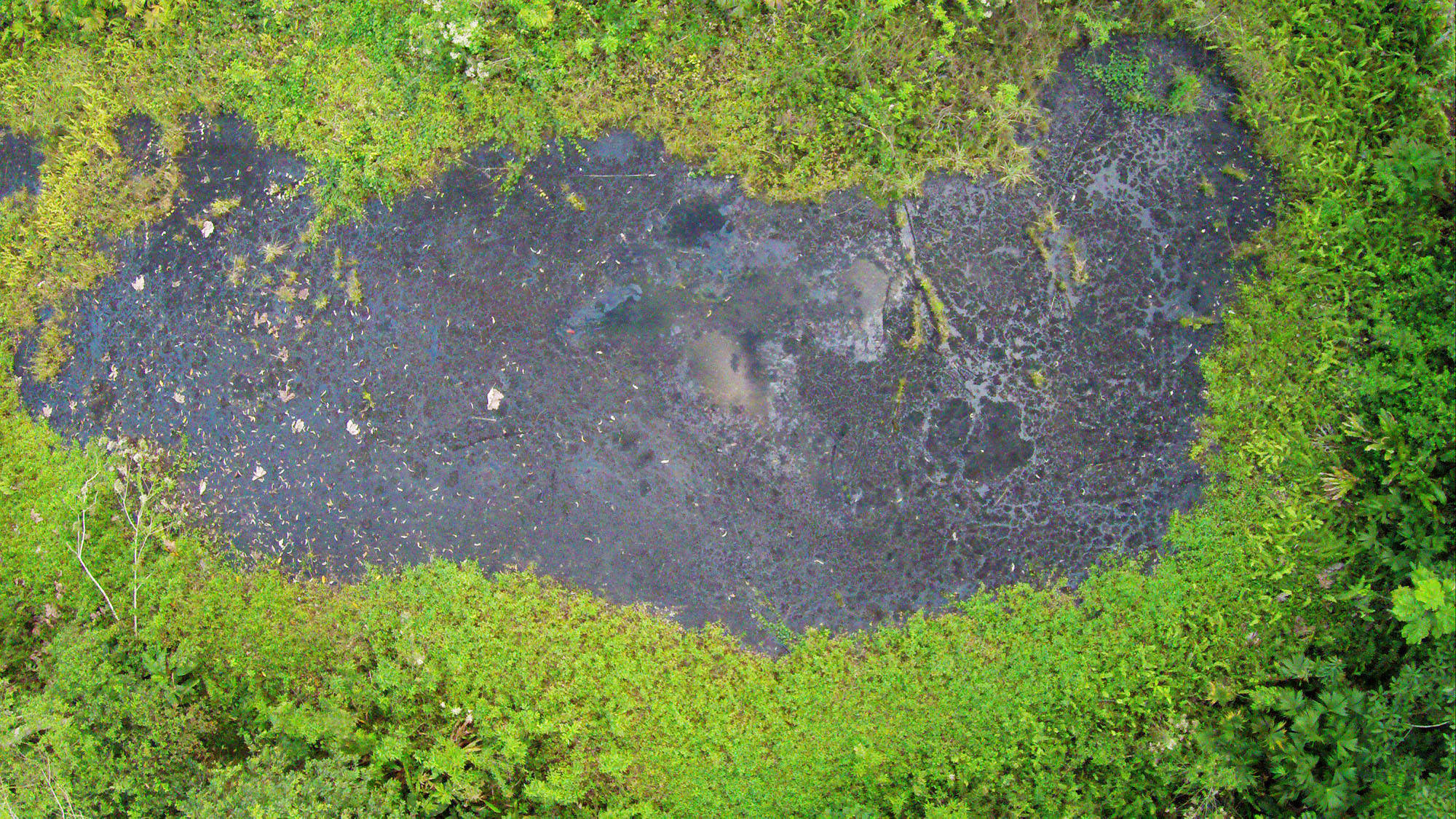 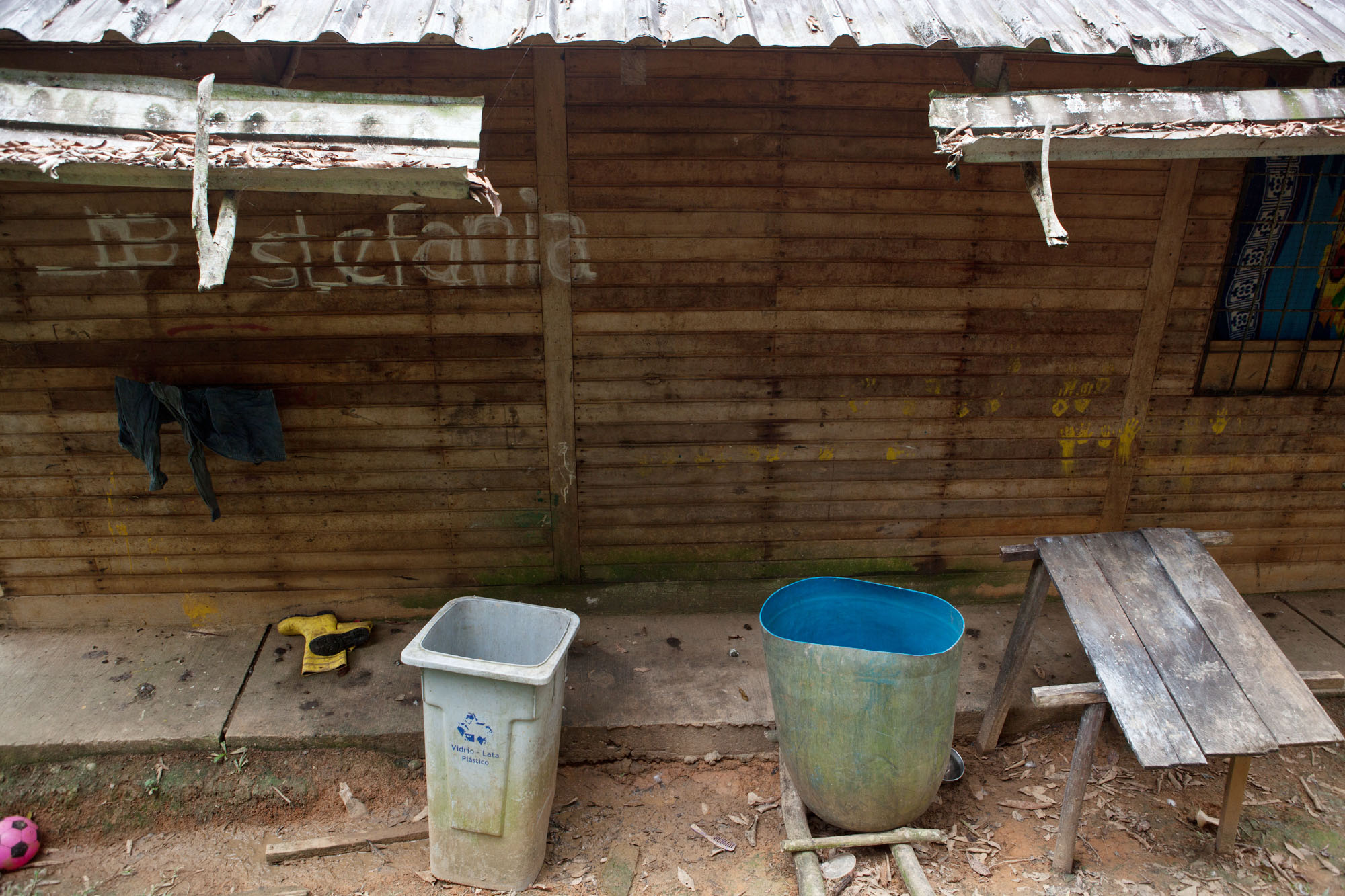 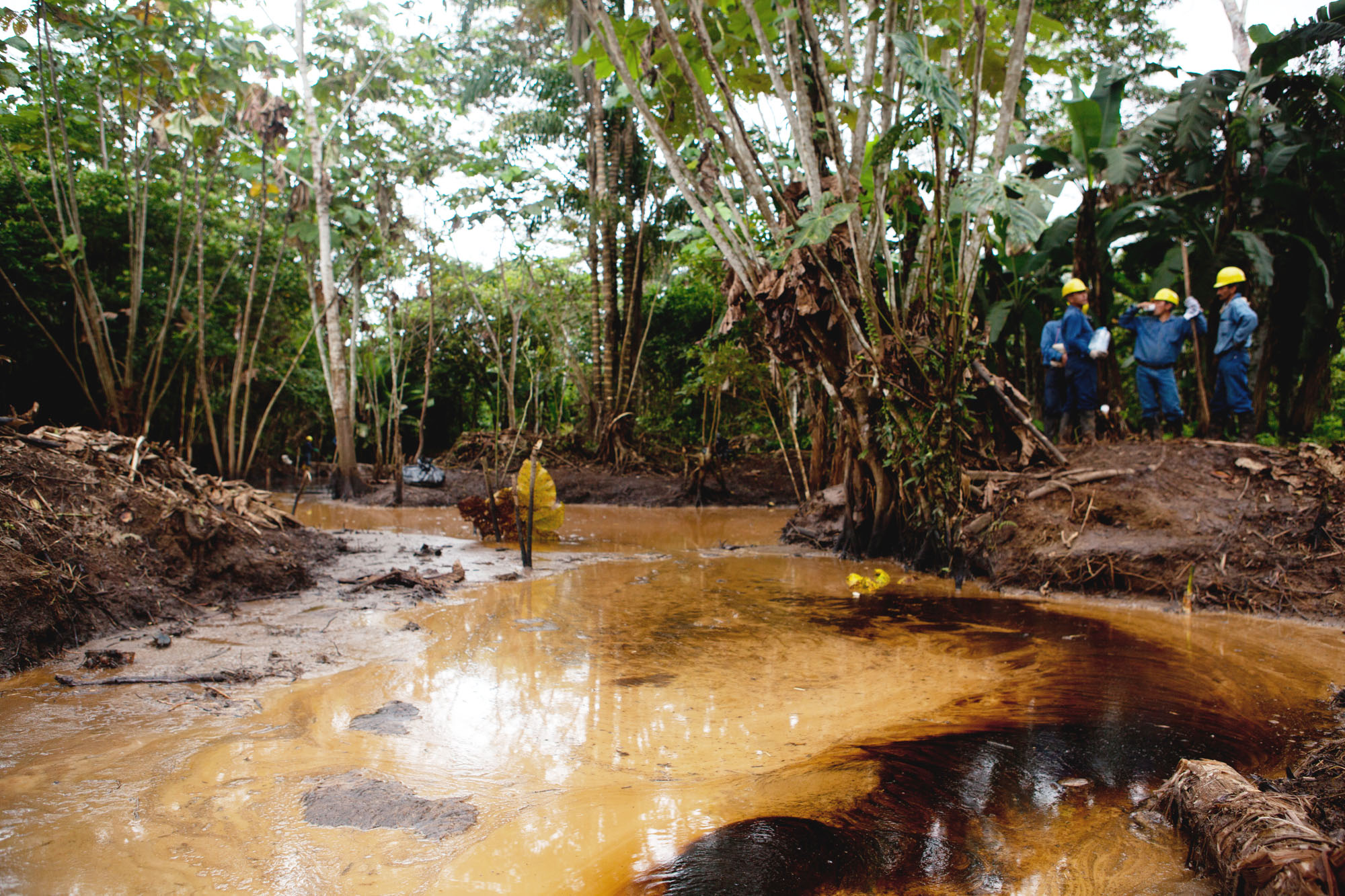 From top to bottom: a gloved hand displays crude left by Texaco, now an iconic image of the Ecuadorian Amazon; an open waste pit operated by Texaco near Shushufindi; a gas flaring tower, one of hundreds, burns 24 hours a day; a July 2013 oil spill affected communities of the Kofan, Siona and Secoya nationalities living immediately downriver; a pre-ClearWater rainwater collection solution in Waorani territory.

The Ecuadorian Amazon has a history of failed development projects. From ClearWater’s beginning the goal was to do a different kind of project: one that would empower local community members who would feel ownership over the process. We wanted to avoid the typical top-down approach of international development in which outside technicians come in to a region, install a system and leave. The vision for ClearWater was that local technicians from the communities would build the systems and that families would know how to maintain them for the long term. A small international team would be present to support the project as needed. We wanted to live in the Amazon in order to better understand the reality of life in the communities of the four nationalities and to share in the day-to-day building of a grassroots project. 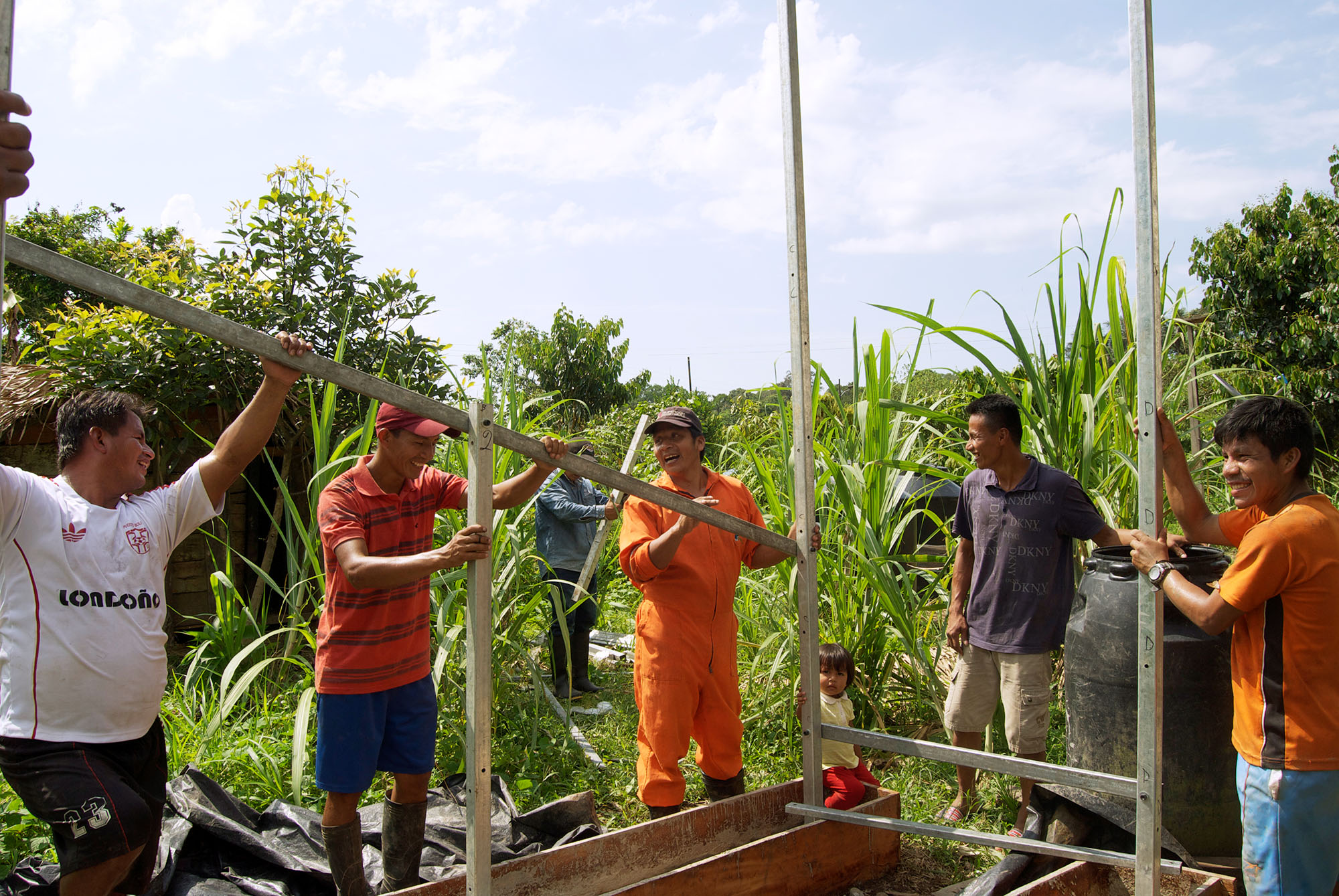 The project began under the umbrella of, and with support from, the Union of Peoples Affected by Texaco (UDAPT). Over the next few years, hundreds of rainwater catchment systems were built by dozens of local community technicians, project coordinators were trained in each nationality to manage the installations, and a project director from the Kofan nationality, Emergildo Criollo, led the process with support from that small international team.

The ‘Proyecto de Agua’ was the first time we, the community members, were given the responsibility to carry out a project. Now that we’ve done it successfully we know that we can do other projects in the future. 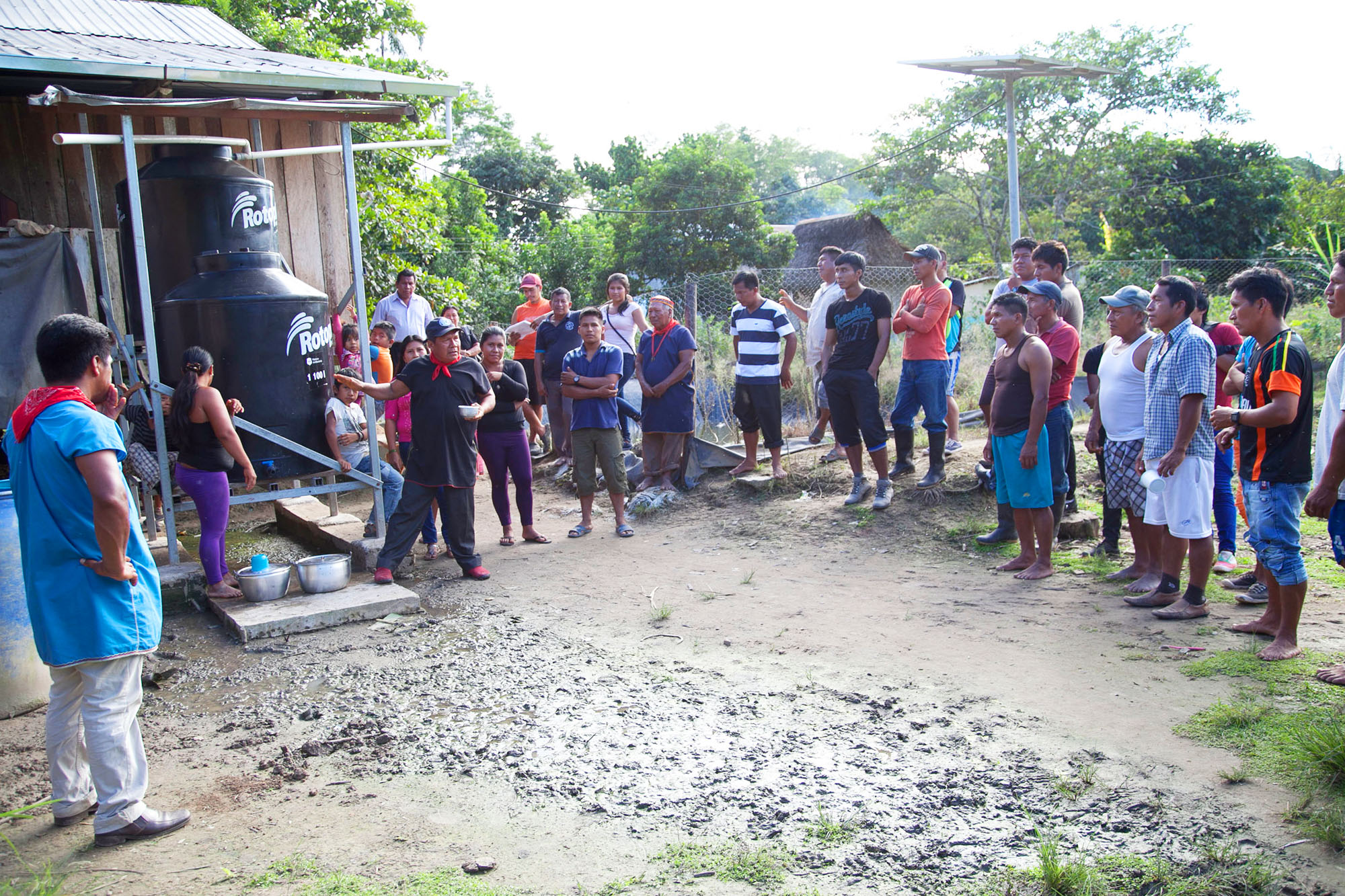 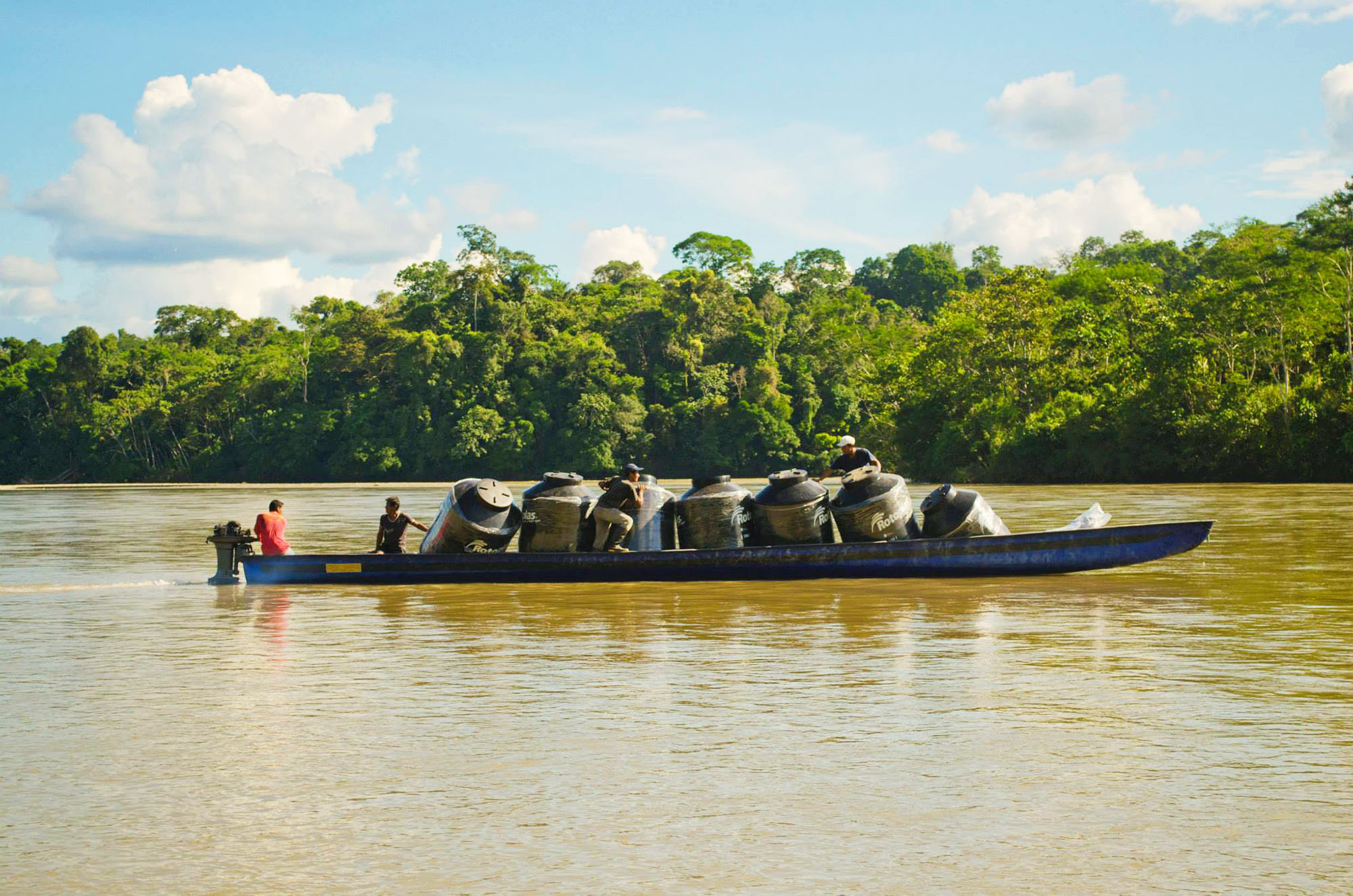 Clean water and health was the most immediate and urgent need. As the project expanded and families gained access to clean water and health improved, and as the nationalities came together in a spirit of collaborative work, local coordinators began to set their sights on broader issues. They recognized that their nationalities faced many of the same challenges and threats: the loss of their rainforest territories and ancestral cultures at the hands of extractive industries and colonization; the possible disappearance of their way of life. They recognized that they had a lot to gain by working together.

The training, experience, and connections both locally, between communities, and internationally, with a growing network of allies, led the four nationalities to form their own organization to address these challenges and threats in their own way. Ceibo Alliance was born. Today, the water project ClearWater operates within the Building Solutions thematic area of Ceibo Alliance, continuing to reach more communities and bring more people together. “Water is life” has become an international battle cry for Earth Defenders worldwide. In the Ecuadorian Amazon it’s the concept that brought four nationalities together to start their own movement for rainforest protection and cultural survival. 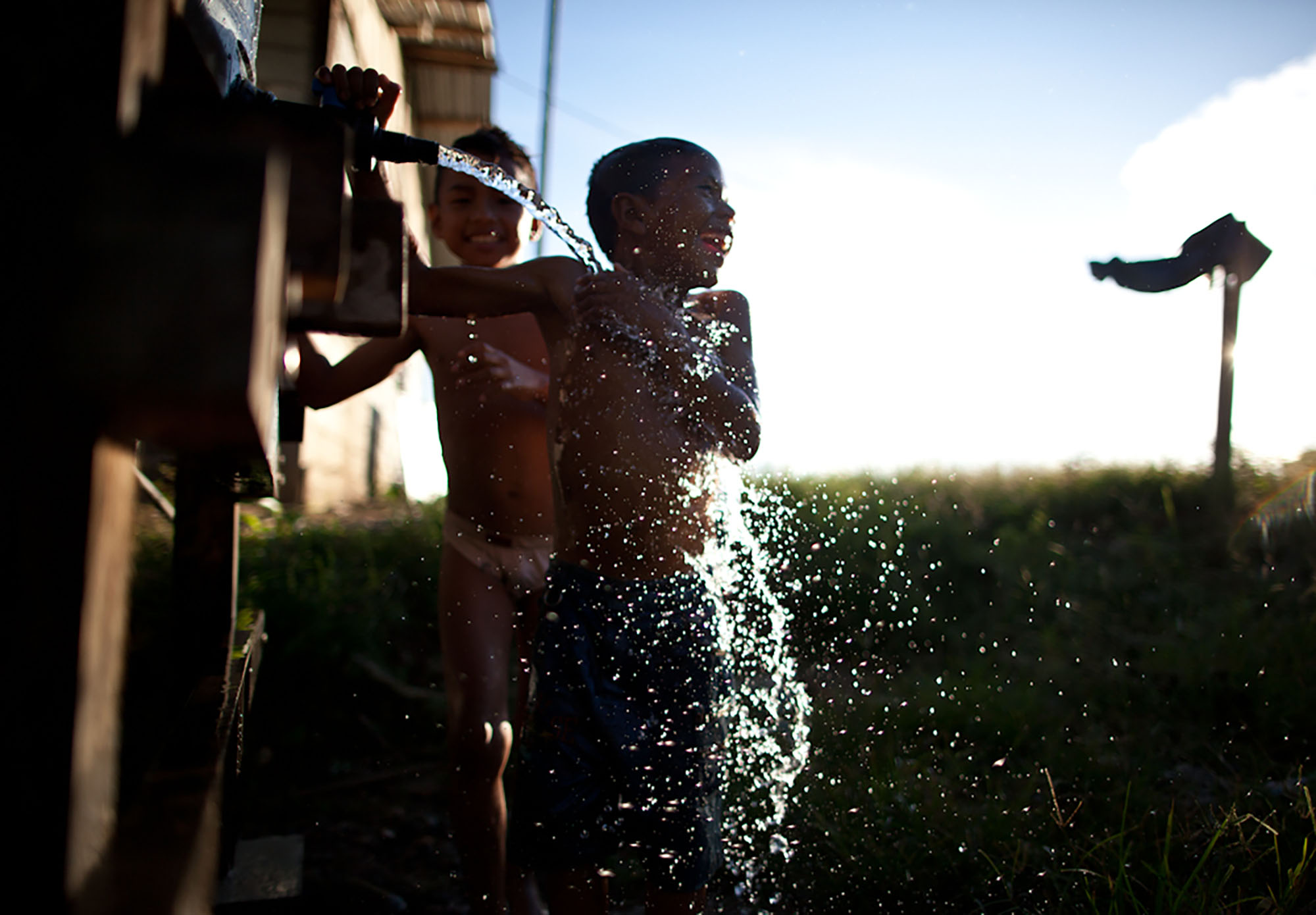 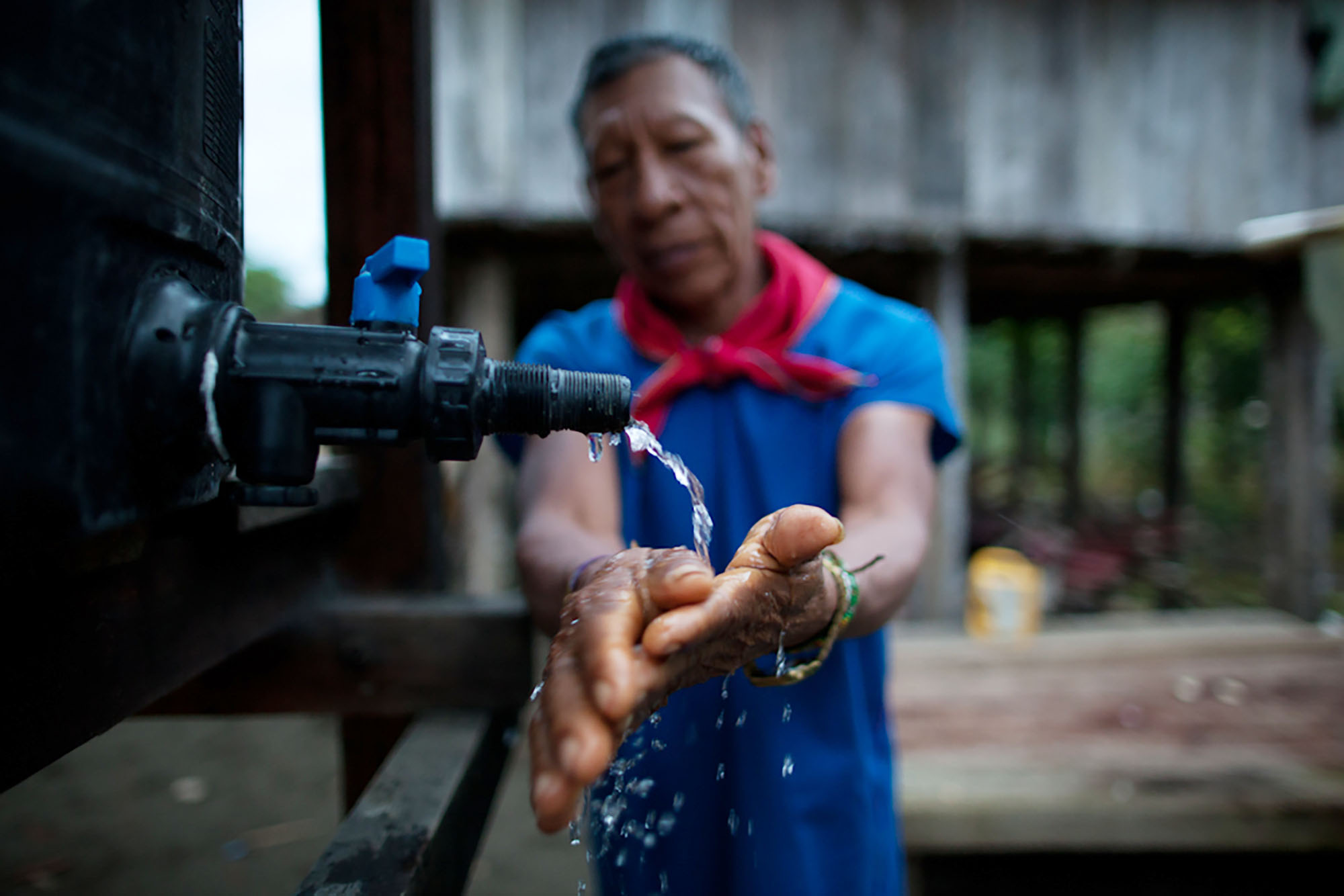 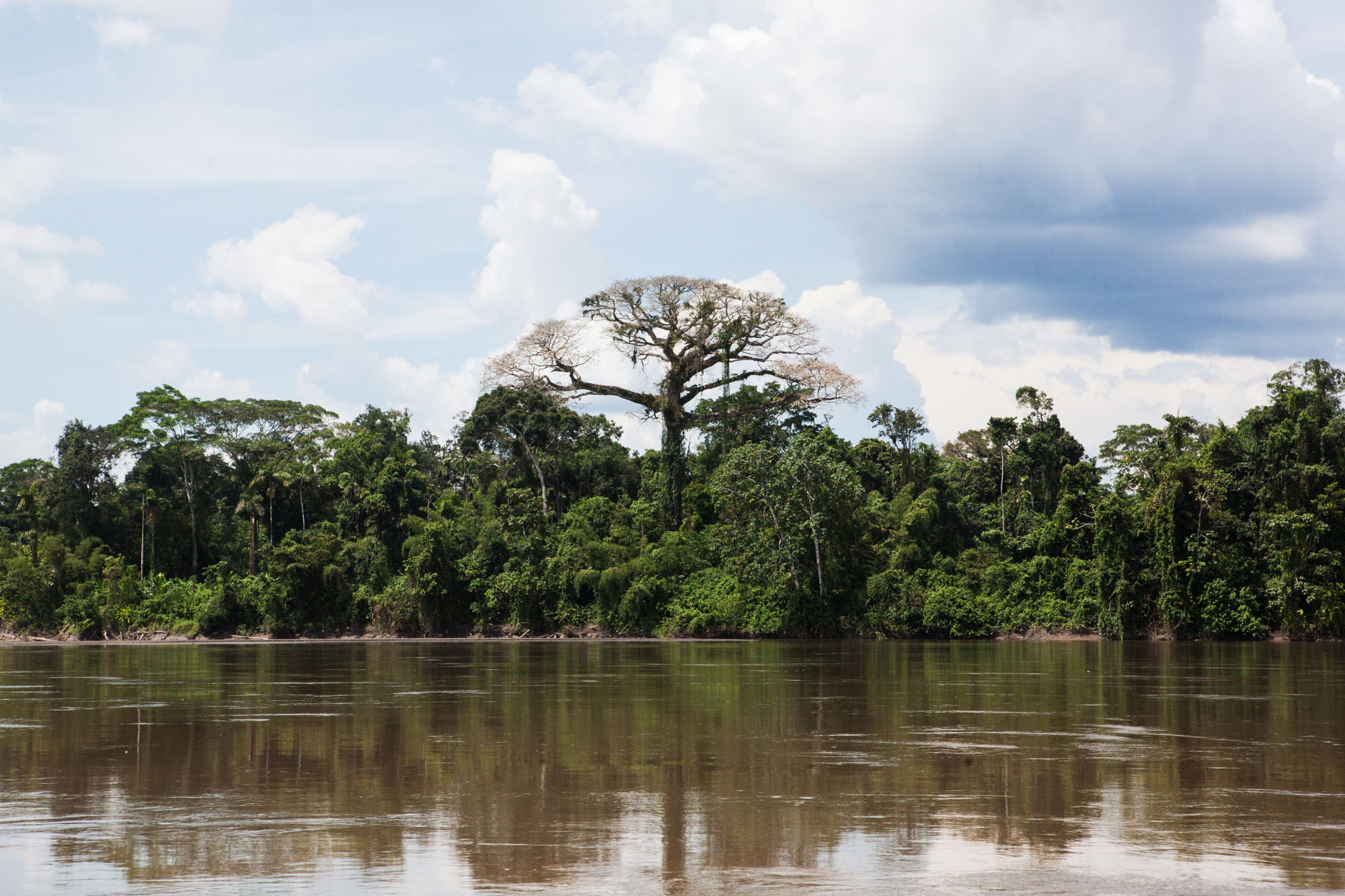 Visit the ClearWater website to learn more about the project that transformed a region and created a movement for cultural survival and rainforest protection. www.giveclearwater.org