From Big Oil to Palm Oil:

Transforming the Ecuadorian Amazon into Monocultures

For decades, the Ecuadorian Amazon has been the epicenter of one of the most polluting oil operations of all times. The oil boom initiated by Texaco in the 1970s is well known as the main driver of deforestation in this strikingly biodiverse forest, home to many indigenous nations. Once the roads have been built for pipelines, oil wells and oil pits, wave after wave of colonists come to clear the forest and establish pastures and agriculture. This drastic conversion has resulted in the loss of over 1 million acres of pristine rainforest since 1990.

However, over the past two decades, one “colonist” has been increasingly expanding in the Ecuadorian Amazon, and without much attention from the public: the African palm oil industry. Radically transforming extremely rich ecosystem into monocultures over large tracts of land, the palm oil industry now occupies over 160 000 acres in the Amazonian provinces of Sucumbíos and Orellana alone, and continues to encroach further and further into indigenous ancestral lands.

Palm oil plantations have more than doubled in Latin America since 2001, and Ecuador is now amongst the top 10 producing countries in the world. One needs to fly over Amazonian palm plantations in order to fully grasp the impact of such large operations. In the province of Sucumbíos, in the Northern Ecuadorian Amazon, blocks of forest covering more than 30 000 football pitches have been converted into palm monocultures.

This satellite view of ancestral lands of the Siona and Secoya indigenous nations (on the right), close to the Aguarico and Shushufindi Rivers in the Ecuadorian Amazon, shows how drastic of a shift in land use the palm plantation industry is (on the left).

In this area of the Amazon, two main players control the market: Palmar del Rio, and Palmeras del Ecuador – a subsidiary of Danec S.A. These Ecuadorian companies own over 50% of all palm plantations in the region and buy in bulk from the vast majority of the smaller producers. Interestingly, despite its constant growth, palm oil production in the Amazon is not very profitable, and thus depends on massive subsidies and large-scale operations in order to be successful.

One of the main challenges for the palm oil producers is the need for large amounts of fertilizers and pesticides in order to improve their crop yield, to compensate for the nutrient loss resulting from deforestation, and to control insect and fungus infestations. Companies also have to invest massively in the development of new hybrid trees that can resist infestations. These three necessities – pesticides, fertilizers and research and development – require the investment of millions of dollars each year. According to data (2013) from the Ecuadorian government, a palm plantation owner spends on average seven times more money on fertilization and insect and disease control (702$/hectare) than on the actual harvest (100$/hectare) in the first year of harvest.

The fact is, replacing one of the richest and most complex forests in the world with a single-plant system involves high risks for insect and fungus outbreaks, a reality which the Ecuadorian company Palmar del Rio, like many others, learned the hard way. Back in 1998, after clearing nearly 25 000 acres of Amazonian rainforest for its plantation near the town of Coca, this agribusiness lost every single palm tree due to a bud rot infestation, a widespread disease which has affected, and still threatens, hundreds of thousands of acres of palm plantations in Latin America. 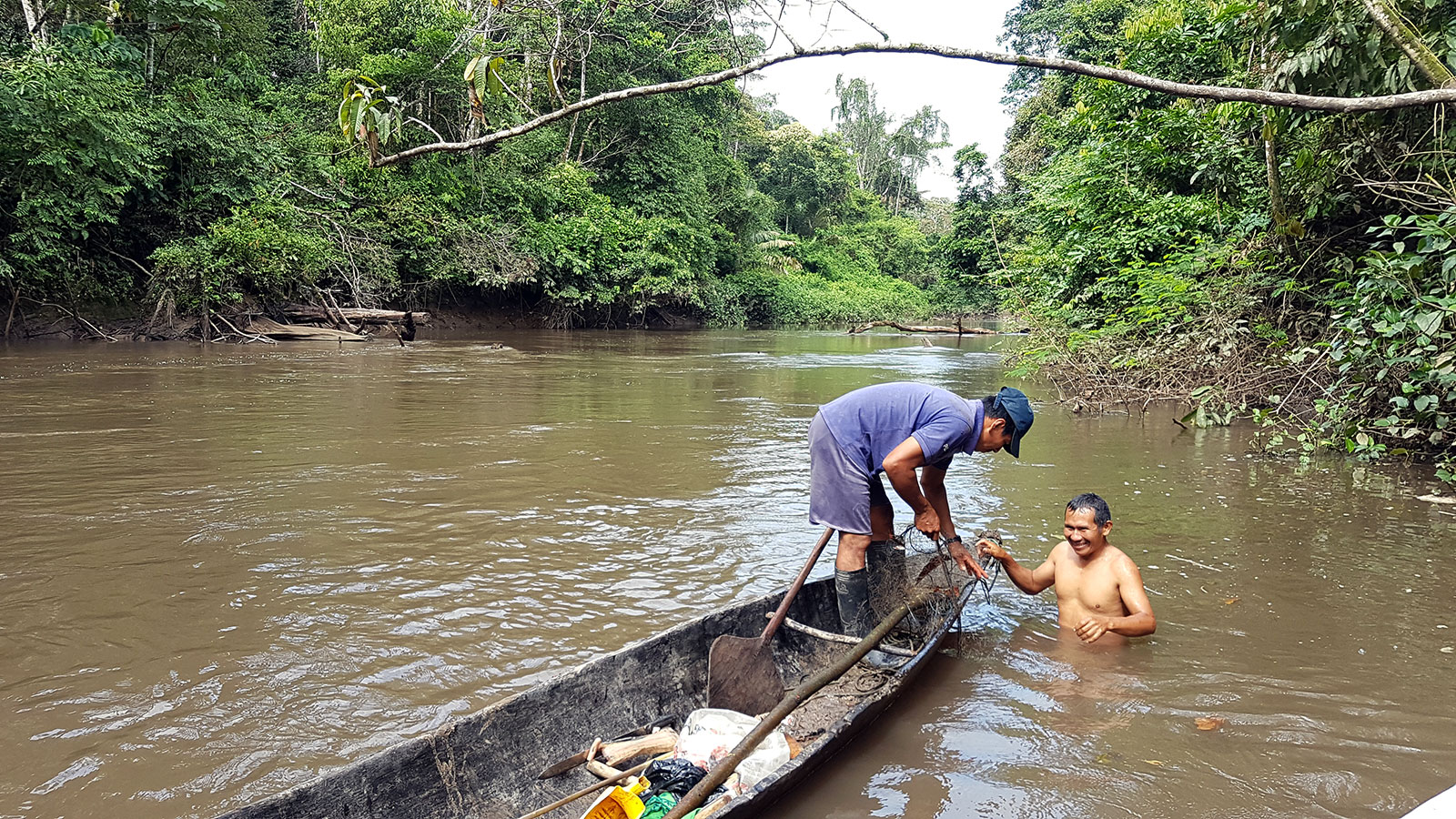 The Shushufindi River, surrounded by the biggest African Palm plantations in the Ecuadorian Amazon, is also the main source of fish for the indigenous Secoya community of Bella Vista. Concerned by the chemicals used by the palm oil industry, the community is working with Amazon Frontlines and their indigenous partners of the Ceibo Alliance to measure the amounts of pesticides found in common fish eaten on a daily basis.

Despite these high risks, the loss of primary forests to palm oil production is increasing in the Amazon, and the consequences go far beyond deforestation, biodiversity loss and carbon emissions. Almost all Amazonian palm plantations in Ecuador are located upstream from ancestral Secoya and Siona lands. Streams and rivers crossing entire plantations and accumulating herbicides, insecticides, fungicides and fertilizers also pass through communities, contaminating essential drinking and bathing water, as well as the fish they eat and the soils they use. When you depend upon the forest and river for survival, a 50 000-acre palm plantation is not a good neighbour to have.

Facing these threats to their health and safety, many Siona and Secoya communities have decided to work with Amazon Frontlines and the Ceibo Alliance to monitor contamination levels in the fish they catch. In mid-2018, our teams initiated a pilot project measuring pesticides, heavy metals and hydrocarbon levels in small local fish and secondary catchments from the Shushufindi River. Through our monitoring program, we hope to empower communities by allowing them to gain vital information about the changes and threats to their surroundings, and gather robust evidence which they can use in order to advocate for their rights for greater territorial protection. 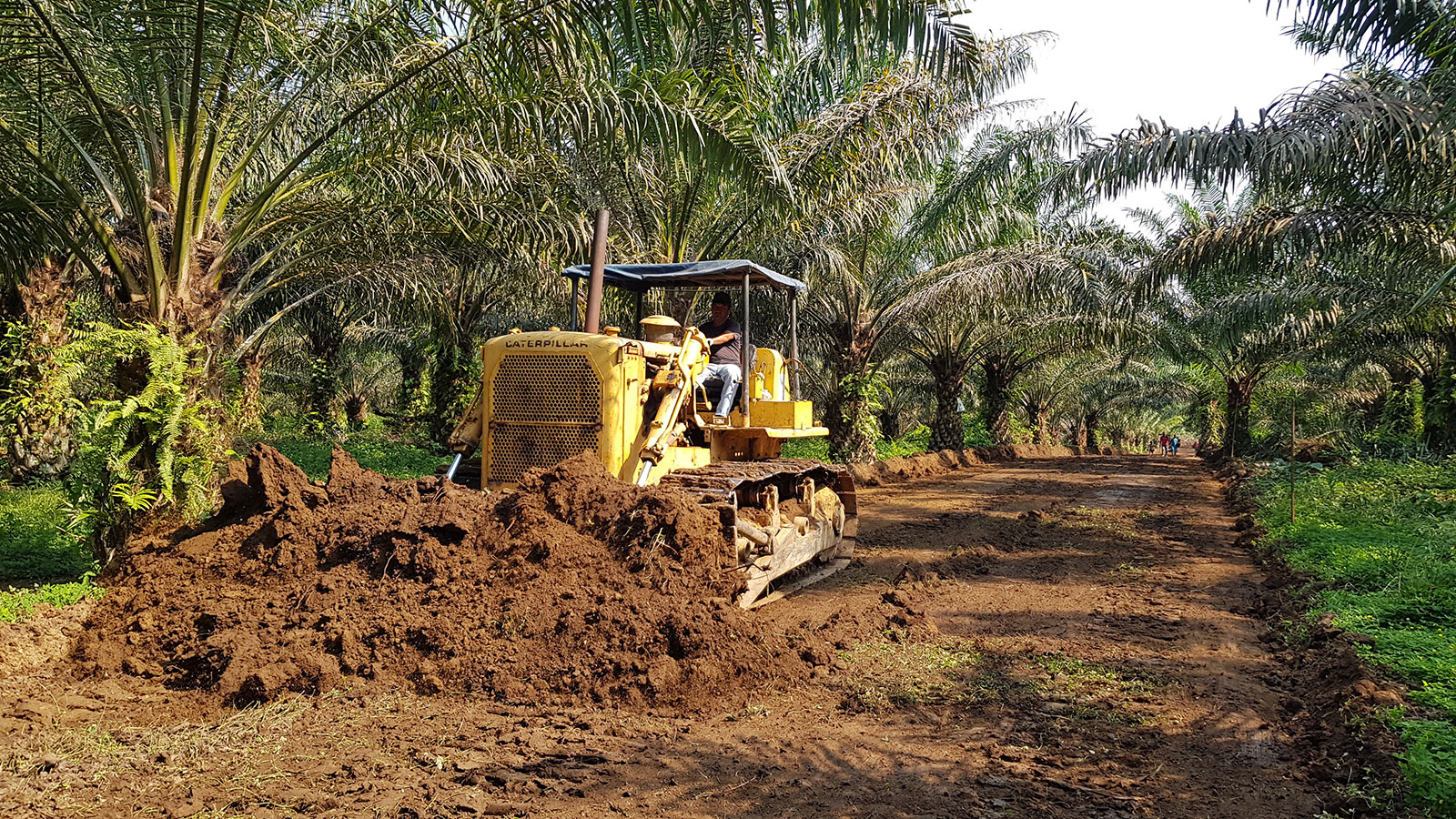 Transforming the most biodiverse forest on Earth with a single-tree plantation has profound consequences on biodiversity and climate, but also on indigenous people’s health. Stay tuned for our second blog on palm plantation and indigenous health.