Washington, D.C. July 17th, 2018.- On July 14th, 2018 the Inter-American Commission on Human Rights (IACHR) granted precautionary measures to leaders and families belonging to the Siona people of Colombia. The measures were provided as a result of the persistent threats and risk of extinction faced by the Siona due to the interventions of armed groups operating within their lands.

“Despite the signing of the Peace Accords, peace has yet to materialize for many indigenous leaders. Moreover, as experienced by multiple other groups in Colombia, the situation of risk remains critical,” said Francisco Quintana, Director for the Center for Justice and International Law’s (CEJIL) program for the Andean Region, North America and the Caribbean. “Now, the State will have no choice but to implement efficient, holistic and long-lasting measures to ensure the rights of indigenous people to their lands and preserve the way of life and integrity of the Siona.”

Through its decision, the IACHR acknowledged that the recipients of the measures live in a “situation of grave risk and urgency”, based on the threats levied against the Siona, the limitations they face moving within their own territory as a result of armed groups, the recruiting of indigenous youth and the existence of anti-personnel mines on Siona land. These factors not only endanger members of the community, but also affect their livelihoods, their governance and way of life. 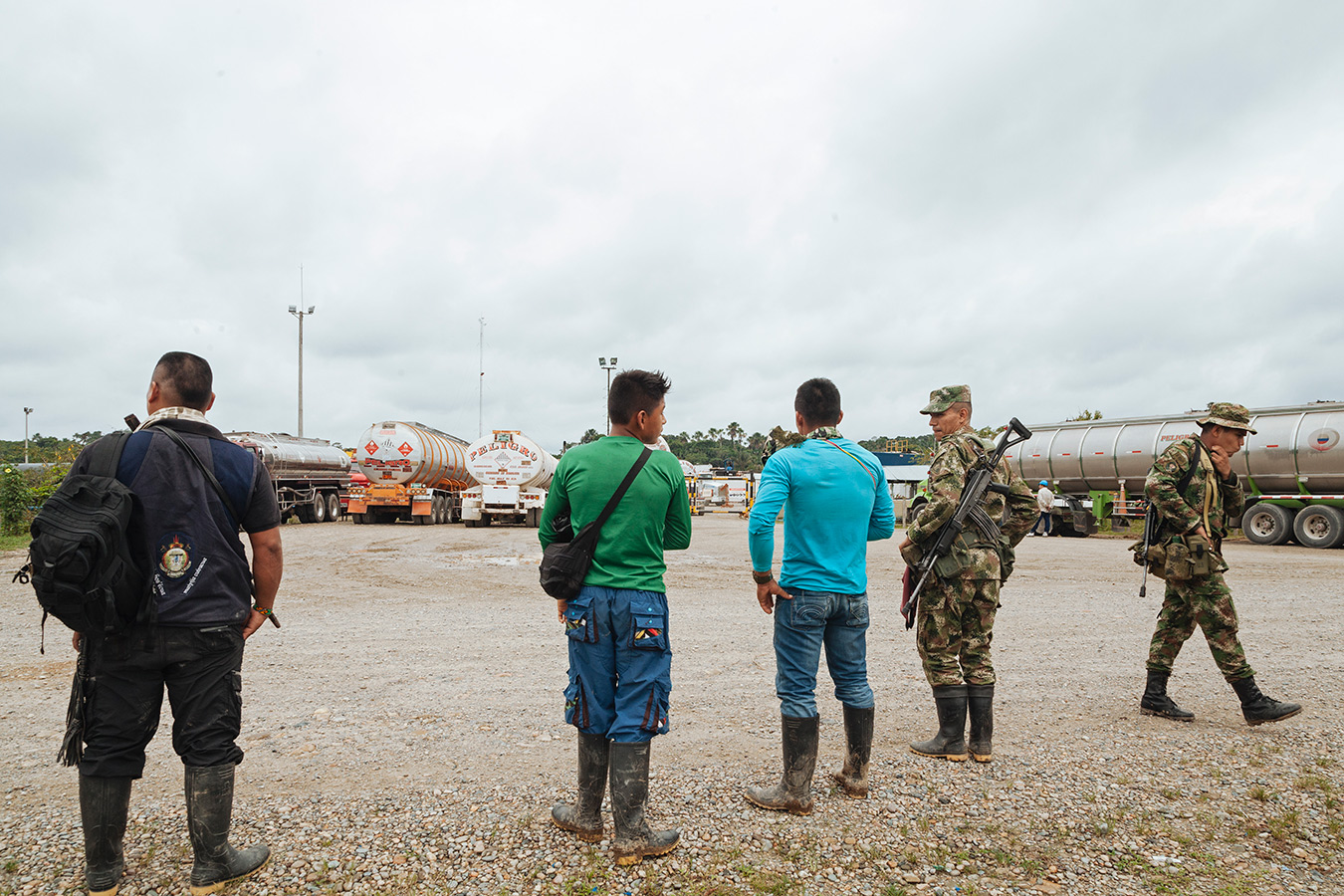 As a result, the Commission ordered Colombia to adopt cultural appropriate measures to guarantee the lives of the Siona people identified in the report so that they can live safely in their territory and continue with their cultural and subsistence activities. The IACHR also ordered the implementation of measures to protect the Siona leaders so that they can fulfill their mandates as indigenous heads of government, including the investigation of previously denounced aggressions. Additional items include the removal of explosive materials; prevention of the recruitment of young people, among others.

Faced with this decision, the Governor of the Siona Reservation of Buenavista Mario Erazo Yaiguaje indicated that it is important for the representatives of the Colombian State to make contact with the political and traditional authorities of the Siona People of the Gonzaya (Buenavista) and Po`Piyuya Reservations (SantaCruz de Puñuña Blanco) as soon as possible to arrange the urgent, effective and integral implementation of the measures proposed by the IACHR. Likewise, he pointed out that it will be necessary that, during the period of the government’s transition, those responsible for outgoing and incoming state budgets ensure that suitable human, financial and technical resources are allocated for the implementation of the recommended measures.

“It is imperative for these measures to be implemented fully and immediately. If the State acts quickly and together with us, we will be able to protect our lives and our territory,” the leader said.

The Siona People live on the banks of the Putumayo River. The community has a population of approximately 2,578 members distributed across six reserves and councils spread across 194,000 hectares of land located between the municipalities of Puerto Asis, Puerto Leguizamo, Orito, Mocoa and the border area with Ecuador. Since 2009, the Colombian Constitutional Court declared 36 peoples, among them the Siona, at risk of physical and cultural extermination, due to the internal armed conflict. Although the Colombian State has issued several judgments and laws intended to provide comprehensive measures of reparation and restitution of territorial rights, to date the implementation of these initiatives has been insufficient. This fact was verified during the 168 Period of Sessions of the IACHR last May. Since then, the situation of violence against indigenous leaders has taken a turn for the worse.

“We welcome this decision of the IACHR although we regret that the Colombian State has ignored the multiple complaints and claims that the Siona people filed over the past few years, especially those living along the Buenavista Reserve” stated Lina María Espinosa, lawyer and adviser to the Siona People and member of Amazon Frontlines. “Now the State must show its commitment to preserving the life and integrity of the Siona People and urgently implement the measures provided, following a process of prior consultation with them. We will be vigilant to the effective implementation of the measures. ”