Land Back in the Amazon

New map shows why Indigenous land-title is key to saving forests, rivers and our global climate

Here is a hard truth: if deforestation of the Amazon continues at its current pace, the world’s largest terrestrial carbon-sink will become a carbon-bomb within 15 years, undermining global efforts to stave off the worst-case scenarios of the climate crisis.

As world leaders look for answers to the climate crisis, we offer a few to share: Indigenous peoples hold nearly 50% of the intact forest in the Amazon, so let’s make sure they have what they need to protect it for generations to come! That means guaranteeing their right to decide over future extractive projects like oil or mining that affect their territories. That means bridging the vast inequalities in global philanthropy to get resources to Indigenous communities on the ground. And that means ensuring the ancestral guardians of these forests have permanent ownership and title over them. 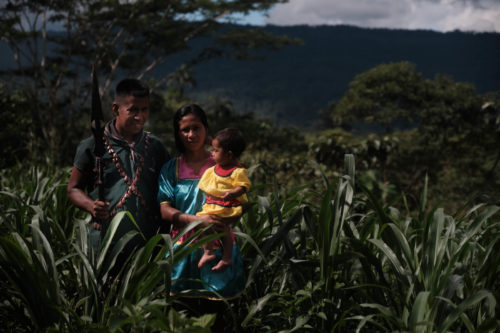 What follows is the story of the A’i Kofán community of Sinangoe, told by community leaders through an interactive map that aims to show the Ecuadorian government and the world why land-title is urgently needed for the people of Sinangoe—and for the forest they protect. Their forest contains over 4,000 species of plants, more than 50 species of medium and large-sized mammals (including jaguars, spider monkeys and the spectacled bear), up to 650 species of birds, and more than 100 species of reptiles and amphibians. The headwaters that spring from their land provide fresh drinking water for a quarter million people in the province of Sucumbios.

Sinangoe’s map tells how the community and it’s guardia indigena, or land-patrol, has been fending off manifold threats to this mega-biodiverse territory—from loggers, poachers, fishers and gold-miners. When the government auctioned off 52 mining concessions in 2018, threatening Sinangoe’s way of life and the headwaters region they protect, the community filed a lawsuit, leveraging the Rights of Nature and the internationally recognized right of free, prior and informed consent to win a historic lawsuit that nullified the concessions. 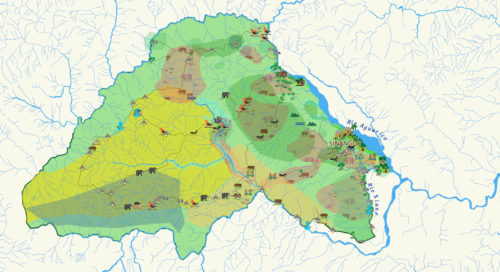 The story made international headlines, and Ecuador’s highest court recently selected the case to set national precedent on Indigenous peoples’ right to make the final decision on oil, gas or hydroelectric projects that affect their territories. The historic court hearing, to be held for the first time ever in Indigenous territory, will take place in November of 2021.

And all this, despite the fact that Sinangoe does not even legally own their land. The Ecuadorian government unilaterally declared Sinangoe’s ancestral homelands part of the Cayambe-Coca National Park in 1971, and the law prohibited them from holding land-titles. For decades, the A’i Kofán have been forced to renew five-ten year temporary land-use agreements at the government’s discretion. The same colonial legal framework currently impacts at least 1.5 million hectares of Indigenous homelands within unilaterally declared protected-areas nationwide. 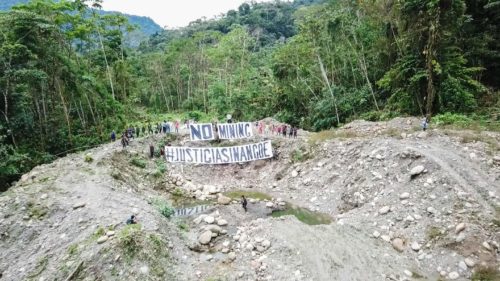 Despite the declaration of the Cayambe-Coca National Park as a protected-area, the government has shown little ability or interest in actually protecting it. Satellite imagery shows over 1,800 hectares deforested within the Park over the last twenty years, while Sinangoe’s land remains free of deforestation.

This is a global trend. Indigenous peoples hold and manage over half of the land on the planet, yet only 10% legally belongs to them. Studies have shown that securing legal land rights for indigenous peoples leads to less deforestation and carbon emissions, and “could generate billions of dollars in returns economically, environmentally, and socially — a boon not just for local communities but the global climate, as well.”

This map shows why, and provides a glimpse at the importance of long-term Indigenous guardianship in the battle to avoid a point-of-no-return for deforestation in the Amazon.