In defense of a forest homeland, a culture, a way of life

The Waorani peoples have defended their forest territory for centuries against invasion. Before the oil companies, the loggers, the rubber tappers, and even before the spanish conquistadors, the Waorani were known to the Incans (and to other contemporary tribes of the upper Amazonian-Andean region) as fierce defenders of the mountainous forests south of the mighty Napo River (in Waorani, Rio Totano or Capybara River) and north of the snaking Curaray (in Waorani, Ewengono or Scarlet Macaw River).

Today, the Waorani Nation numbers approximately 5000 people spread across 54 communities over roughly 2.5 million acres of some of the most richly bio-diverse and threatened rainforest on the planet.

Over the last half-century the oil industry (multinationals and the Ecuadorian state oil company) have opened roads for oil platforms and pipelines into the heart of the Waorani peoples ancestral lands, causing contamination, deforestation, unchecked colonisation, and an influx of illegal loggers and gold miners. 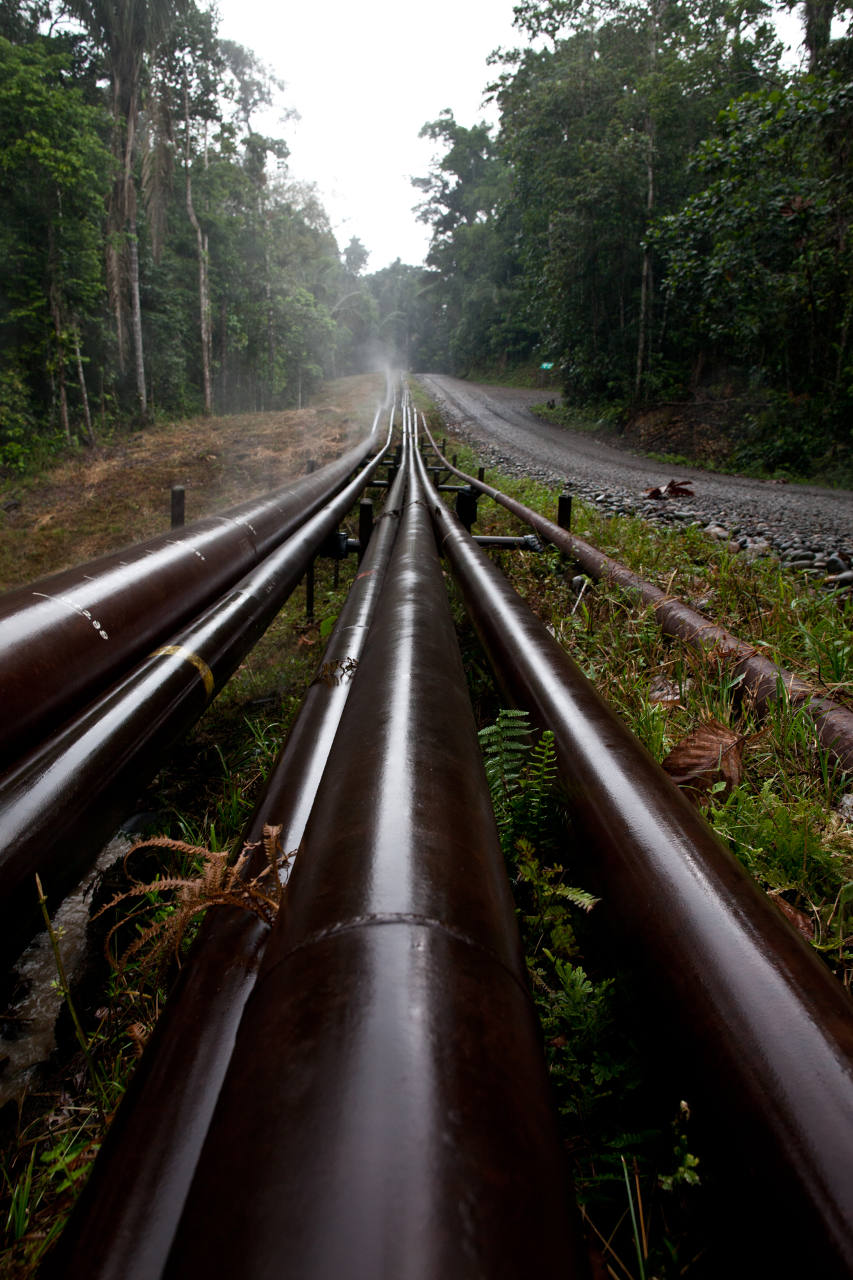 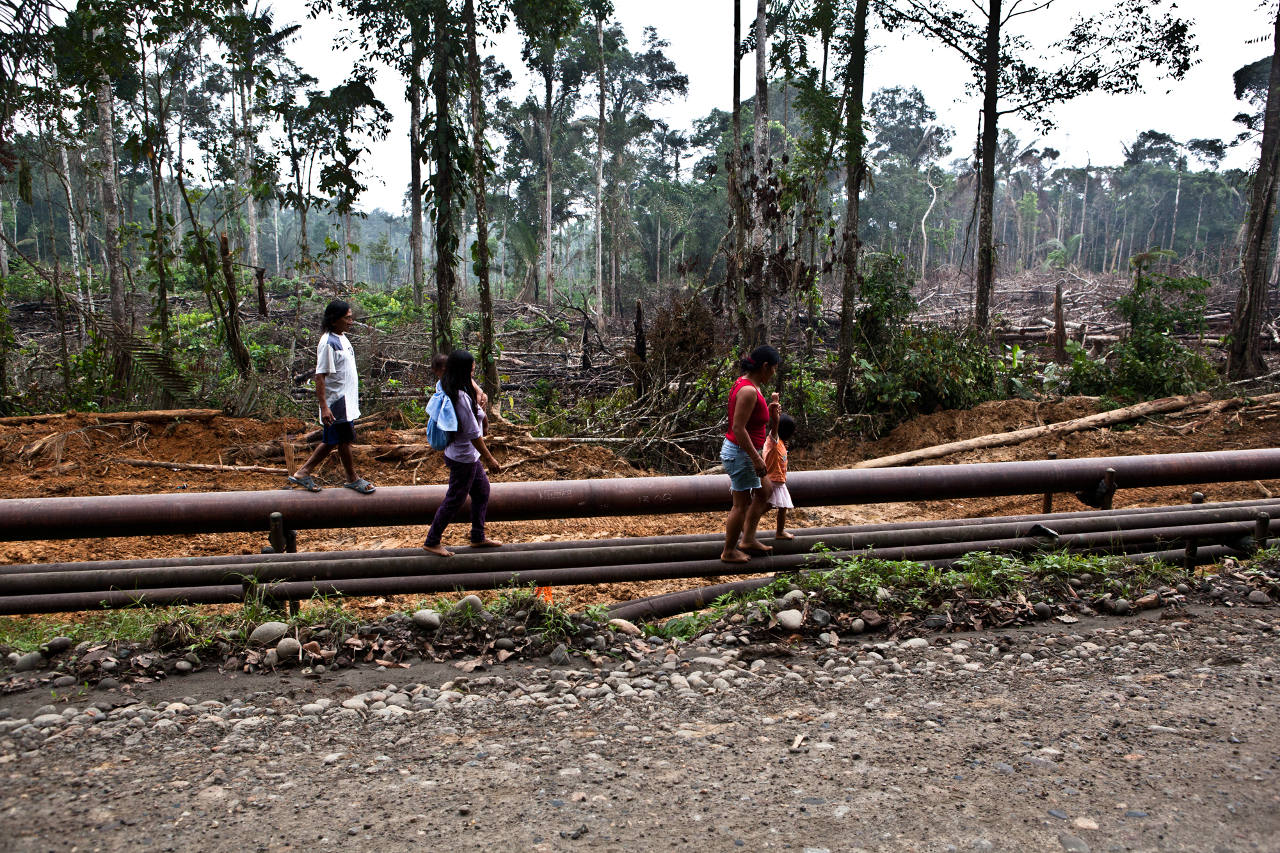 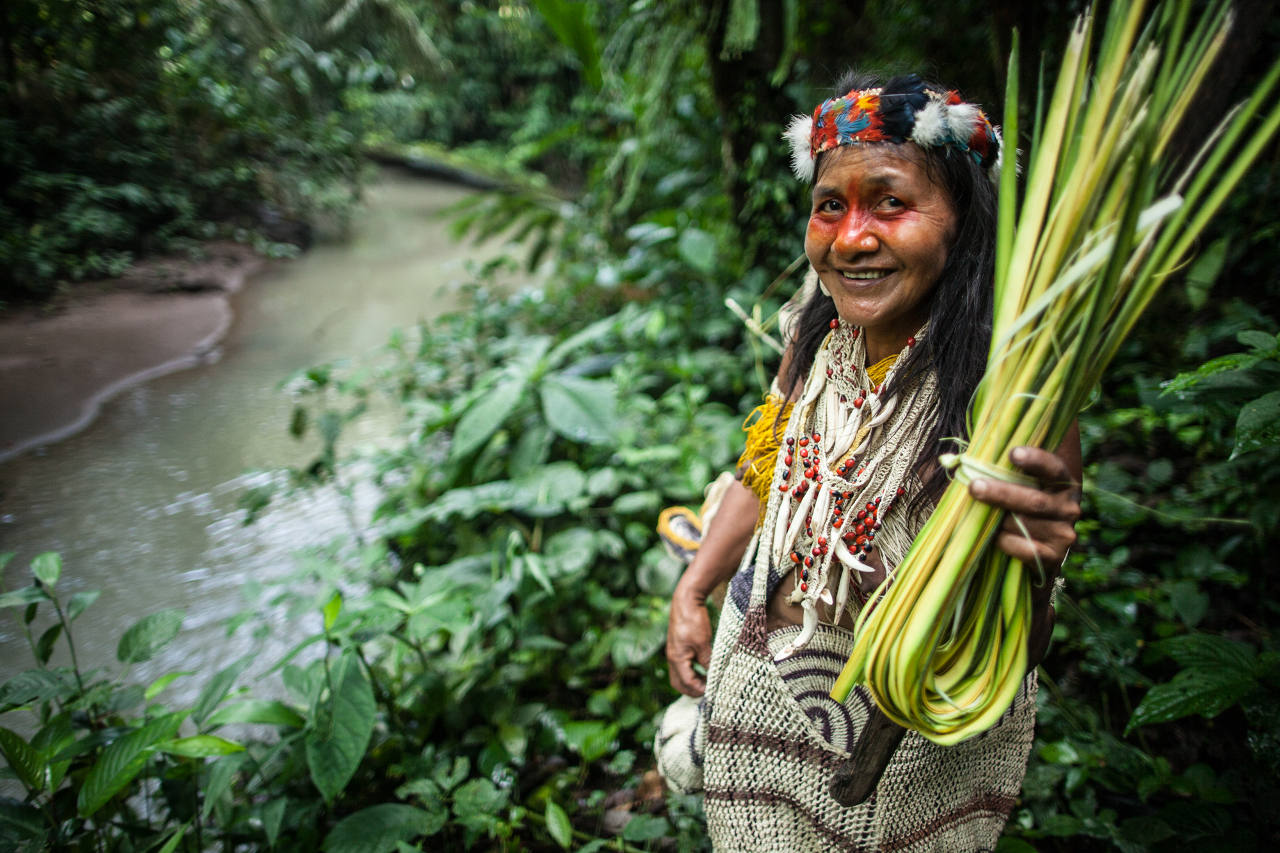 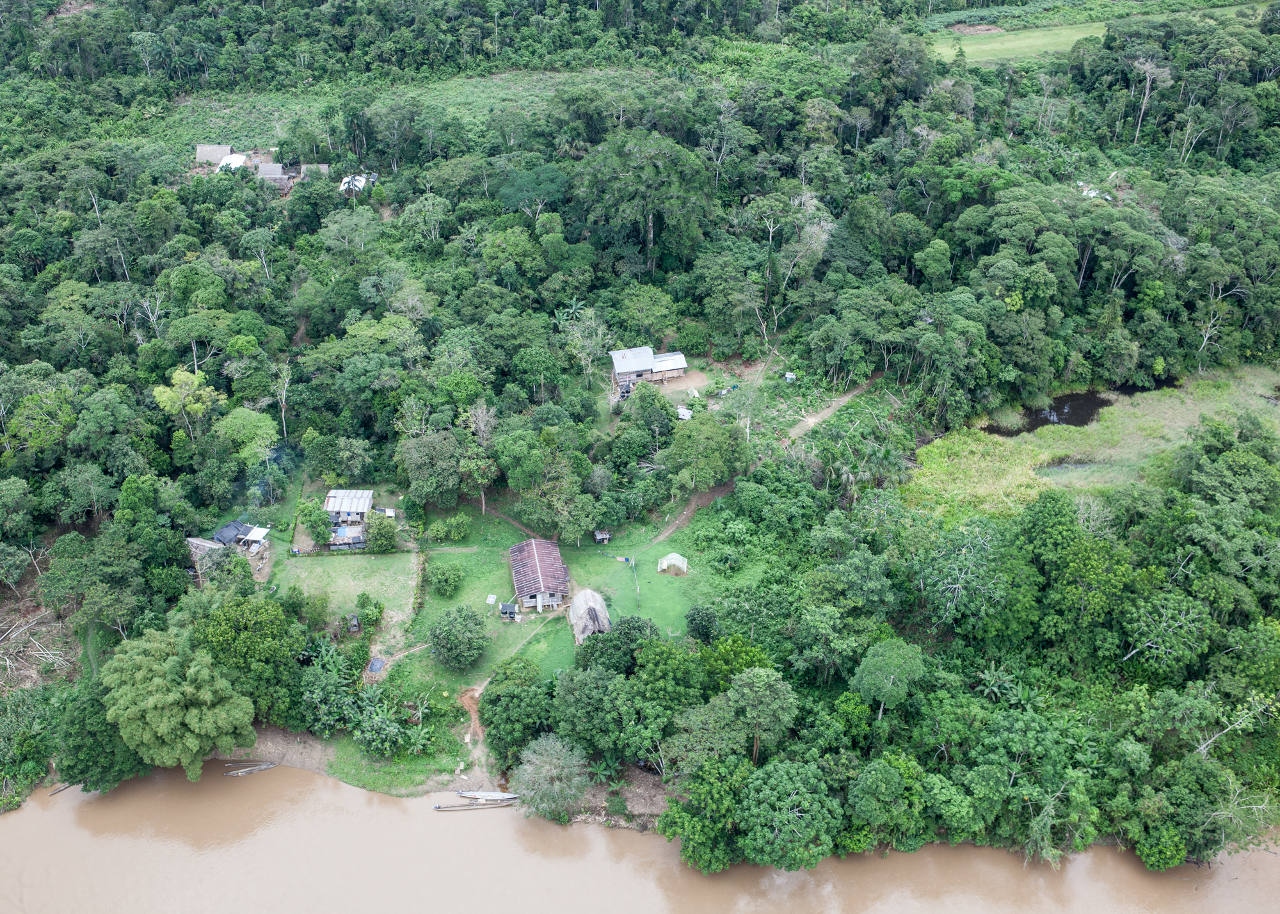 Here is what Waorani territory looks like when combining maps from the military, local governments and the oil industry: a vast, almost empty territory dotted with small indigenous villages and overlaid with oil concessions, roads, political boundaries, national parks, and sites of violent conflict. This is the vision that the Cowori, the outsiders, have of Waorani land. A dangerous up-for-grabs rainforest. 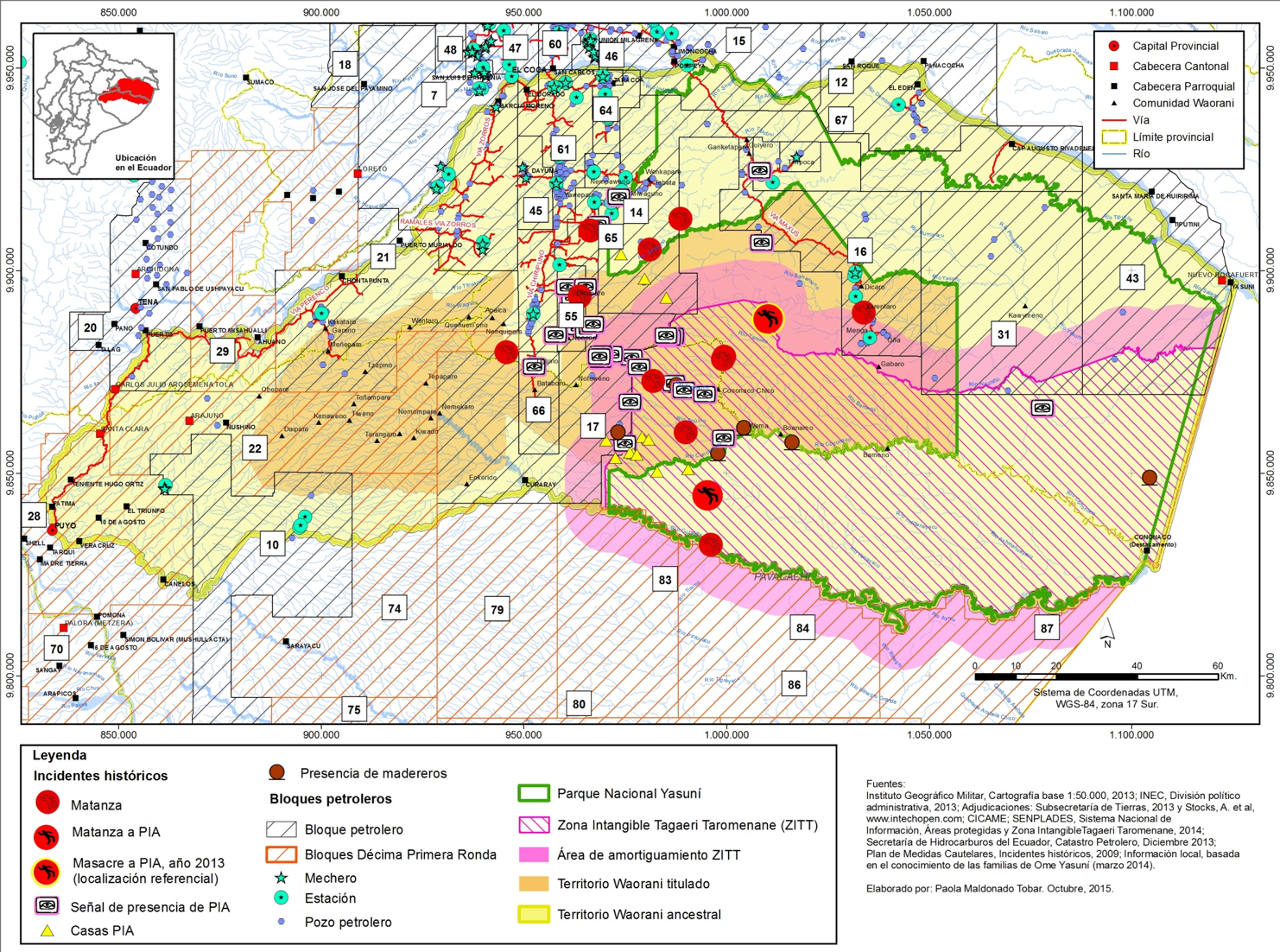 Although the threats of oil and roads are real, for the Waorani people this map of their ancestral land is nearly unrecognizable.

They only see oil, timber, gold, farmlands in our forest. They don’t see us. They don’t care how we live. Our forest is our home. It gives us everything. Life itself. – Oswando Nenquimo, Waorani.

In response to these mounting, bewildering, and life-taking threats, the Waorani communities of the Curaray River, an area still free from oil drilling, have begun creating territorial maps of their lands that document the historic and actual uses of their territory, and demonstrate that their homelands are not up for grabs.

How can a map help the Waorani defend their rainforest territories?

A map cannot defend a rainforest. People can. The aim of the Waorani mapping project is to bring together elders, women and youth of every Waorani community, and to support them in documenting (and telling the story!) of their rainforest territory – the history, their daily-use of forest resources, and why their territory is important to them. And through this process, which involves spending time in the forest, walking hunting trails and documenting wildlife and botanical life, community members have the opportunity to collectively reflect on the importance of their territory, understand the nature of the threats facing it, re-assess their position on destructive industrial projects in their territory, and most importantly, decide collectively the future of their rainforest homelands. 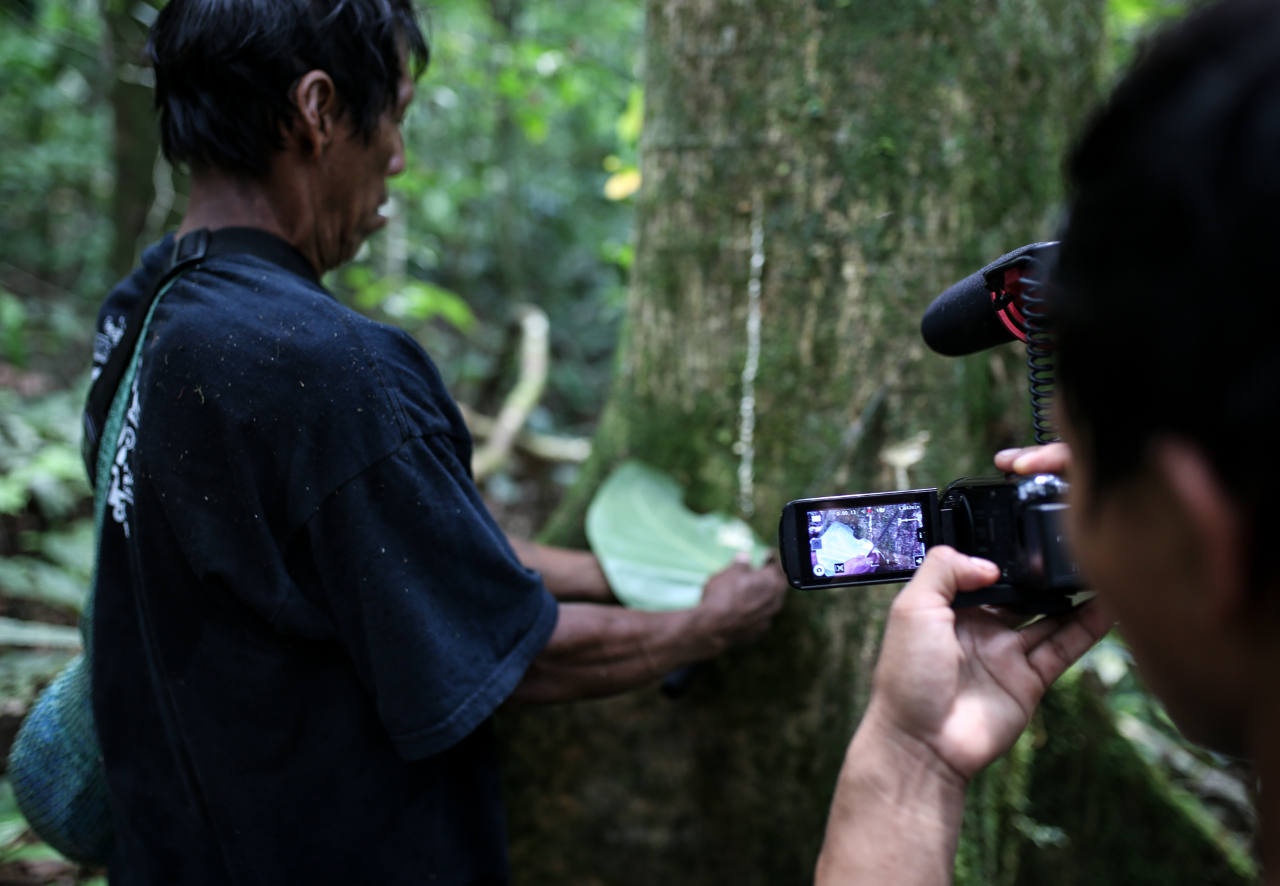 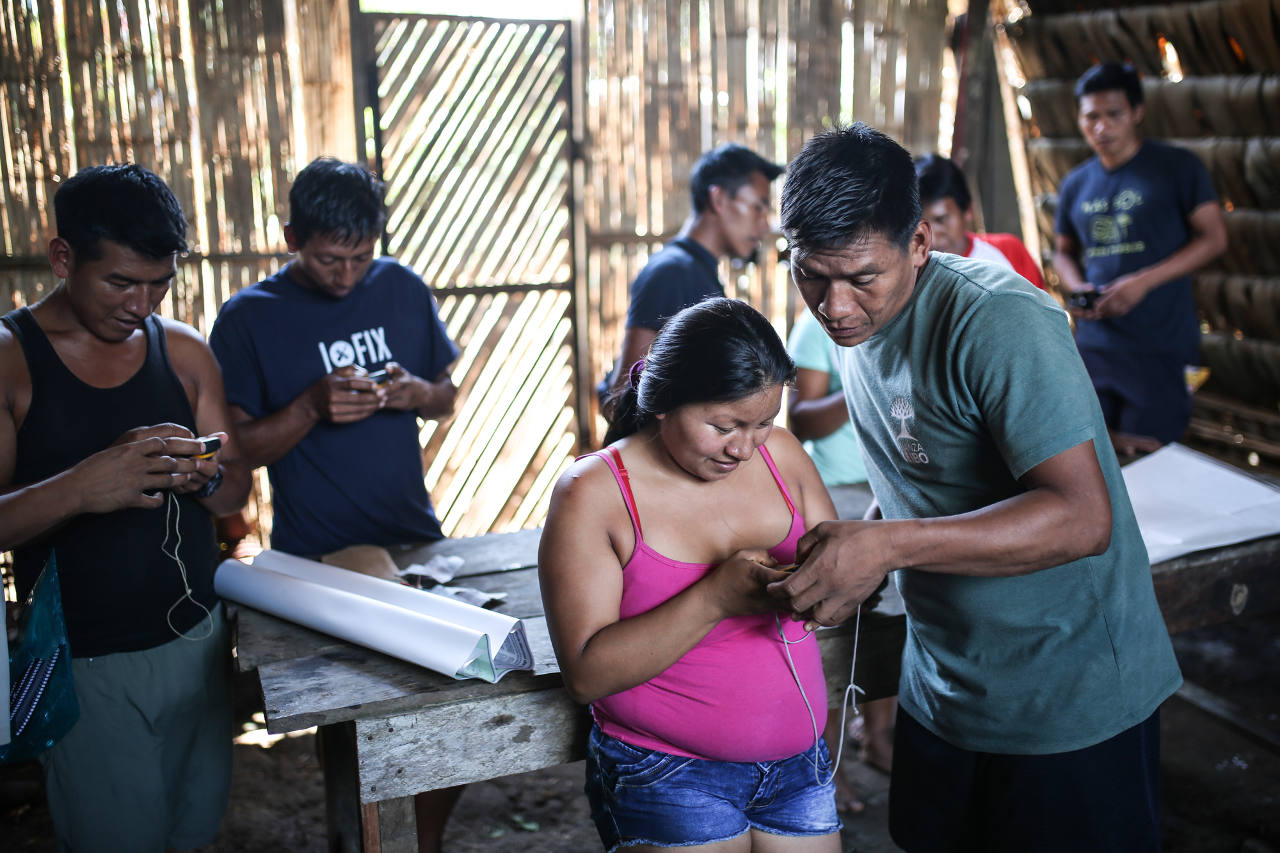 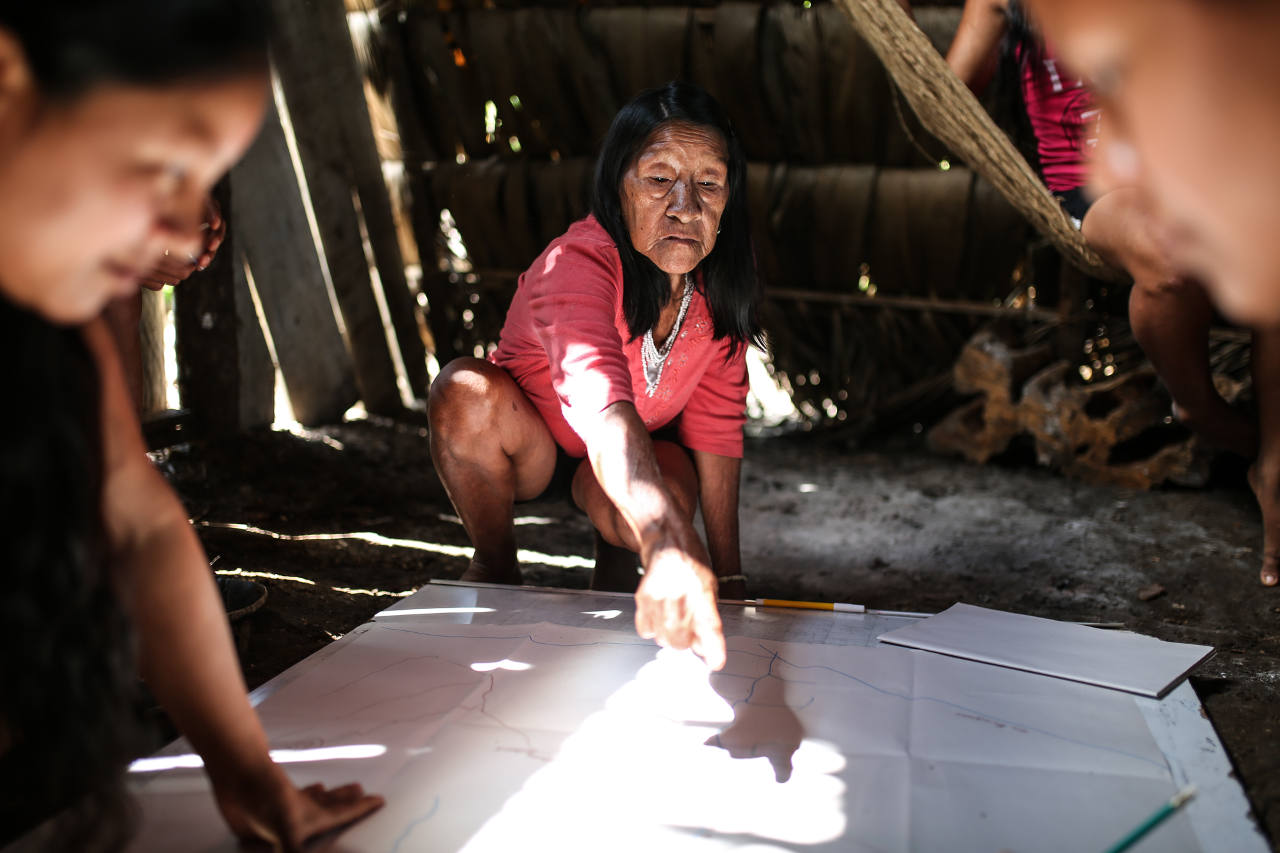 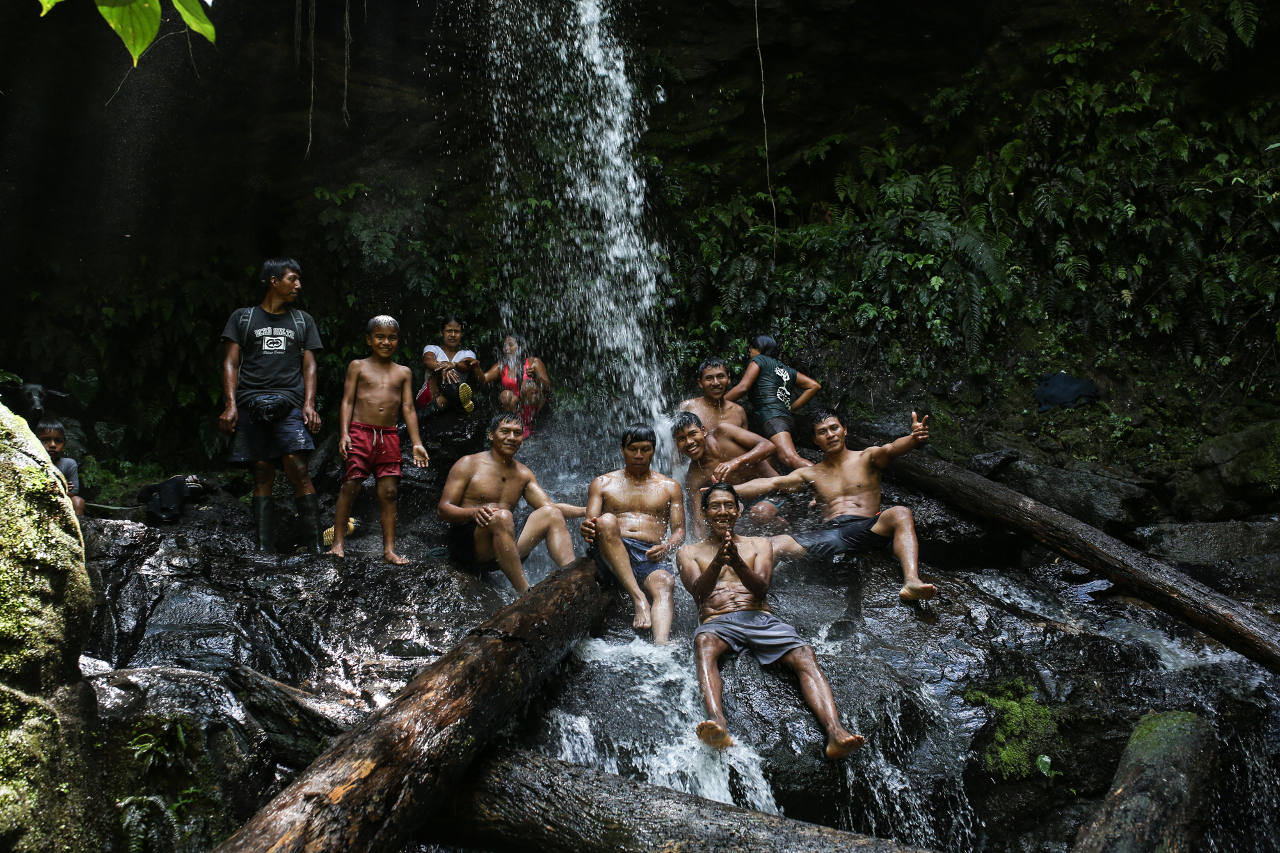