Years ago, a Secoya elder told us “If you want to know what is in the water, look at the fish. Fish eat history.” And so that is what we have been doing.

Since late 2015, we have been carrying out a participatory environmental biomonitoring program as a response to the Secoya and Siona desire to know whether their fish are safe to eat. Even from a strictly scientific sense, the elder’s instinct was spot on. Fish do eat history. Fish have the ability to biomagnify certain contaminants, concentrating them in their muscle and acting just like a magnifying glass trained on the aquatic environment. 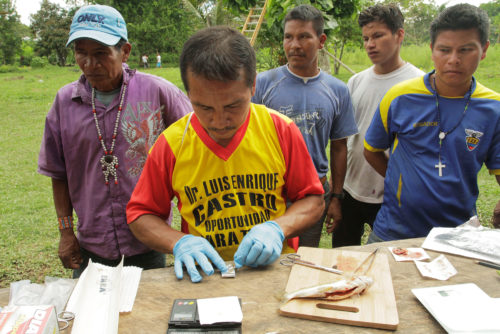 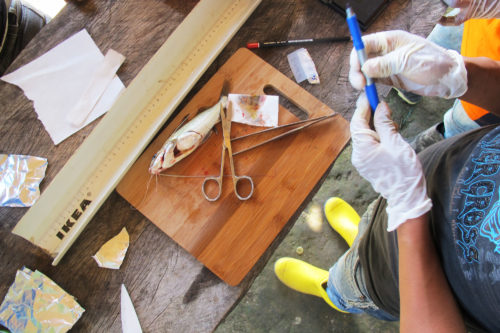 During the first phase of this project, we began our collaboration with the Secoya and Siona communities, the Ceibo Alliance, Amazon Frontlines, the Universidad Tecnológica Indoamérica and the Universidad Autónoma de Barcelona to carry out a scientifically-sound sampling campaign. The study was designed to be able to answer people’s questions about the safety of consuming some of the most commonly eaten fish species, and also about whether their most frequented fishing sites – their pantries – were contaminated. 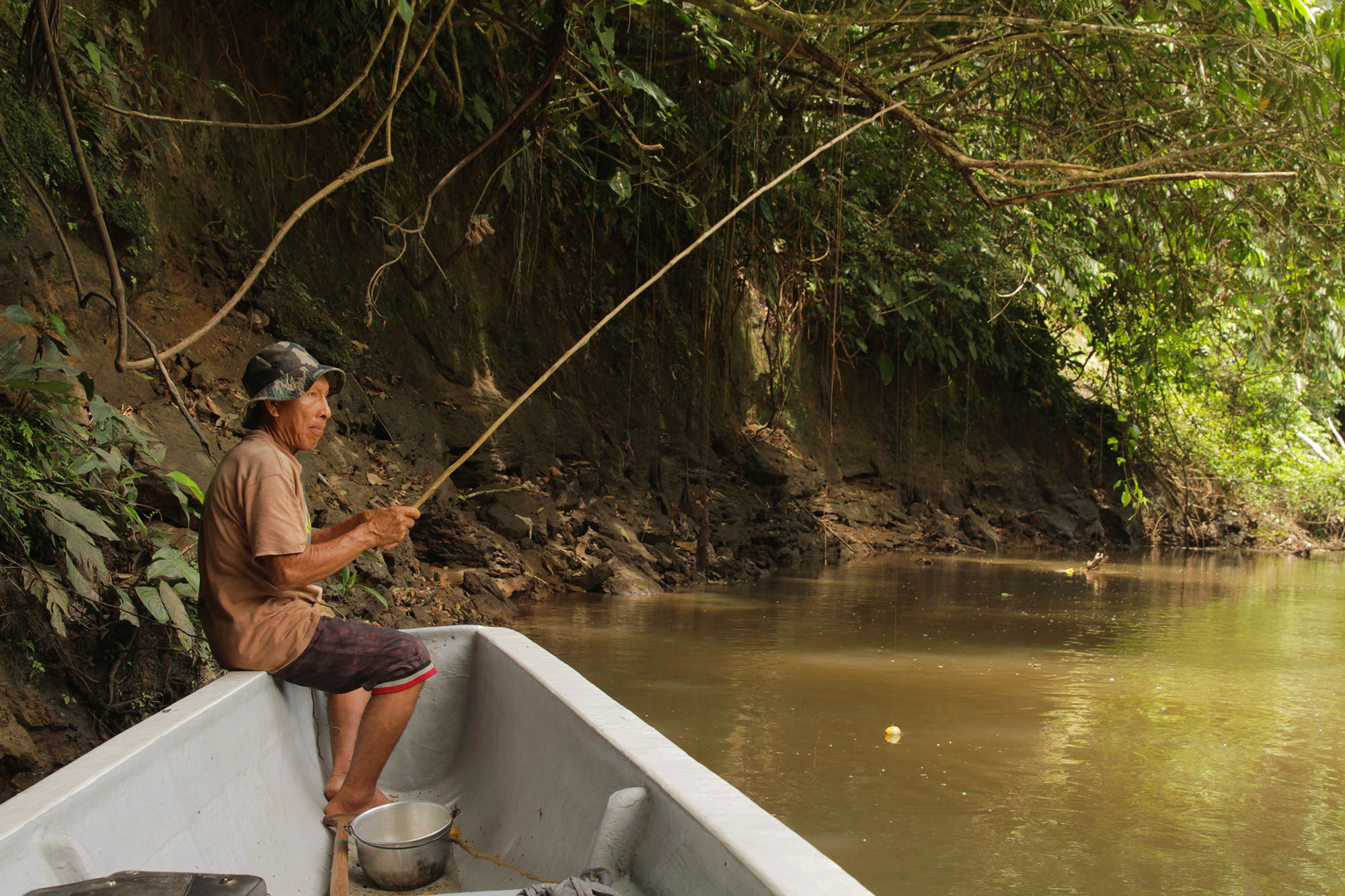 In December 2015, several independent scientists and members of both the Ceibo Alliance and Amazon Frontlines teams accompanied Secoya and Siona community members, including elders, to their most prized fishing sites. With these local fish experts, the scientists were able to determine which fish were most consumed and which did not migrate, an important characteristic of the fish to be sampled if they were to reflect local conditions, rather than far-off contamination. Members of the communities were trained in proper, hygienic sampling techniques. Each member of this transdisciplinary team had something to offer to the others, so that everyone went home after the field excursion with more knowledge than they had going in. 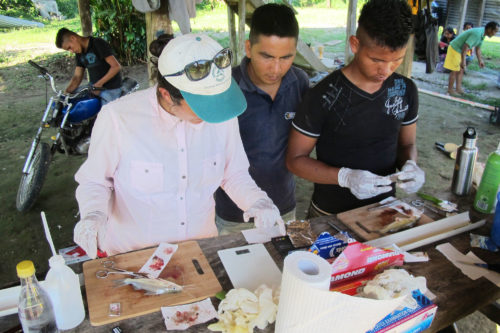 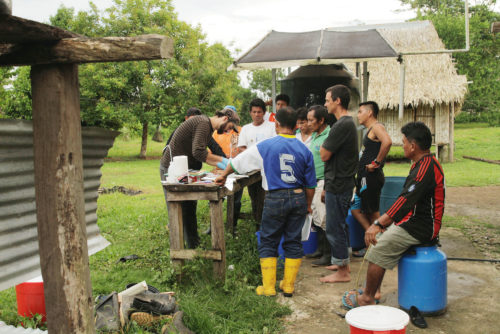 The samples taken in Secoya and Siona territories were shipped – frozen, of course – to an internationally accredited laboratory in Spain in order to be analyzed for levels of several contaminants linked to current and damaging land-use practices in the area. Levels of 15 heavy metals, including lead and mercury, hydrocarbons (HAPs) and pesticides were measured in the muscle and guts of this amazonian fare.

Some results are in so far, and the data are being scrutinized and scoured for trends by the independent scientific team.

Once all the data is in, these statistically significant results that are marooned in a language unto their own will be translated into material that is more easily comprehended by all. An interactive presentation will be prepared to bring back this information about contamination in one of their most dependable — and depended on — foodstuffs, to their rightful owners.

This workshop will also provide an opportunity for the Secoya and Siona to air their ongoing concerns about contamination, while the entire team tries to come up with a participatory methodology for getting to the bottom of it.
And so it is that history goes on. The fish continue to record it. And we continue to read it, study it and share it… 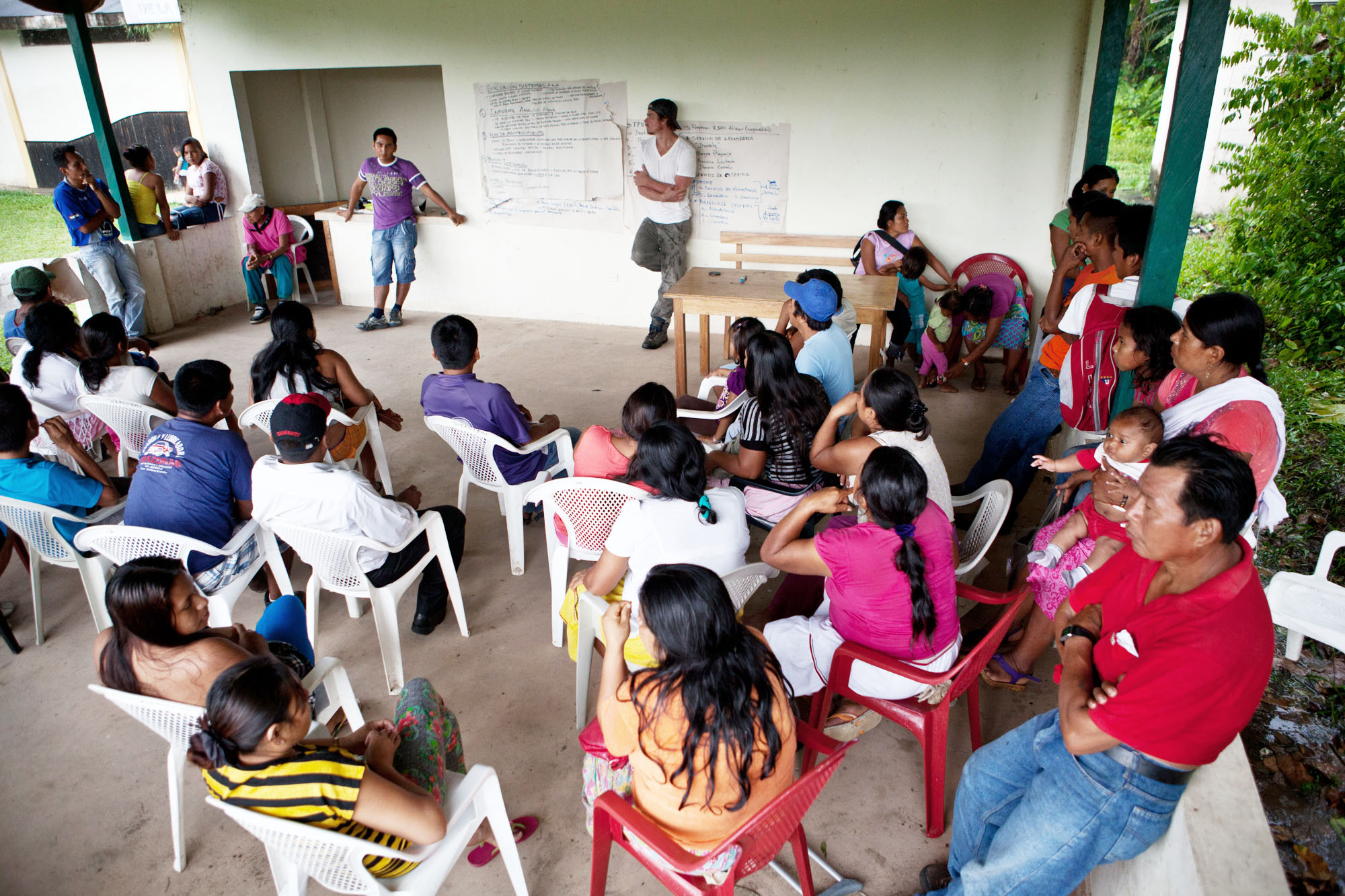