Pollution and Rights violations in the Amazon

Every day, the frontlines of industrialization and colonization in the Amazon encroach deeper, trespassing into remote areas that once were vast expanses of pristine ancestral lands covered with lush rainforests. Roads, pipelines, seismic lines, plantations, poachers, illegal mining and logging are profoundly affecting the lives of indigenous communities and the health of their land. Facing these constantly growing threats, a movement of young leaders from various indigenous communities is being born. 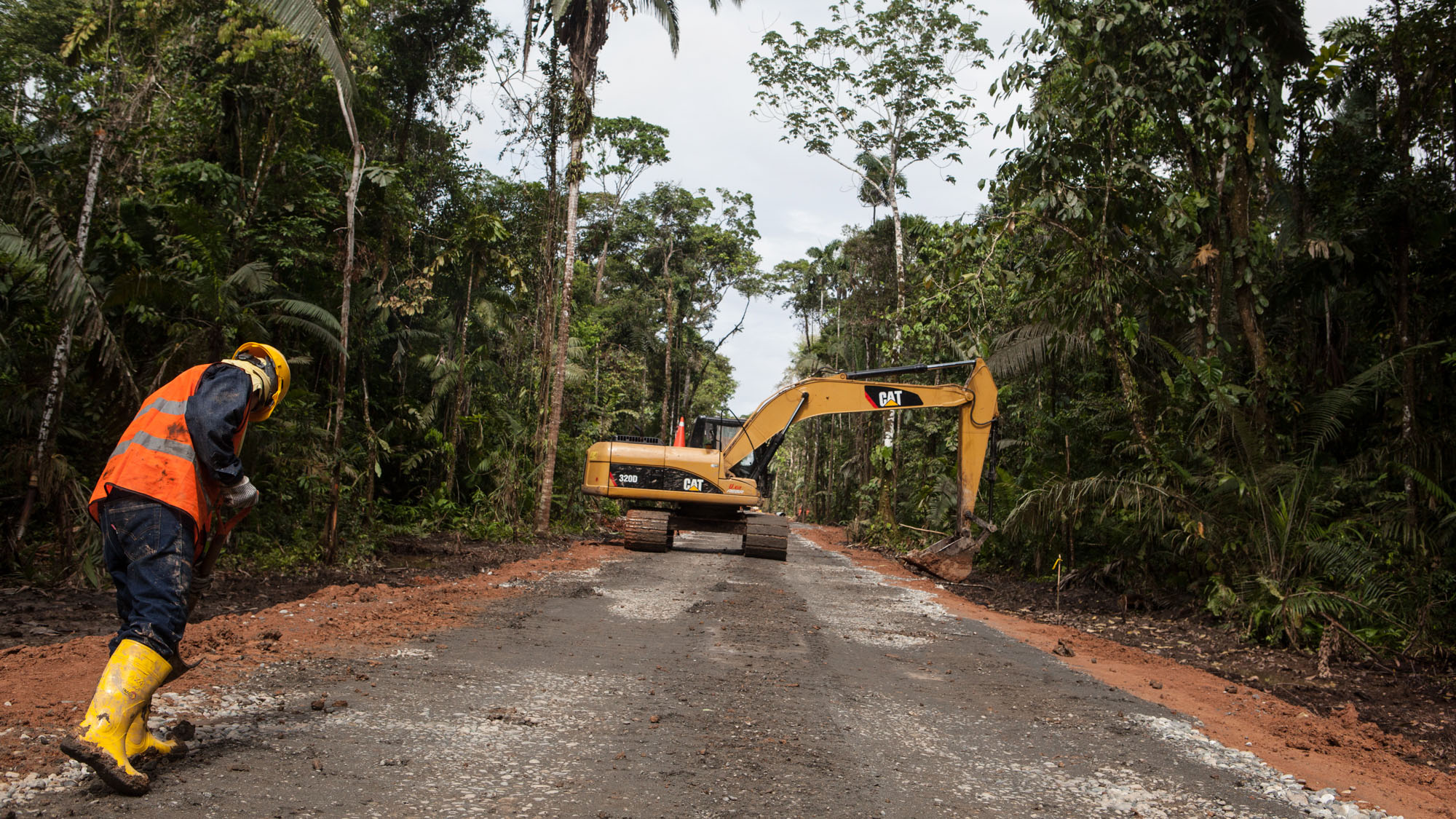 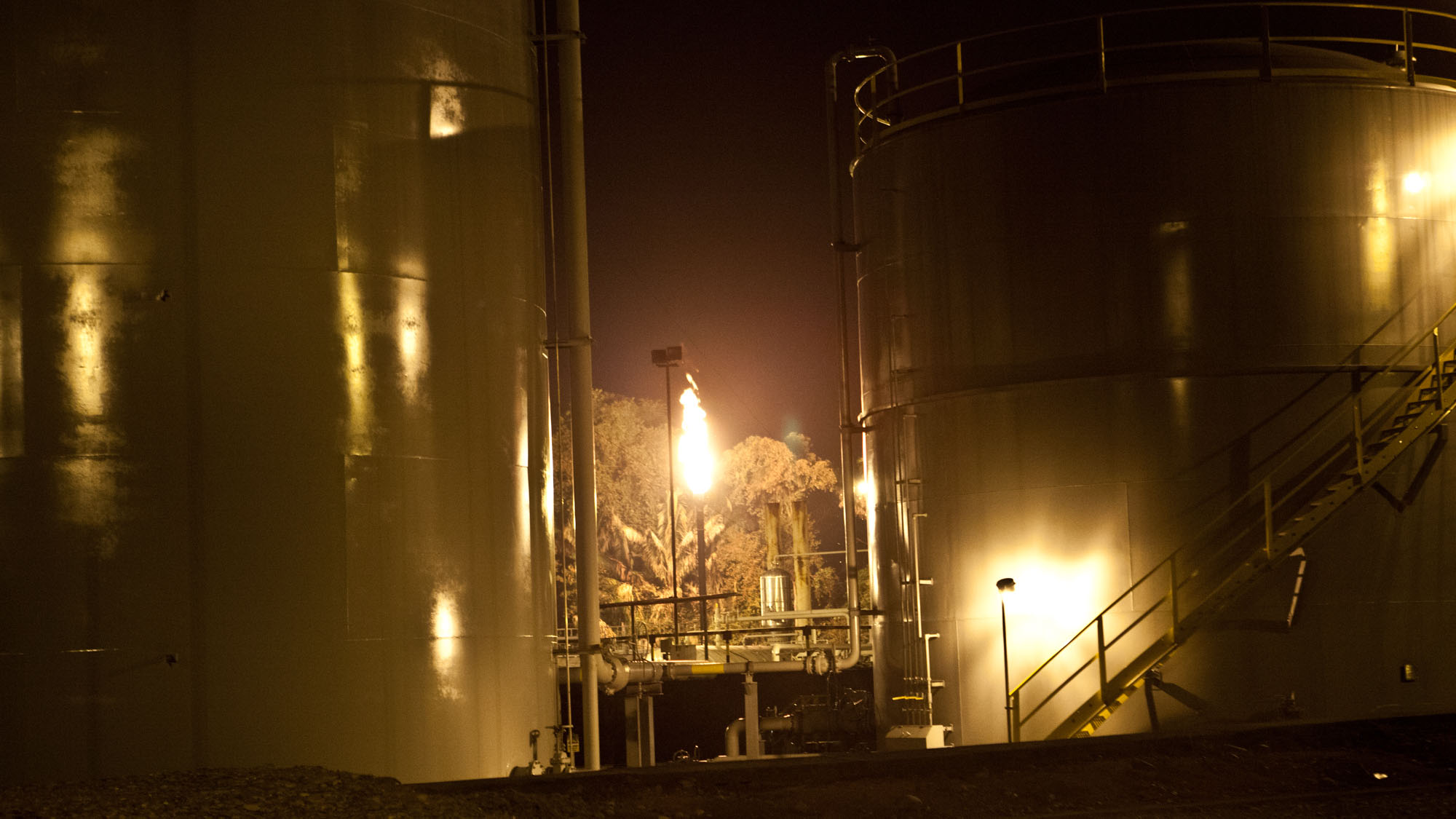 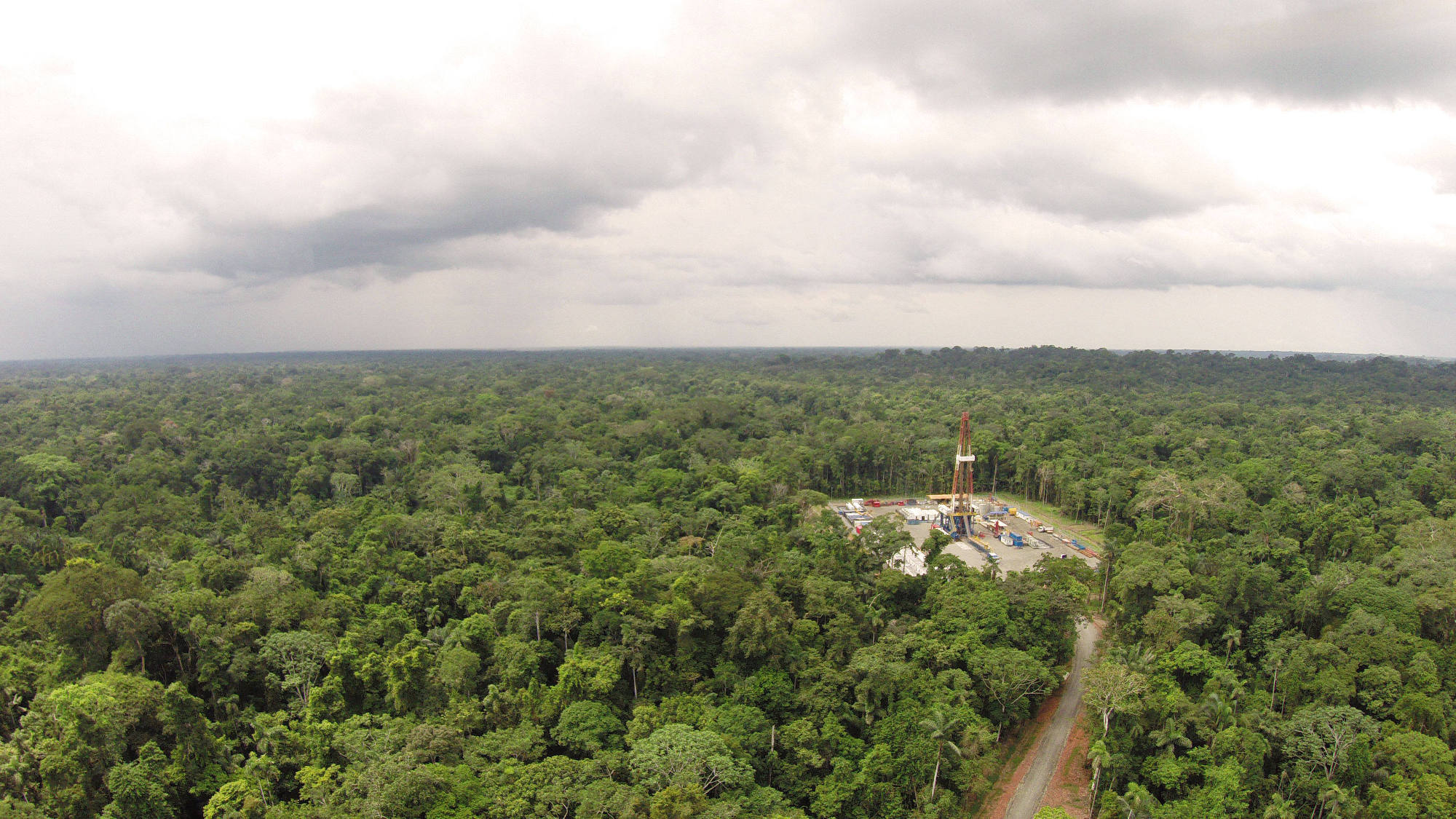 Over the years, the work of Amazon Frontlines and their indigenous partners at the Ceibo Alliance has been to listen to the communities, evaluate their needs and struggles and provide capacity and support to gain knowledge of what is taking place on their land, in order, ultimately, to better protect it. Here are two examples of the work of resistance on the frontlines.

The Kofan community of Sinangoe lies at the foothills of the Andes on the Upper Aguarico River of the Ecuadorian Amazon. Despite a complete overlap of Sinangoe’s 35,000-hectare ancestral land with one of Ecuador’s largest protected areas- the Cayambe-Coca National Park- this indigenous community has witnessed a constant flow of intruders in their territory over the years. From illegal goldminers, to poachers and fishermen using highly damaging fishing techniques, such as dynamite, illusive and illicit resource extraction on Sinangoe’s land has propelled the community to mobilize and perform environmental monitoring in key threatened areas.

During the early months of 2017, the people of Sinangoe developed a monitoring project aimed at detecting, documenting and denouncing illegal activities in their traditional territory. Through the use of community land patrols, camera trap photos and videos, drone footage, satellite imagery and territorial mapping, the community succeeded in channeling reliable, evidence-based, real-time information about invaders which helped them better defend their ancestral land and their rights. 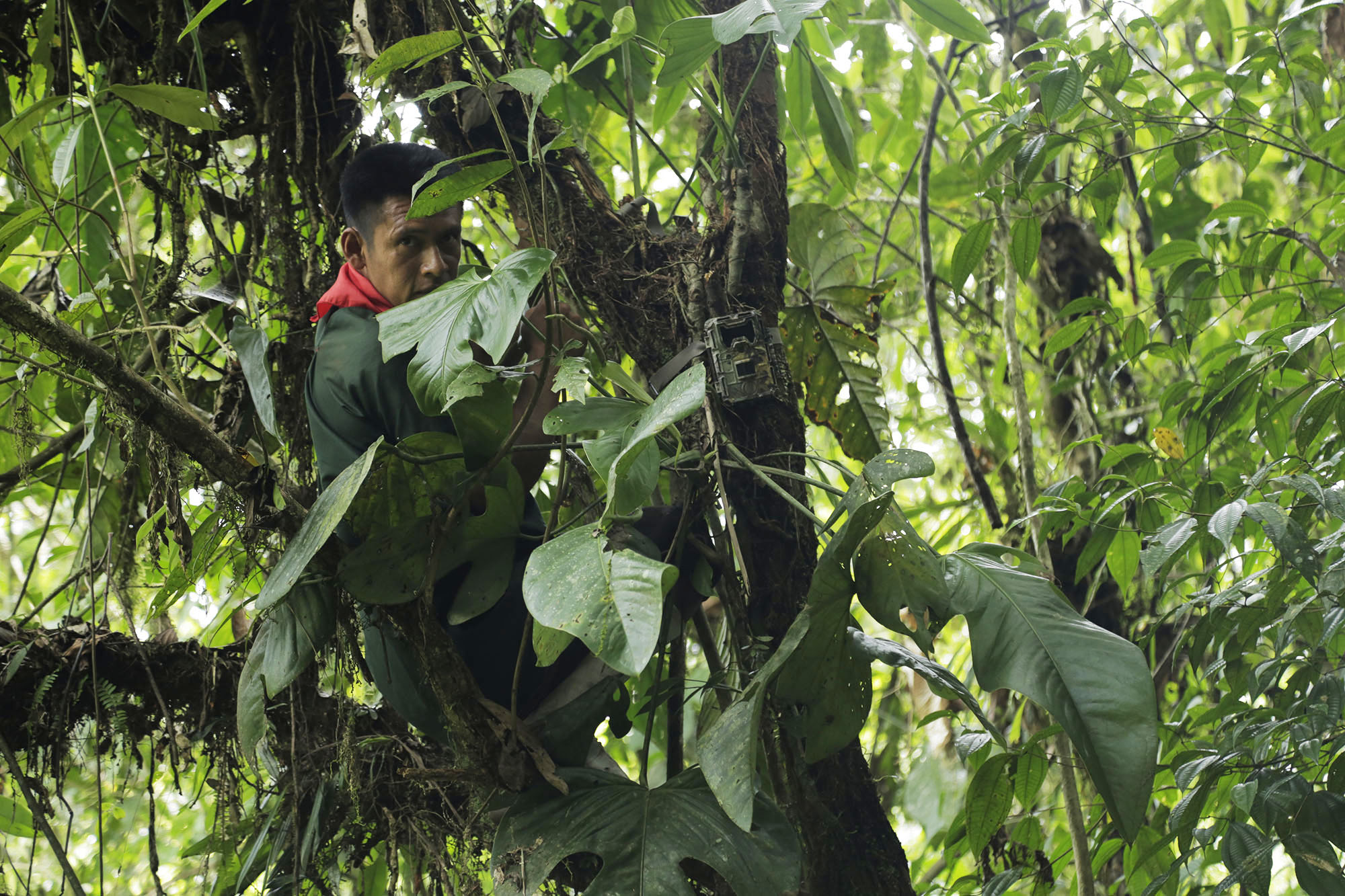 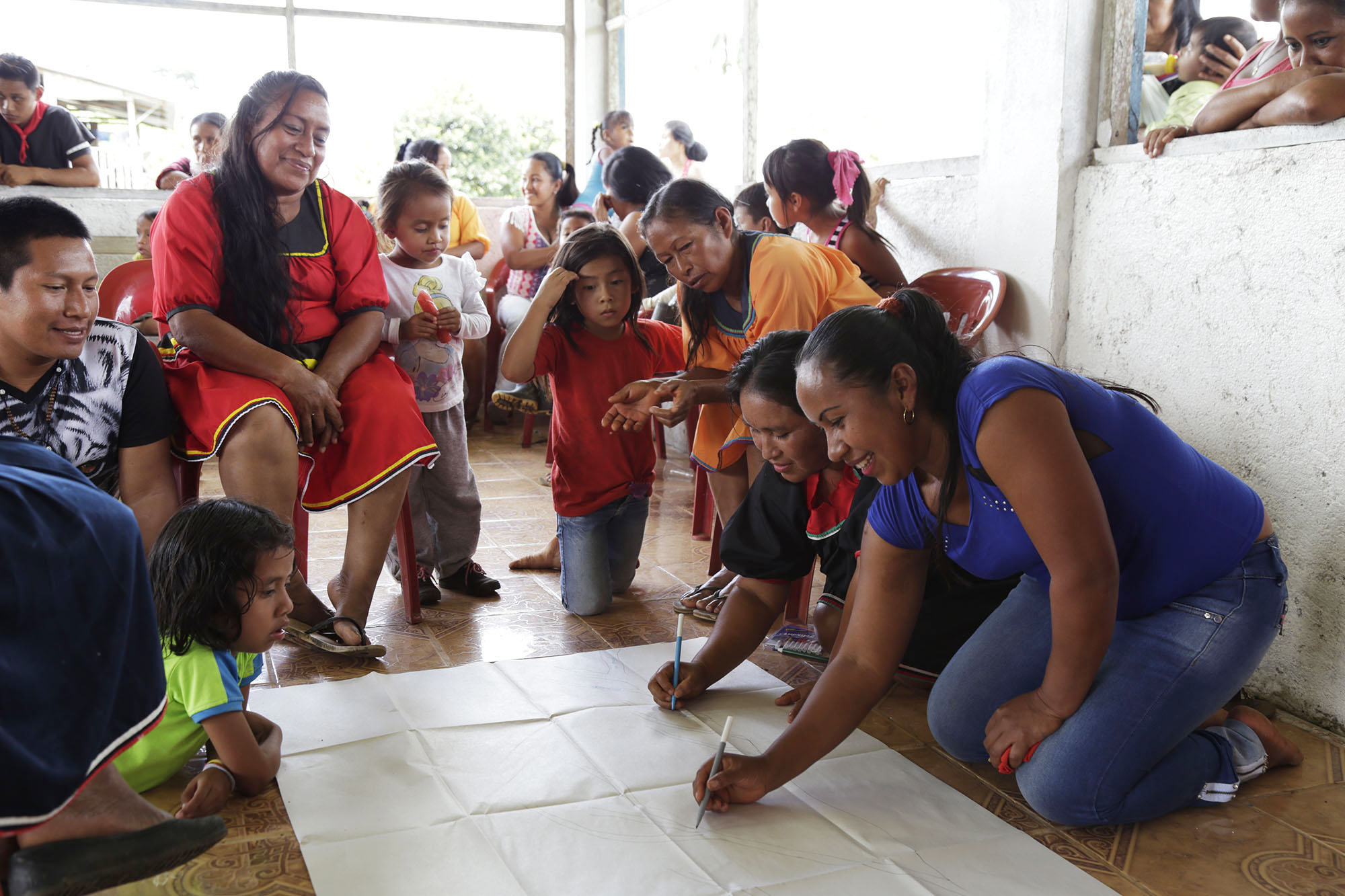 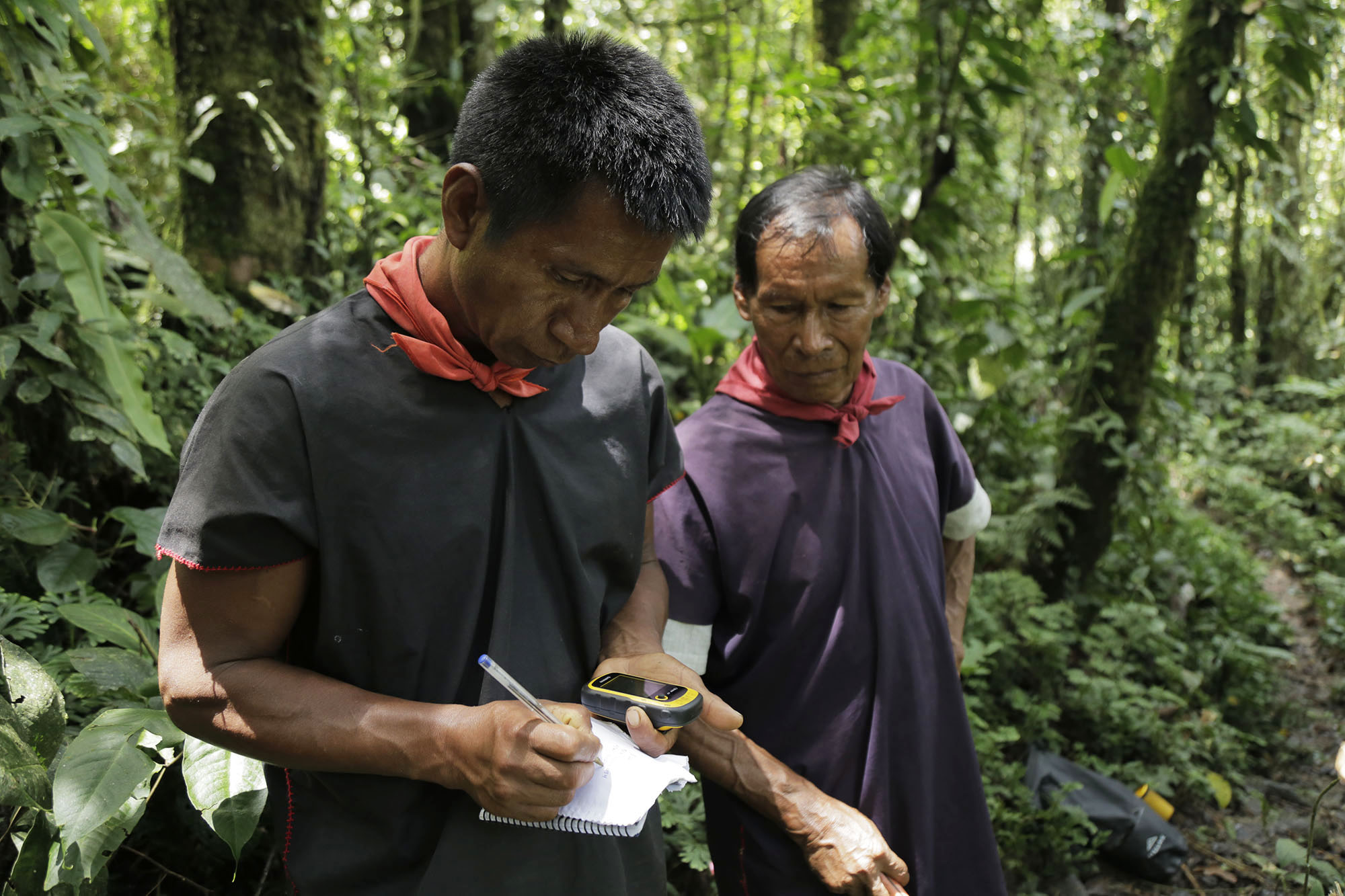 Over 5 months of monitoring, the community witnessed, documented and in most cases halted more than 70 cases of illegal mining, poaching, logging and/or fishing. The evidence of constant and illegal intrusions triggered Sinangoe to create its own indigenous law, prohibiting any extraction of resources on their territory without their consent and establishing a new land patrol that will continuously monitor the areas under threat. This new law, and the findings from the community, was made public on September 14th 2017 in Sinangoe before reporters, authorities of all levels and neighboring indigenous communities and nationalities. The battle to protect Sinangoe’s land is raging, and the territorial guardians are proving to be an exceptionally good tool. 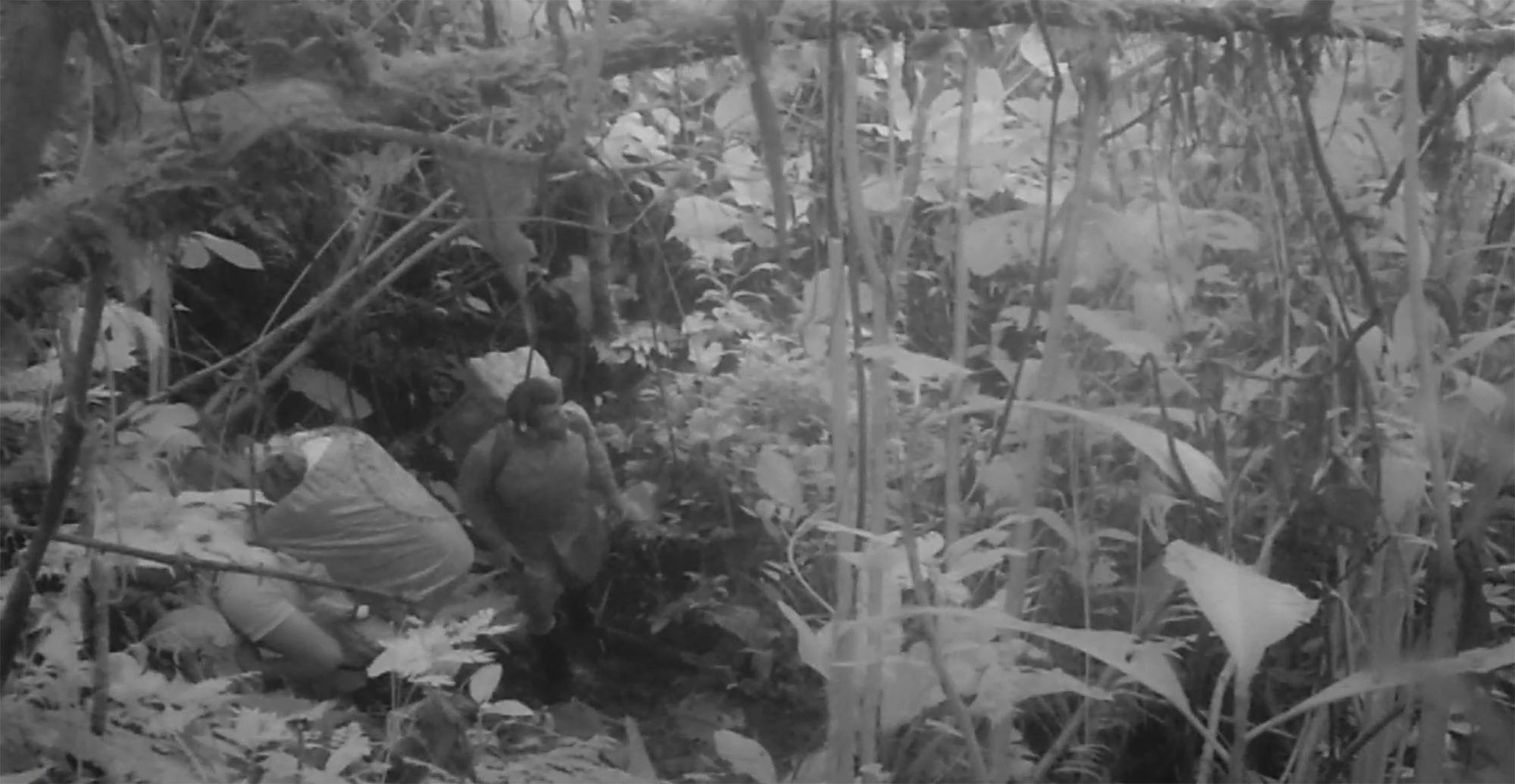 When the Chinese company Andes petroleum struck a deal to drill in one of the last intact areas in Siona/Secoya lands, close to the communities of Waiya and Sotosiaya, the planned oil wells were sold to the indigenous people as “state of the art,” cutting-edge technology. After the highly anticipated income quickly evaporated, and the crude reality sunk in, the Siona and Secoya people are now witnessing the direct and indirect impacts of the newly built platforms.

From changing the water flow and quality of one of the tributaries to the Waiya River, to the direct spilling of oil wastes, to recent invasions of poachers using the newly built roads into pristine areas, the impacts of the oil industry on Siona and Secoya land is considerable and growing. By building a strong, evidence-based defense strategy with on-the-ground monitoring by the communities, the two nationalities are now using the collected information to file complaints, request changes in drilling practices by Andes petroleum and demand quick and drastic measures from Ecuador’s Environment Ministry to avoid catastrophic health and legal issues. 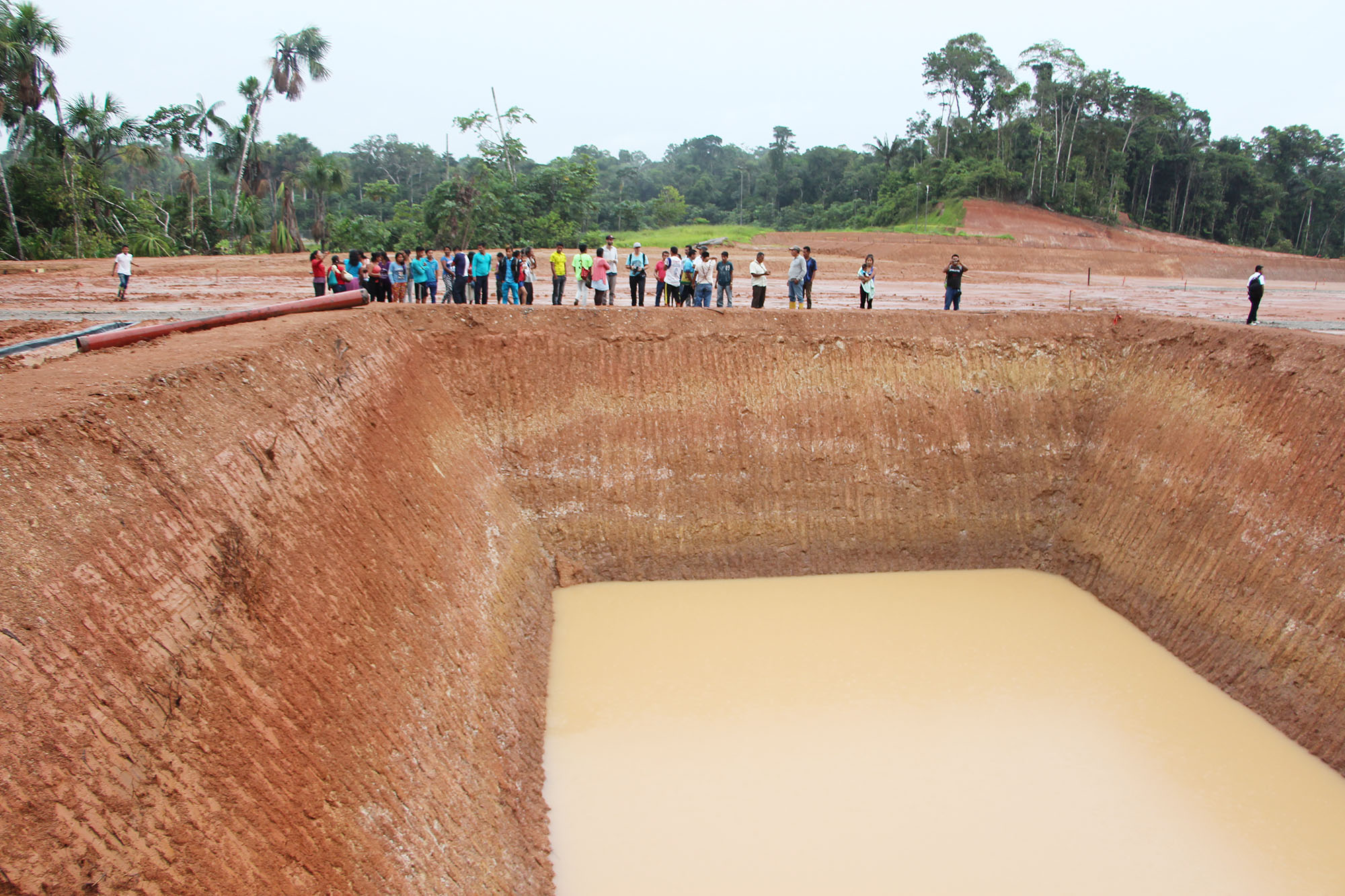 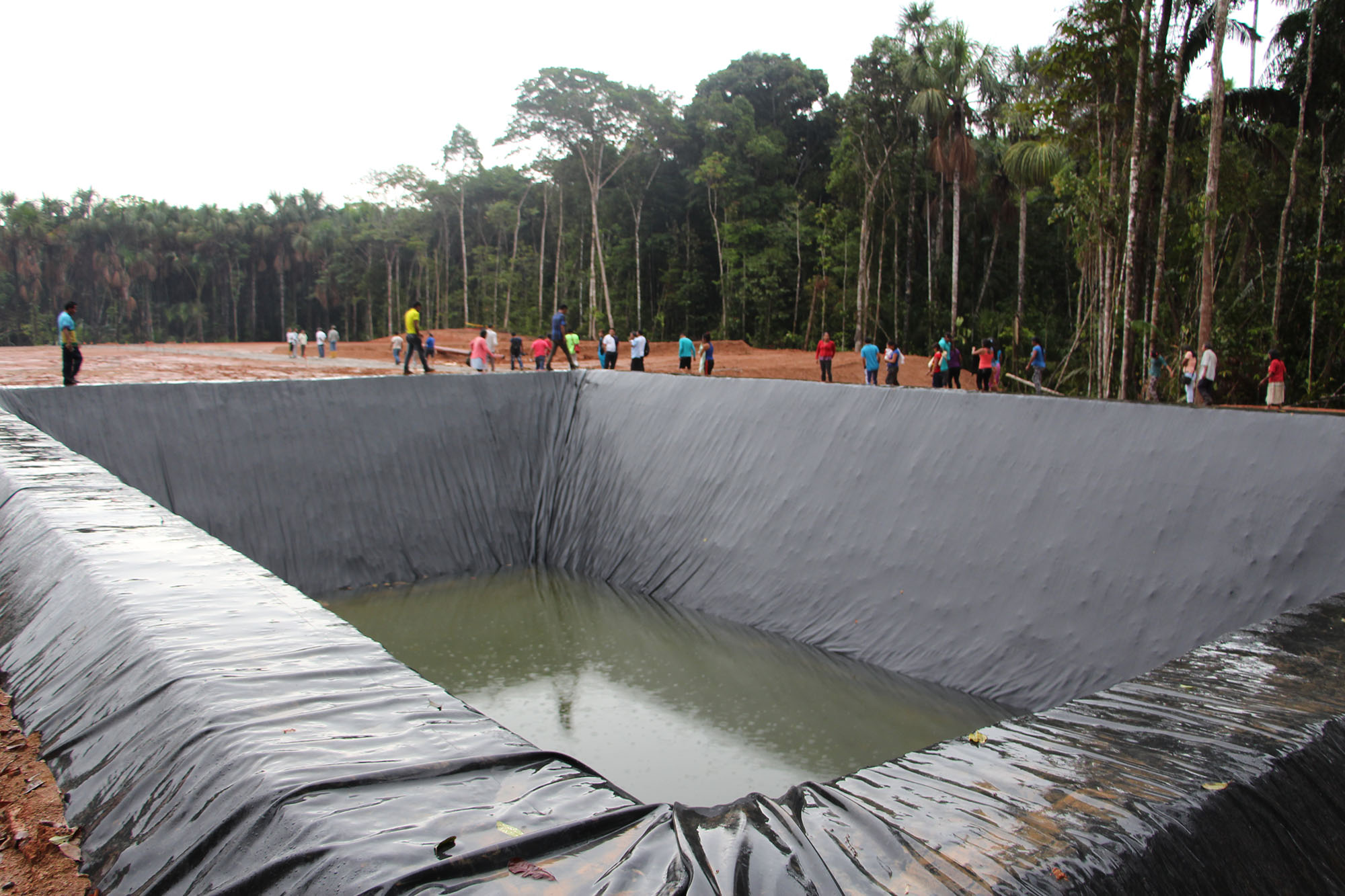 Between 2010 and 2016, Andes petroleum drilled 130 wells in the area (bloque 62) where most of the Siona and Secoya ancestral lands are located , including 2 wells directly inside their ancestral boundaries, making the Chinese Oil giant the most active private oil company in Ecuador. Without a structured and constant vigilance over their land and their rights, the Siona and Secoya face overpowering threats. Providing support to such struggles is at the core of Amazon Frontlines’ mission.

The environmental and human rights violations that we witness in the Amazon on a daily basis are appalling. This reality is replicated repeatedly in the four nationalities with whom Amazon Frontlines collaborate. In a world where companies and governments are setting the rules and routinely turning a blind eye to environmental disasters, there is one thing that all indigenous nations have in common: the urgent need to access credible and tangible on-the-ground data to solidly demonstrate the threats and impacts to their lands and rights in order to defend their lives, cultures, lands and dignity. 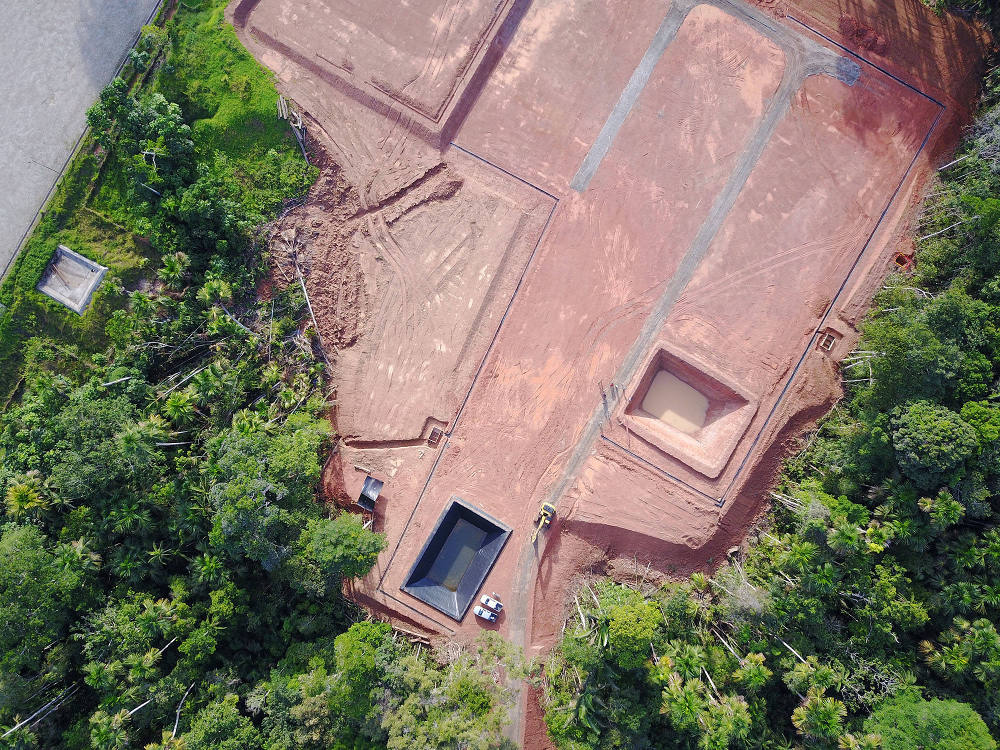 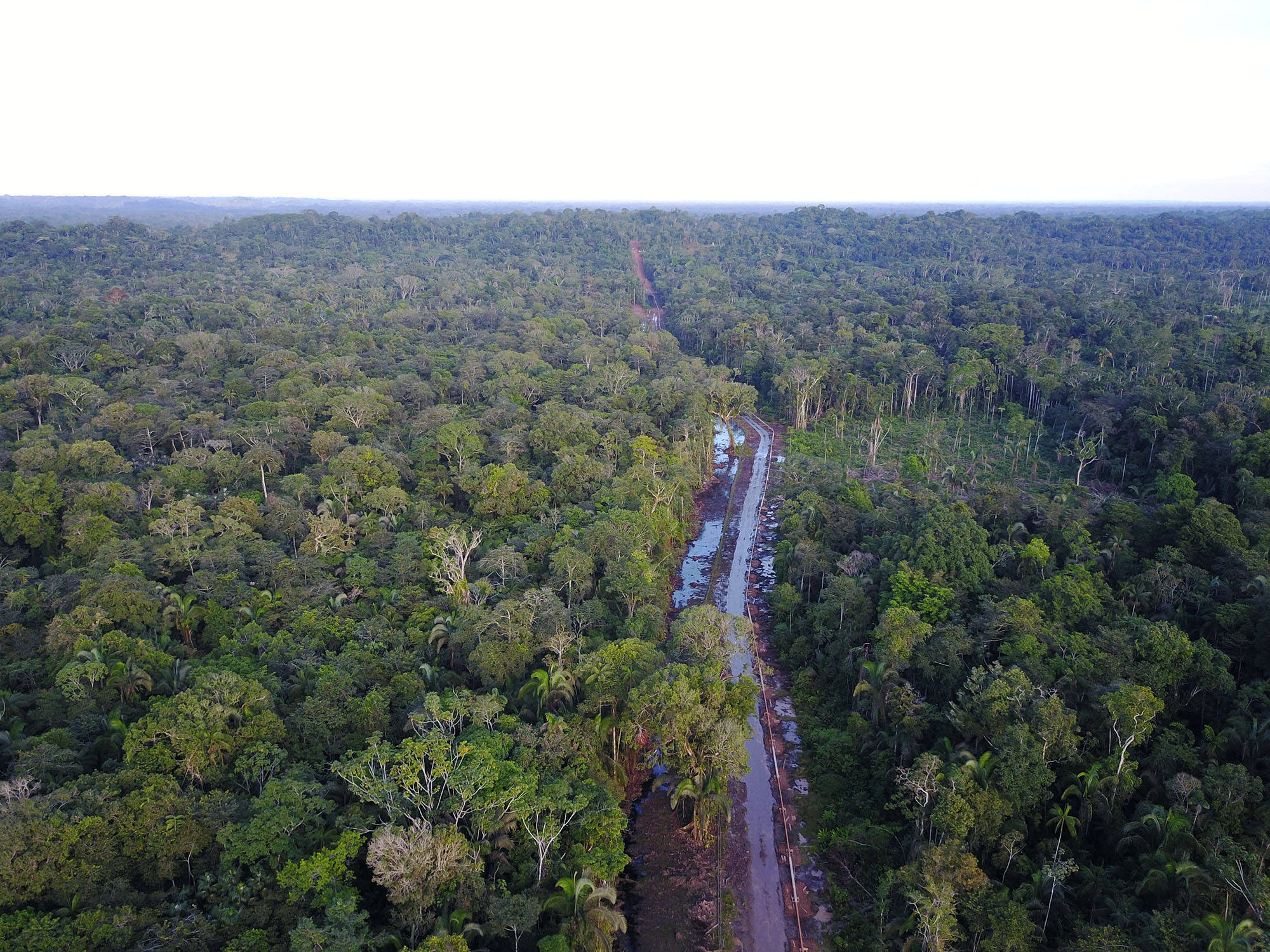