We demand that Shuar Arutam People’s decisions, in the exercise of their right to self-determination, are respected, and we denounce that the beginning of infrastructure works are facilitating the entrance of mining projects in Maikiuants. 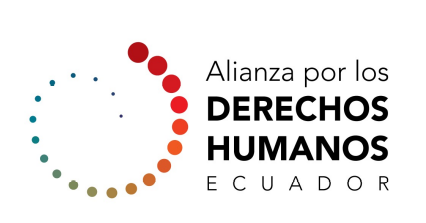 The Alliance of Organizations for Human Rights and the Caminantes anti-mining Collective, we are deeply concerned about recent events reported by the Governing Council of the Shuar Arutam People (PSHA) and the “Collective of Organized Women of the Shuar Center of Maikiuants” (organization linked to the PSHA), associated with the start of infrastructure works and mining facilities at the Warintza Project. There is an escalation of territorial conflict between the community centers and the associations that make up PSHA against the concessionary mining companies operating illegally and illegally in their territory. Since the early hours of September 8, due to the insistence of the mining companies to occupy their territory, there has been an escalation of tension and violence that puts the physical integrity of the communities at risk, particularly the Maikiuants community. At the moment, there is a well-founded fear in the residents of possible, arbitrary and unnecessary police and/or military intervention that, as in previous opportunities, could generate serious violations of human and collective rights of the population displaying a biased action by the Public Force and Armed Forces in favour of the particular interest of the company, transferring its obligation to protect the civilian population and to be guarantors of constitutional rights, including their right to resistance.

This situation is not new. PSHA has been resisting for 16 years mining activities in its ancestral territory and the intervention of transnational companies that have implemented strategies such as dividing their organizational structures by co-opting leaders who have yielded to pressure and manipulation and disregarding Shuar communities who have already decided to oppose extractive activities in their territory.

60% of the territory of the Shuar Arutam People has been concessioned to transnational mining companies without respecting their right to free, prior, and informed consent and in a context of systematic human rights violations. Some of these companies include Solaris Resources (Canada), SolGold (Australia), ExplorCobres S.A., EXSA (a subsidiary of Chinese-owned, Canada-based Corriente Resources). The Ecuadorian State, through various institutions and officials, has attempted to pressure, subdue and/or impose extractive activities in the Collective territory of the Shuar Arutam People. All this has created an escalation of conflict.

It should be noted that the Shuar Arutam People, in exercise of their right to self-determination and in defense of their collective rights, has repeatedly resolved since 2019 that it does not authorize mining activities in their territories and has insistently communicated these decisions to state authorities. The following are some of the most current demands:

The decisions adopted by PSHA to address the systematic violation of their rights have not been respected by  transnational companies such as Solaris Resources Inc and SolGold nor by the Ecuadorian State. Thus, on September 5, the Warints and Yawi communities announced through their social networks that within the framework of the Strategic Alliance they have with Solaris Resources, the Ministry of Government was promoting  self-defense courses and training of Private Security Guards to confront the population. Faced with this situation, we denounce the  Ecuadorian State, through the Ministry of Government, for committing very serious acts aimed at dividing the Shuar Arutam People, promoting violence between the communities and increasing the risks against the integrity and even the lives of the communities.

Likewise, despite the decisions of the Shuar Arutam People, they were officially warned several times in the early hours of September 8  (at about 5:15 am) that loading platform carrying a backhoe arrived in the territory of the Shuar Tserem community,  a territory of the Shuar Arutam People, heading  to the “Maka Naink” mountain range where Solaris Resources Inc. operates and passing by  the community of Warints and Yawi: an attempt that the women of Maikiuants rejected in accordance to their resolutions.

In this regard, and due to the events described, the use of public and private force to benefit corporate interests would have three main objectives: i) guaranteeing access to territories by companies so that they can carry out their activities; ii) build territorial control by co-opting local communities, fomenting community division, surveillance, repression and criminalization to guarantee business activity; and iii) silencing, control, and elimination of criticism and resistance to extractive activity, voiced by residents and defenders of human and territorial rights.

Additionally, it should be noted that these acts occur in the context of the expansion and deepening of the mining policy by the National Government. In effect, Decree 151 establishes the conditions for companies to establish this type of practice with impunity in indigenous territories. In addition, the powers of the ministerial authorities are reduced to facilitating entry into the territories without any type of control, ignoring their obligations to guarantee rights without discrimination and protecting vulnerable populations.

As noted, the collective rights of the Shuar Arutam People have been systematically violated, especially by the mining company Solaris Resources Inc., which has created community division and created dangerous environments for human rights defenders. Complaints that remain without being investigated.

The Canadian company Solaris Resources Inc. arrived in PSHA’s territory in 2019, after acquiring the Warintza project through its subsidiary in Ecuador Lowell Mineral Exploration, in order to exploit the copper and molybdenum deposits. In light of the reactivation of the project, which was suspended for 16 years, PSHA demonstrated against mining in their  territory, reiterating their  right to self-determination. As a result of this, PSHA, together with its national and international allies, declared itself as “a territory of life” (TICCA)” and launched an international campaign: “PSHA Have Decided: No to Mining, We Do Not Want to Be Consulted.”

Due to all the violations to our tangible and intangible rights, on January 29, 2021, PSHA’s Governing Council, together with the Public Services International (PSI), filed a complaint with the ILO against the Ecuadorian State for violation of ILO Convention 169 and for violating our collective rights and not consulting us on projects being carried out on our territory.

Likewise, as the Alliance of Human Rights Organizations in Ecuador,  we recently publish a report on the Situation of collective, land and human rights defenders in Ecuador to highlight the severity of the situation faced by the PSHA, noting that it does not exist currently institutional guarantees to exercise the right to defend human, collective and nature rights, and that we are especially concerned about the physical and psychological integrity of colleagues who are being intimidated, persecuted, harassed and even targeted with death threats, such is the case of Josefina Tunki, president of the Shuar Arutam People.

The push for extractive projects in the area is leading to a violent rupture of the local social fabric, migration of foreigners and  greater availability of certain resources, including the aforementioned security training “offers”, which generate a logic of conflict and violence in the territory, penetrating all social relations, and exacerbating internal conflicts and contributing to a social fabric marked by conflict and mistrust. All of the above is the direct responsibility of the State,given that the operation of these mining companies should be understood as ILLEGAL since licenses, agreements and contracts have been carried out without guaranteeing, among other rights, PSHA’s right to prior, free and informed consultation.

In light of these events, the Alliance of Organizations for Human Rights and the Caminantes Anti-mining Collective remind the State that:

As human rights organizations, we will remain vigilant to ensure that PSHA’s collective rights are respected, including their right to self-determination and to prevent the militarization of territories and communities of Indigenous Peoples.