Sinangoe Takes Its Fight to the Courtroom - Amazon Frontlines

Sinangoe Takes Its Fight to the Courtroom

From December 2017 to February 2018, the Ecuadorian government granted more than 10 new gold mining concessions in the headwaters of the Aguarico River— a major tributary of the Amazon River and vitally important to dozens of indigenous communities downriver— most within the boundaries of the Cayambe-Coca National Park and home to ancestral Kofan people of Sinangoe. Despite its direct impact on the community, the rivers, the land and the Kofan way of life, the new mining claims were granted without any free, prior and informed consultation with Sinangoe. Miners even began operating without an environmental license or water permits and have been illegally mining outside of the concessions. 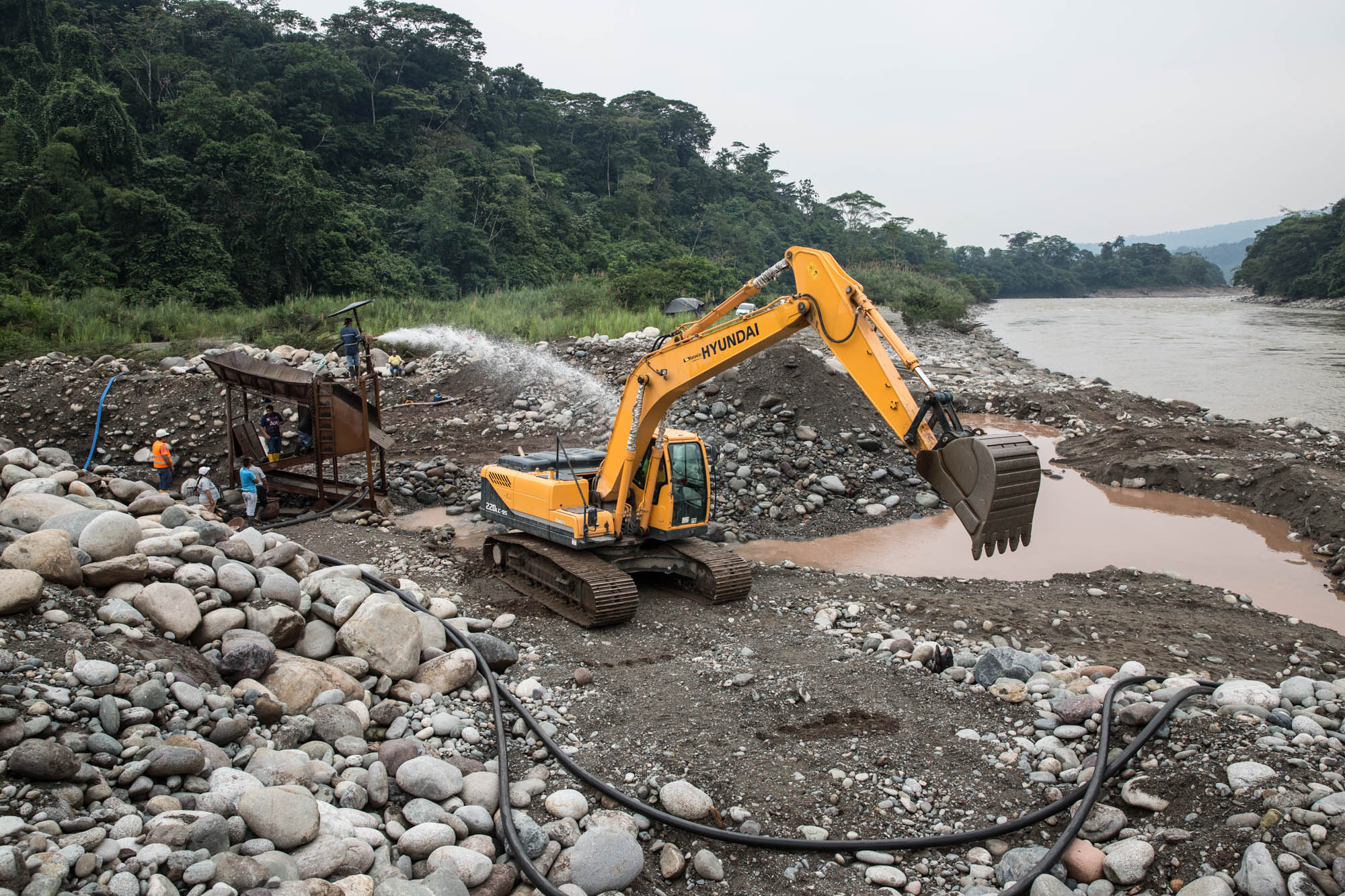 In a matter of weeks, devastation from mining using heavy machinery had spread along the banks of the Aguarico River alongside and into Sinangoe’s ancestral territory

In order to defend their territory and the other indigenous communities threatened by these mining operations, Sinangoe, Amazon Frontlines and our partner organization Ceibo Alliance, organized a land patrol, training dozens of community members in GPS mapping, video, photography and even the use of aerial drones to document illegal incursions into the Kofan’s legally-titled lands. These land patrols covered thousands of hectares on foot through densely forested mountain trails and by canoe up challenging and treacherous rapids, capturing critical evidence of illegal mining activities. You can learn more about the land patrols and their efforts to combat mining from our Amazon Chronicles blog: here, here and here.

On Tuesday, an article written by a journalist who was embedded with the Kofan land patrols was published in Foreign Policy magazine. The piece presents the complex relationship between indigenous peoples and national parks, making the argument that indigenous stewardship is far more effective at protecting delicate ecosystems than turning these areas into national parks managed by the government. The Kofan people of Sinangoe are a strong example in favor of this argument. Empowered and supported with tools and training, the Kofan are defending their lands from 21st Century threats with a resolve born from their intimate and ancient connection to the land. For the Kofan, protecting this forest and these rivers is not based on a distant notion of carbon markets or UN recommendations, it is a struggle to protect their way of life passed down from their ancestors, their health and their children’s future. 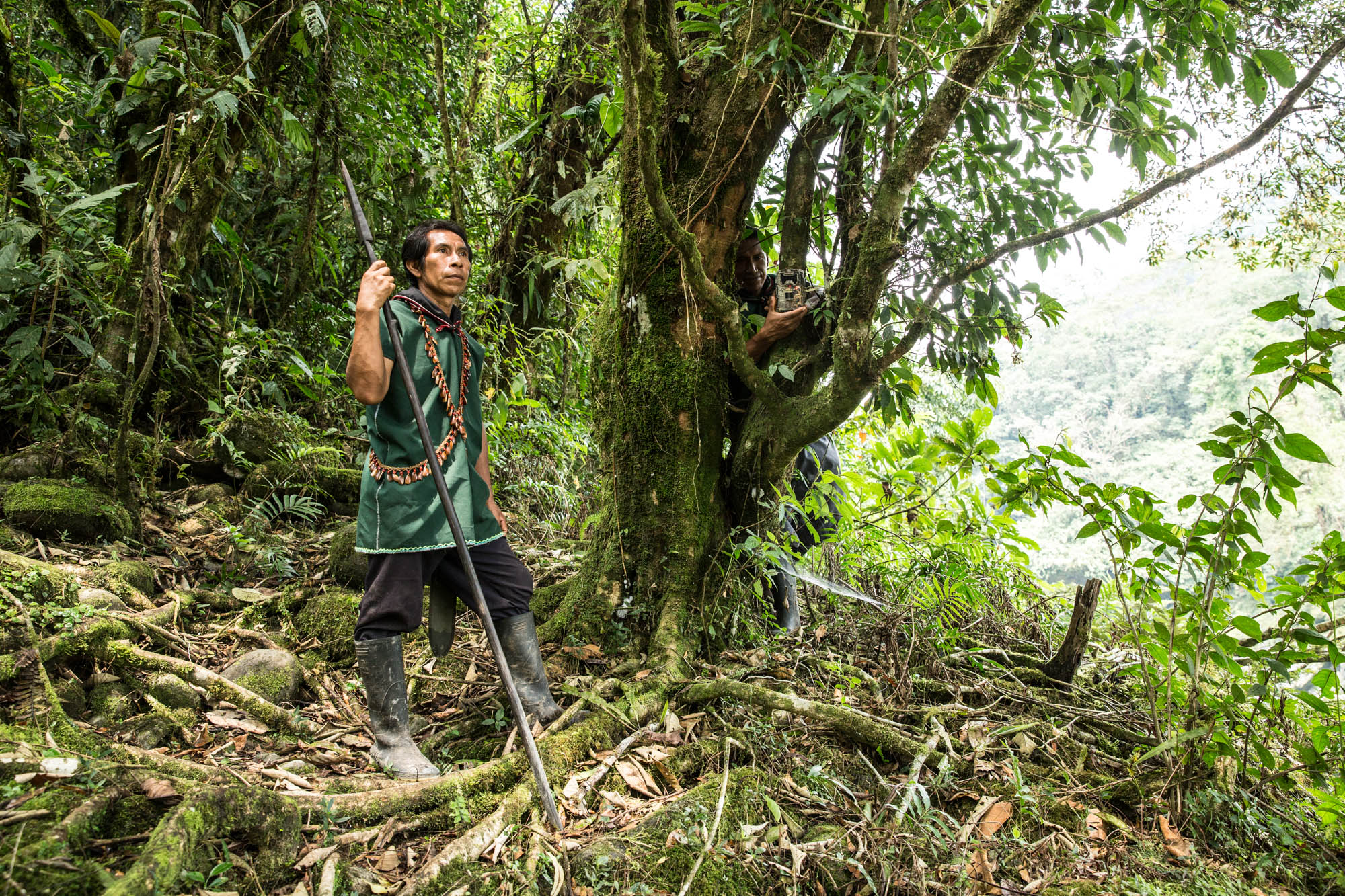 Now, the Kofan are taking their battle into the courtroom. This Thursday, July 19th, the Kofan go to court against the Ecuadorian Ministry of Mining, the National Mining Regulation Agency, the Ministry of the Environment and the Secretary of Water to revoke mining concessions along the border of their land and prohibit the mining companies that have systematically violated their rights from continuing to operate. At Amazon Frontlines, we will continue our efforts to raise awareness about the Kofan’s courageous battle to protect their territory. In the meantime, sign and share the pledge to #StandWithSinangoe and help strengthen the indigenous movement for resistance and rainforest conservation– on indigenous peoples’ terms– at the headwaters of the Aguarico River.