The Amazonian fires that captured the world’s attention in late August 2019 are a calamity of monumental proportions for our shared climate, biodiversity loss and health. While mass media attention has begun to shift its focus elsewhere, the fires have not abated and only risk worsening as the lower Amazon heads into mid-dry season. A study released September 11th by the Monitoring of the Andean Amazon Project (MAAP) demonstrated that over 40,000 ha of forest were both cleared in early 2019 and then burnt at the beginning of the Amazon’s dry season, as land owners claimed new land for agriculture and pasture using the slash-and-burn technique. This finding confirms that fires are happening on land that was previously forested, as opposed to being primarily part of an ongoing agricultural cycle, as some tried to claim.

This blog presents some of the science behind the disastrous consequences of these deliberate fires, which are but the most recent and palpable manifestations of the systematic and systemic pressures that the Amazon faces daily.

First, a point of clarification. From the Amazon basin to Africa and the Boreal region, there are forest fires raging across the globe in a prelude to our collective future. ALL of these fires are important and serious in their own right. However, some forests, for example the Boreal Forest, have adapted to repetitive cycles of fire. Indeed, the seed of the Lodgepole pine, which grows throughout most of the interior of British Columbia, Canada, is so thoroughly sealed with resin that it will only germinate when the high heat of one of the recurrent fires mollifies the pitch allowing it to open.

The Amazon forest has never been exposed to fire on a large scale. In its natural state, it is too humid to burn out of control. Thus, most Amazonian plants are what is referred to as “fire-naïve;” they cannot withstand the assault. While localized, controlled fires are traditionally used by certain indigenous groups in dryer regions for very specific purposes, such as clearing small plots, hunting tortoises or smoking out bees, the tragedy that we are all witness to now is a human-caused explosion in the number of large fires set primarily to make room for cattle. A combination of dryer conditions triggered by deforestation and climate change and its natural history leave the Amazon defenceless to this new, manufactured inferno. 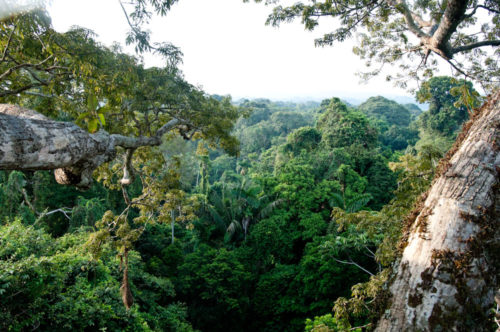 A view over the Amazon rainforest, Ecuador

The first victims of the fires – in what is an obvious statement – are the plants that are scorched and the animals that are driven from their home. In the Brazilian Amazon, there are on average 250 different species of tree per hectare. Imagine trying to play rugby – a rugby pitch is roughly one hectare – with 250 towering competitors each from a different team on the field. Living on and among the trees are multitudes of insects, frogs, fungi, mammals, birds and epiphytes. The number is not only unknown, but unimaginable. The individuals that are lost in the fires deserve their own unsung songs, but there is no salve for the biodiversity lost. Alas, some of these species live in just a few hectares of this uneven mosaic of a cathedral-forest. When their hectare-kingdom is gone, when their very body is defiled, and their entire biological cycle is destroyed, they are gone – forever. A recent UN-linked report by the Intergovernmental Science-Policy Platform on Biodiversity and Ecosystem Services (IPBES) has highlighted that 1 million species are at risk of extinction across the planet and that the main driver in Latin America is habitat destruction of intact ecosystems by agricultural expansion, primarily for beef. Between 1980 and 2000, 42 million hectares of natural landscapes were lost to cattle production across the region. 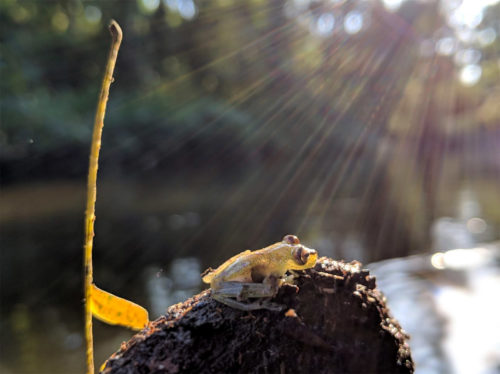 Threatening Our Shared Climate
Climate change as an issue has suffered from its “hereafter” and overly-technical image.

A confluence of recent events, beginning perhaps with the bravery of one girl – Greta Thunburg – and crowning with the highly symbolic nature of the recent, ongoing fires, has opened eyes to our shared climate future and saddened hearts across the globe.