Keep The Oil In The Ground: Waorani Take Ecuador’s Government To Court This Thursday - Amazon Frontlines

Keep The Oil In The Ground: Waorani Take Ecuador’s Government To Court This Thursday

One of the most biodiverse places on earth – in the heart of the Ecuadorian Amazon rainforest – is under imminent threat from oil drilling. This is the home of the indigenous Waorani people of the Pastaza province, who have protected their ancestral forest lands for thousands of years – and now, they’re ramping up the struggle. On April 11th in the city of Puyo, Ecuador, the Waorani people will be taking the Ecuadorian government to trial alleging numerous human rights violations in the government’s efforts to earmark their lands for oil extraction.

This is a critical moment to build global awareness about the Waorani’s fight to protect their territory, strengthen indigenous land rights, and halt global climate change. Please watch and share this video to support the Waorani in their struggle, and to show the Ecuadorian government and court system that the world is watching to ensure the integrity of the judicial process!

The Waorani people’s efforts to protect their ancestral territory from oil extraction – nearly 500,000 acres of highly biodiverse, primary rainforest – has emerged as a flashpoint in the South American country, highlighting the stark gap between the Ecuadorian government’s thirst for oil revenues to relieve international debt and indigenous peoples’ internationally recognized rights to free, prior and informed consent, self-determination, collective territory and the rights of nature.

This Thursday, the Waorani will be mobilizing in the city of Puyo, bringing hundreds of leaders, warriors, fisherman, medicine people, elders and youth from deep in their forest territory to the courthouse. Donate now to help fund their logistics (transport, lodging, food). Every dollar will go directly to on-the-ground organizing costs.

Amidst the backdrop of decades of contamination and cultural disruption in indigenous territories across the Amazon by oil operations, the Waorani’s lawsuit aims to protect their homeland, one of the last bastions of wild-standing forest, from a similar fate. Alongside their legal action, the Waorani are using high-tech maps, global campaign strategies and multi-nation organizing to spearhead a resistance movement opposing fossil fuel extraction and to galvanize the protection of nearly 7 million acres of indigenous territory – a critical stronghold in the battle against climate change.

Amazon Frontlines will be standing with our indigenous Waorani partners on the ground as they take on the Ecuadorian government to demand respect for their rights, and to protect a forest which gives life to us all. Please stand in solidarity by reading and signing the Waorani’s petition, which they will be handing into the government in the coming months. 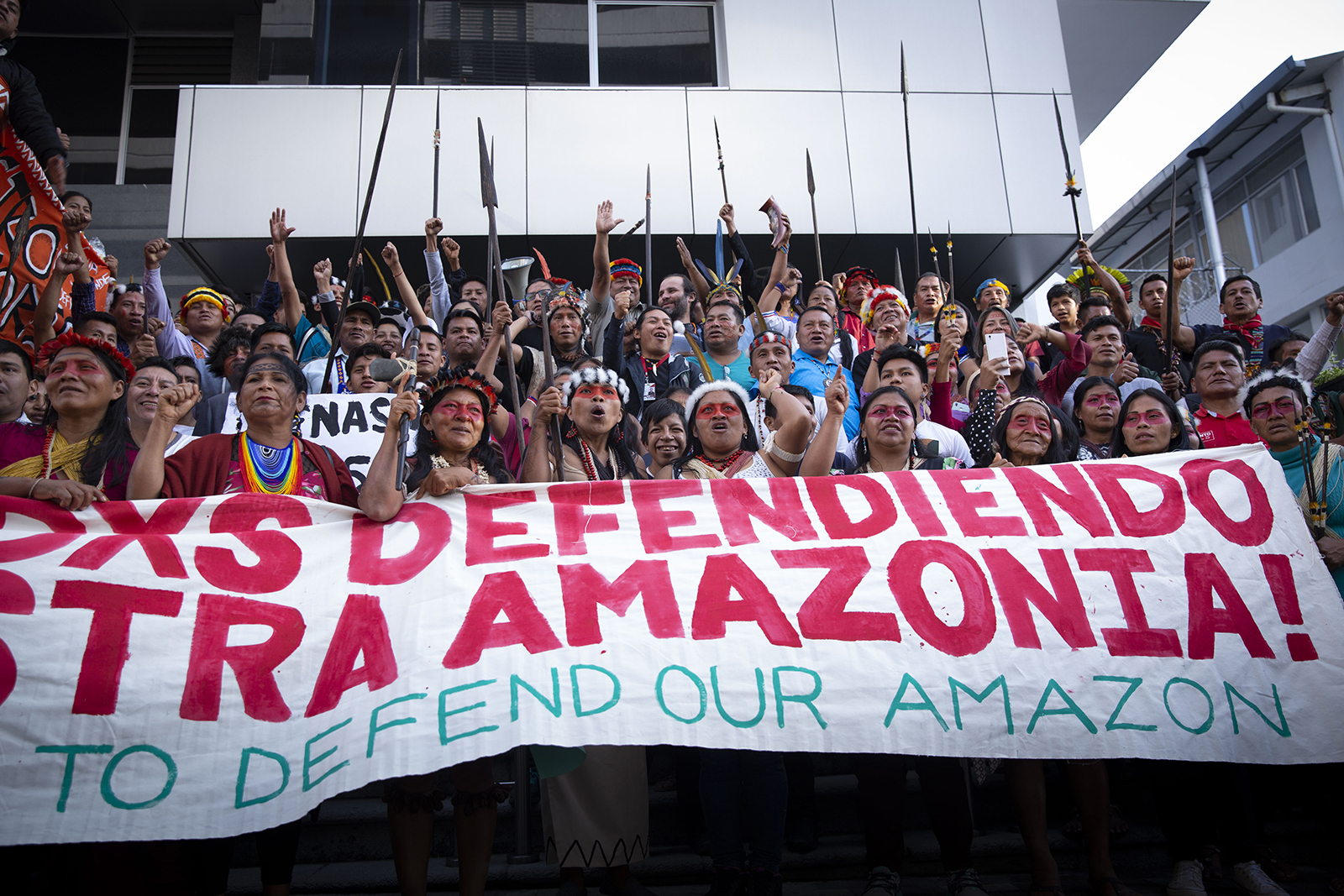