Her daughters and her granddaughters

Grandmother Aurora is one of the oldest Siona women in the entire Cuyabeno region. Not long ago, she sat facing the fire, wearing her typical dress: a knee-length skirt and a bright red shirt that exposed her midriff.

The grandmother is a small and lightweight woman, but she has incredible strength. Her white hair is a little messy. One could tell she’d already gone to work at the garden because as soon as the sun rises, she stands by the door to her house and begins to brush her hair while chatting with the people nearby. All around her stood about 15 women between eight and 50 years old — many generations of knowledge and connection to the Siona culture.

All of a sudden, the grandmother began to tell us the story of her life: She told us how she learned everything she knows from her own grandmother; about the day she learned to make CASABE and cassava juice; about how her mother sent her to the garden, and she had to harvest the cassava by herself then. She didn’t know how to do it, but she tried because she recognized it was important. When she got home, her own grandmother told her how her great-grandmother had taught her to cook and that she needed to learn soon because “plantains and cassava water help a child grow” — in other words, if she knew how to cook, she would be ready to start a family. So she remembers spending that whole day with her grandmother, making CASABE, cassava cake, plantain cake, and CHUCULA COLORADA. 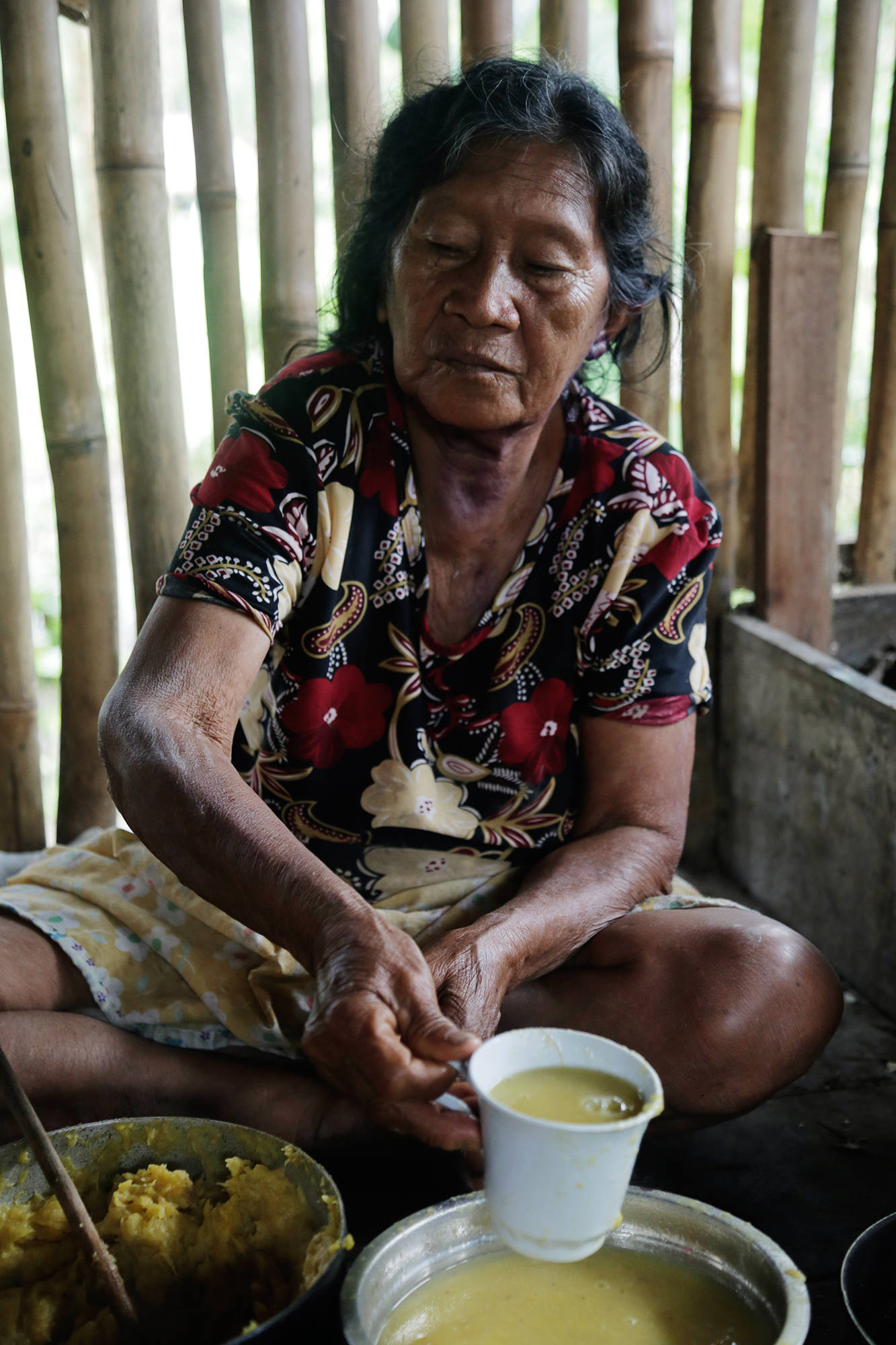 Some girls seemed especially interested in the grandmother’s stories, perhaps because they felt a longing for an experience just like hers. Finally, Grandmother Aurora told us that she was concerned because some women didn’t know how to cook their food anymore, nor did they know how to make their own clay pots; neither were they able to speak their own language and were even ashamed to wear their traditional clothes.

From that day, that conversation inspired us and the rest of the community. The women alongside their daughters, sisters, and even husbands, said they would be needing support in order to save their people’s traditions. That’s where our idea was born. 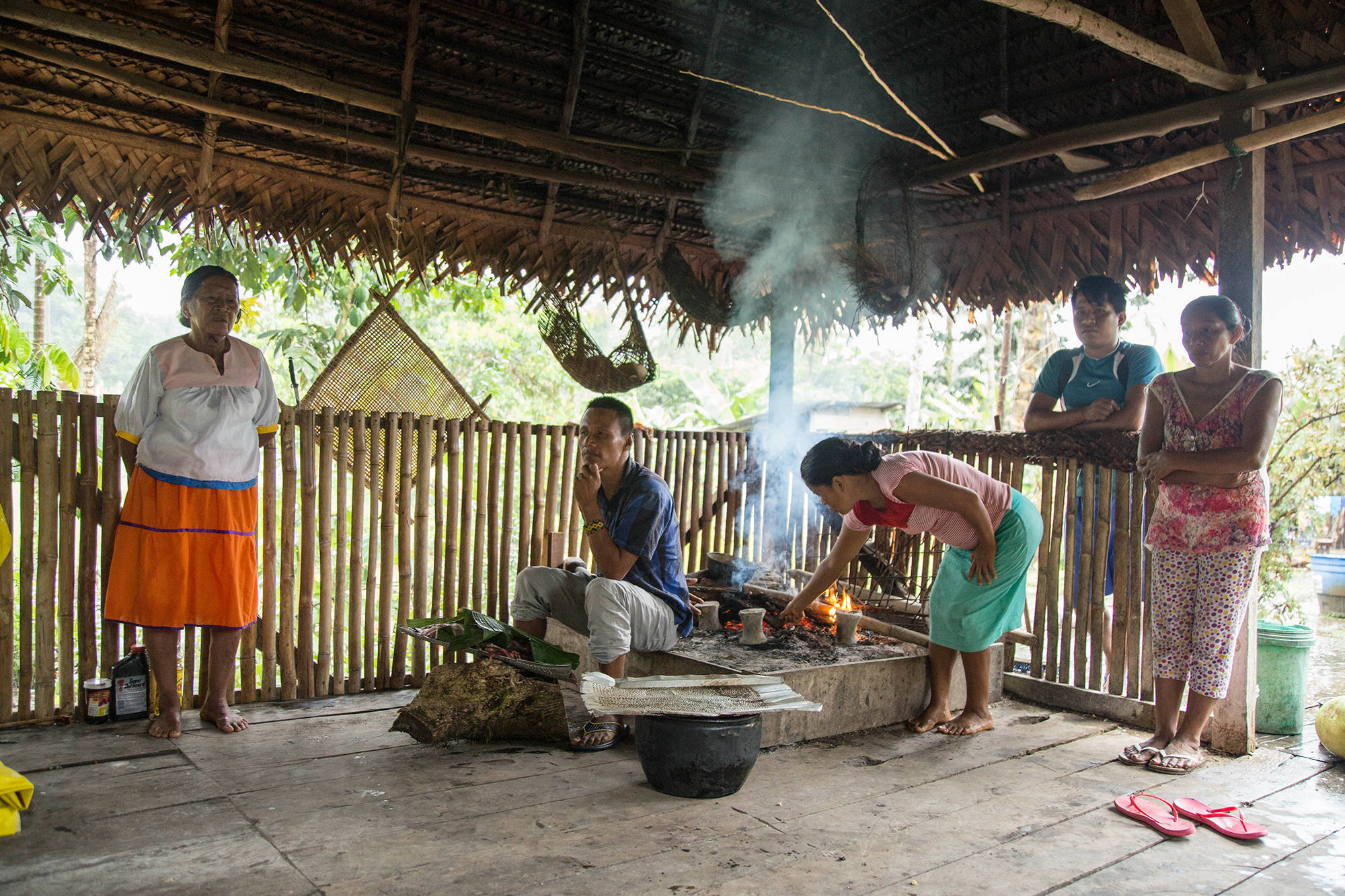 Together we planned a series of gatherings with women from different communities, thinking of them as spaces where the youngest women could come together with the grandmothers in order to learn their own people’s culture. Through these gatherings, we wanted women to identify once again wth their harmonious qualities and with those of the rainforest itself.

At first, the women lived through Grandmother Aurora’s same life story, from going to the garden to harvest plantain, firewood and cassava, to spending the day listening to stories and learning how to make the foods they used to eat before their world became westernized. 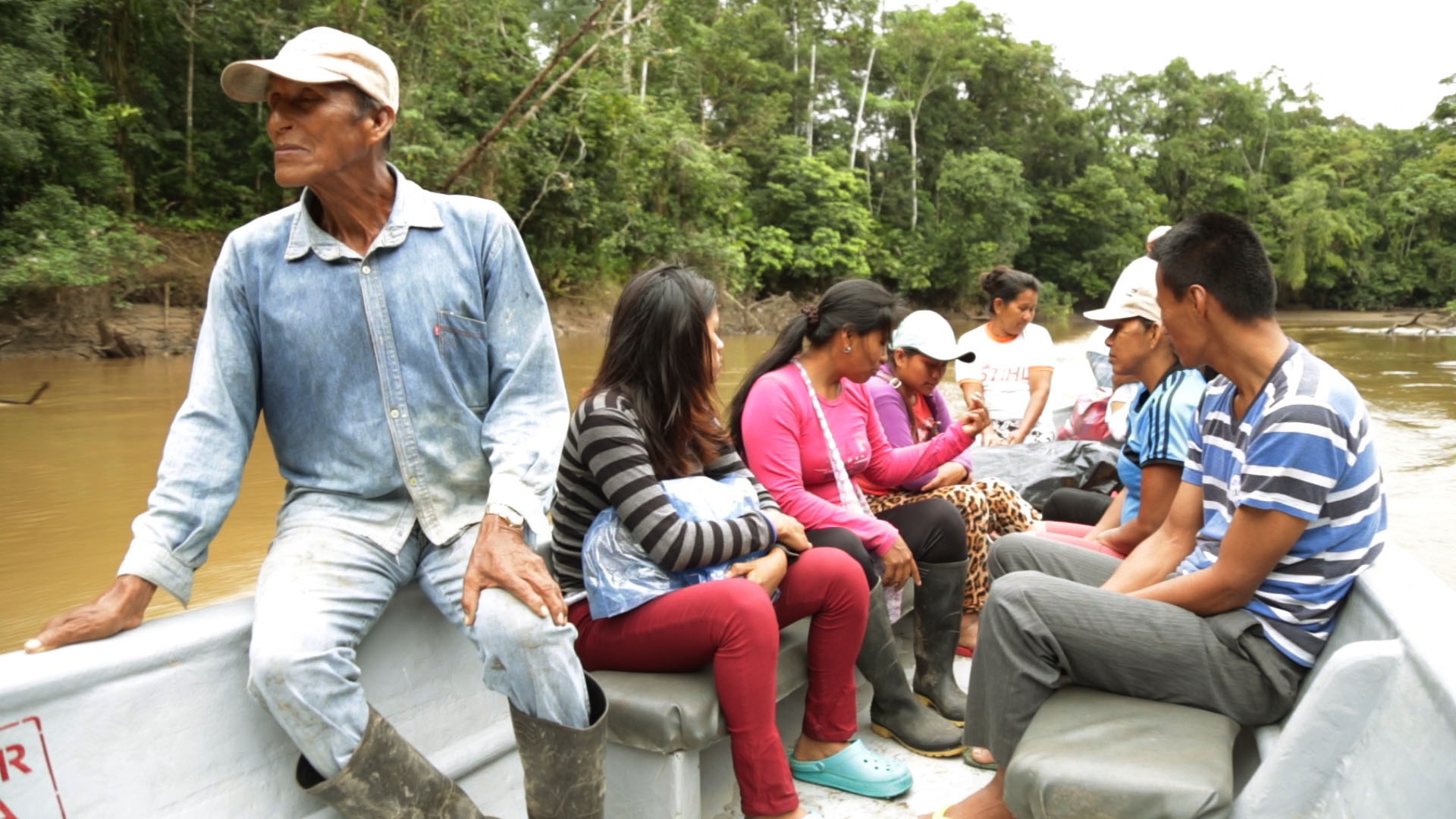 Three weeks later, we went to the woods and picked up the bark and palm leaves with which crafts are made. Each piece was worked on with loving hands, representing not just the relationship between women and the rainforest, but their fundamental role in the family. They made the strainers used to take out the veins and large chunks of cassava that damage the CASABE leaf. The weaving is very delicate and complicated, requiring a lot of patience to weave it thread by thread — in the same way that a lot of patience is needed to raise children or to wait for the family’s food to grow in the garden. 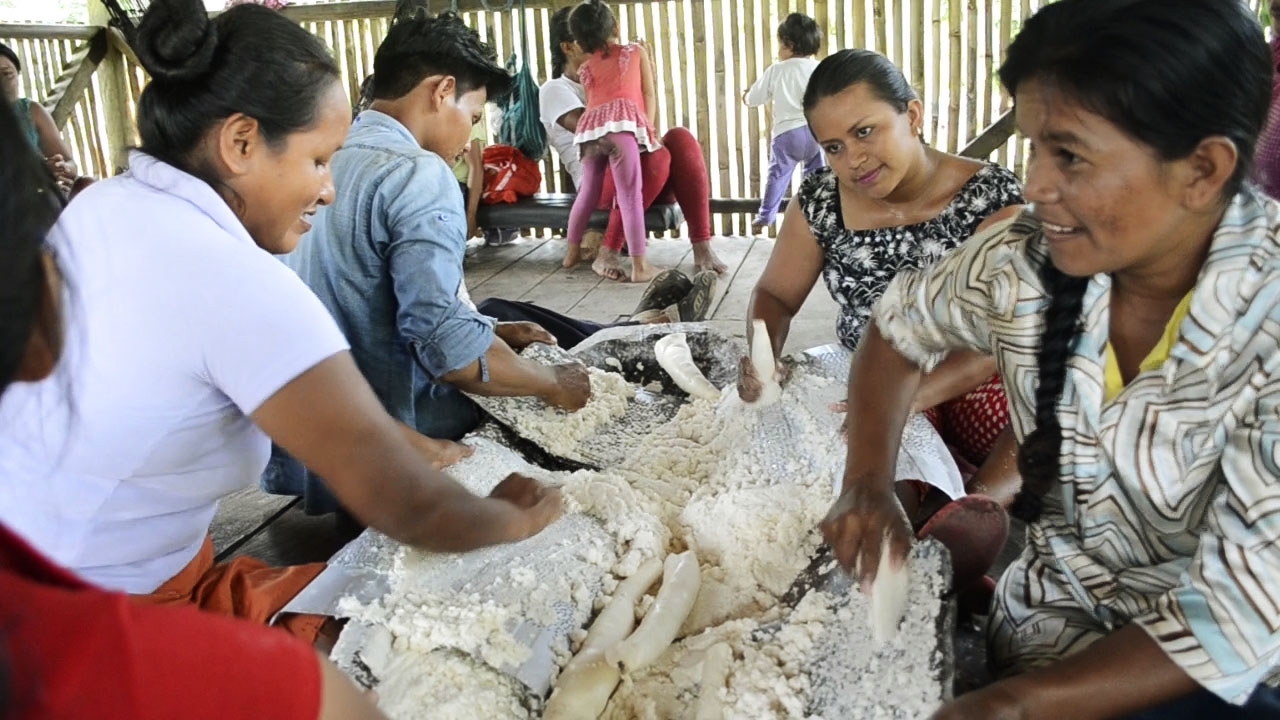 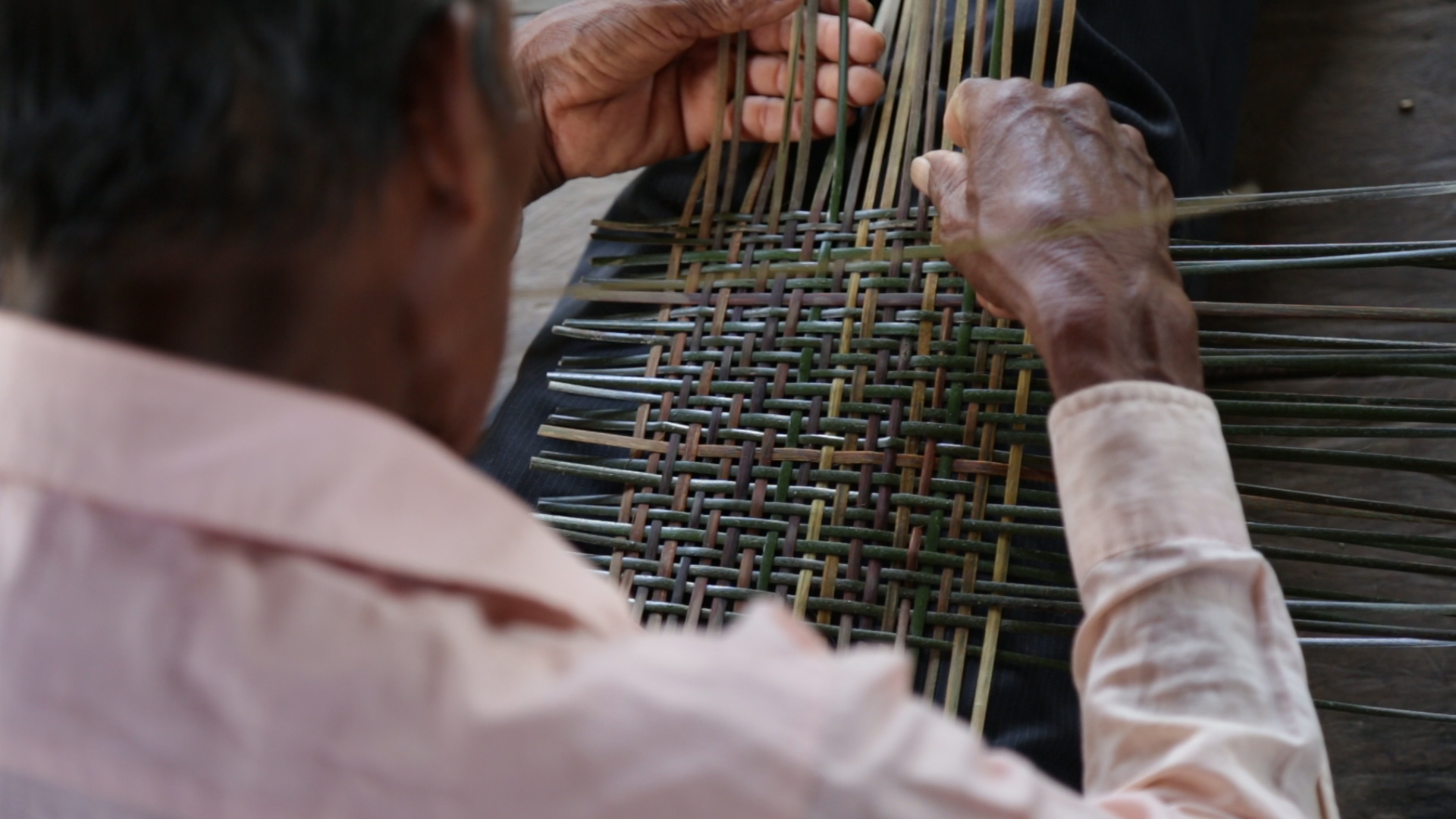 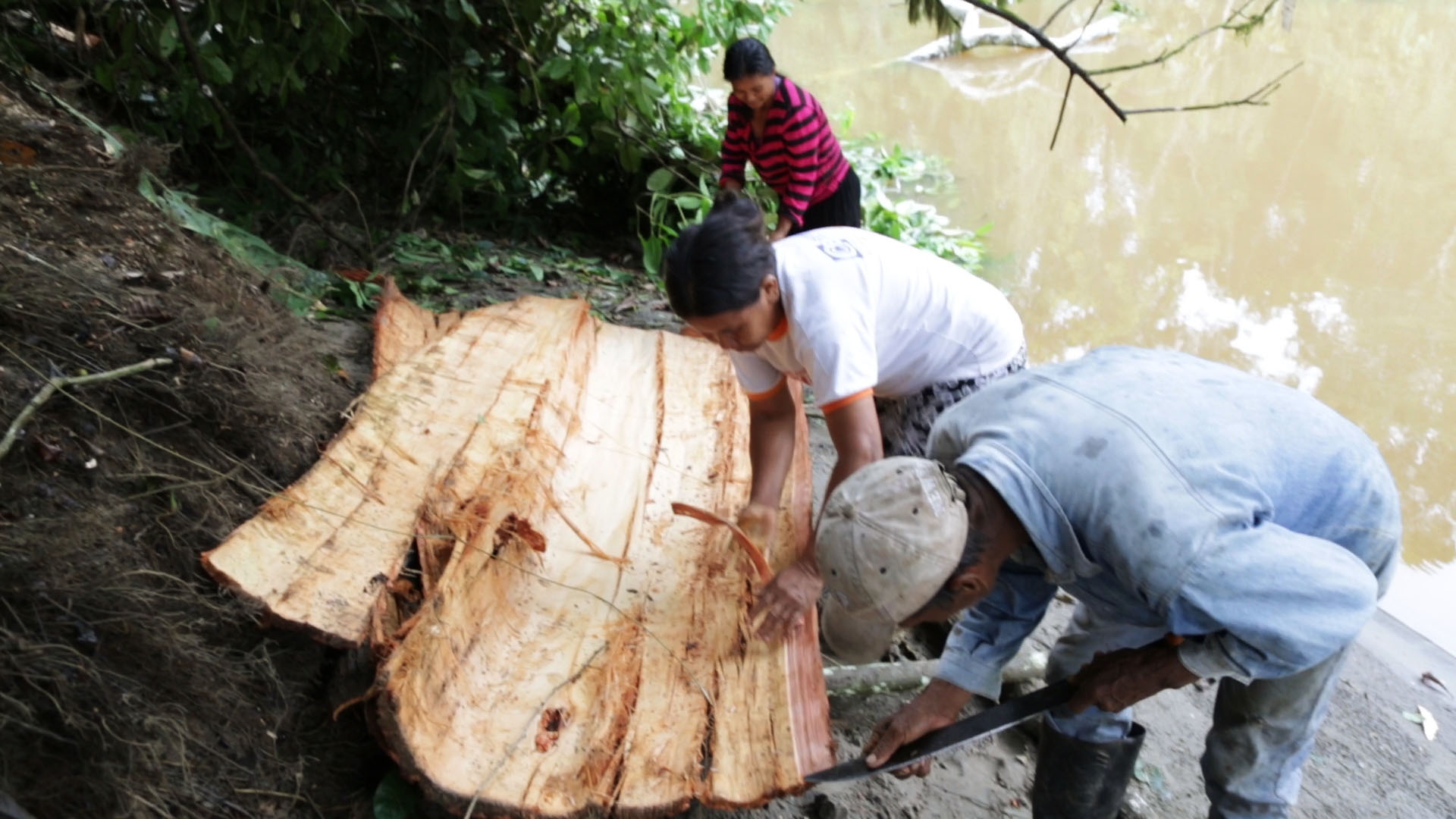 We made hammocks, because the grandmothers say that in the past, the Siona people did not sleep in mattresses — that’s a custom that was brought by the West, one that is increasingly keeping them from meeting with their ancestors again. The Siona were made and born in their hammocks; they slept and lived in them, so the younger generations must learn the cultural value of those weavings. After kniting, their hands became more skilled and their hearts, happier. 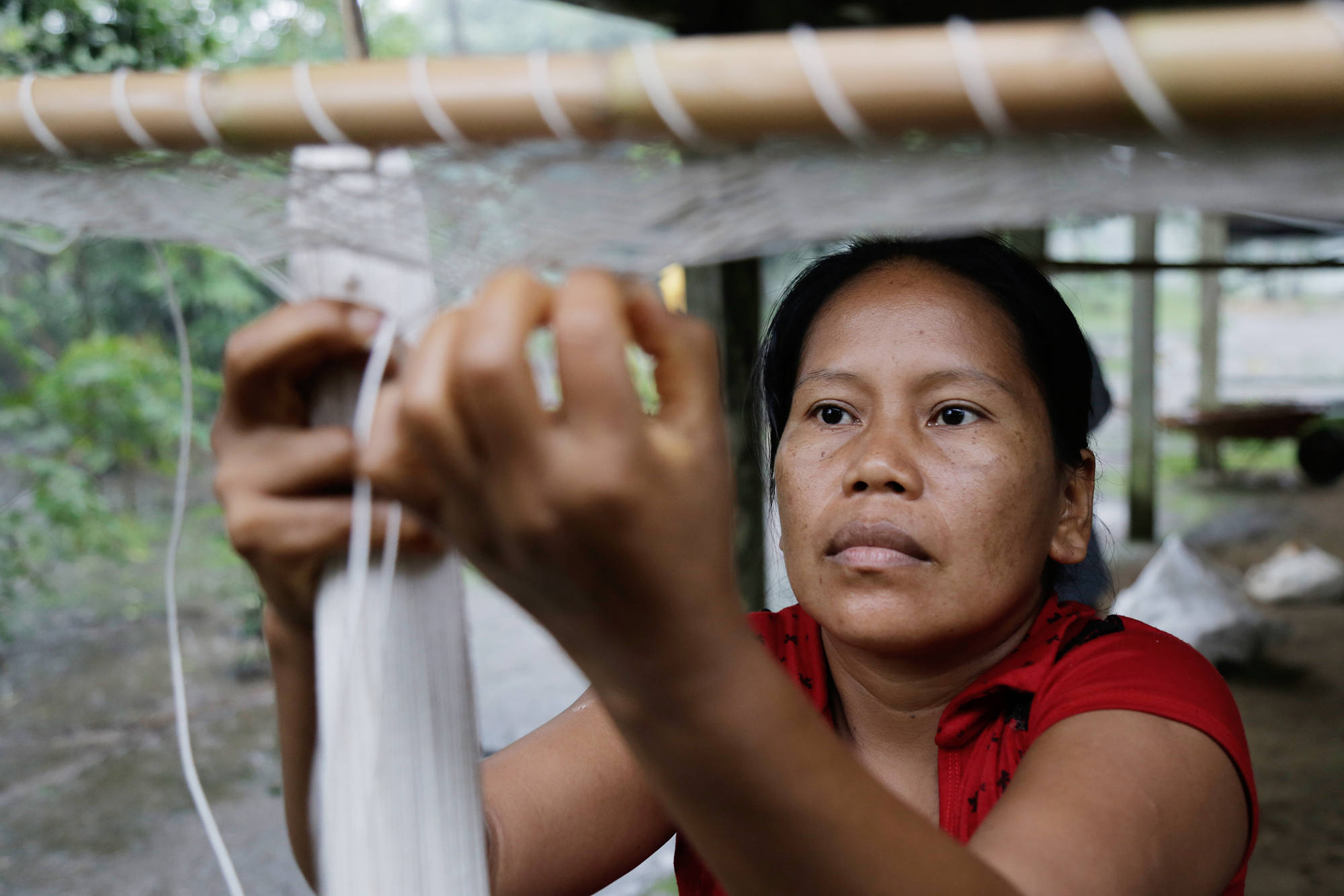 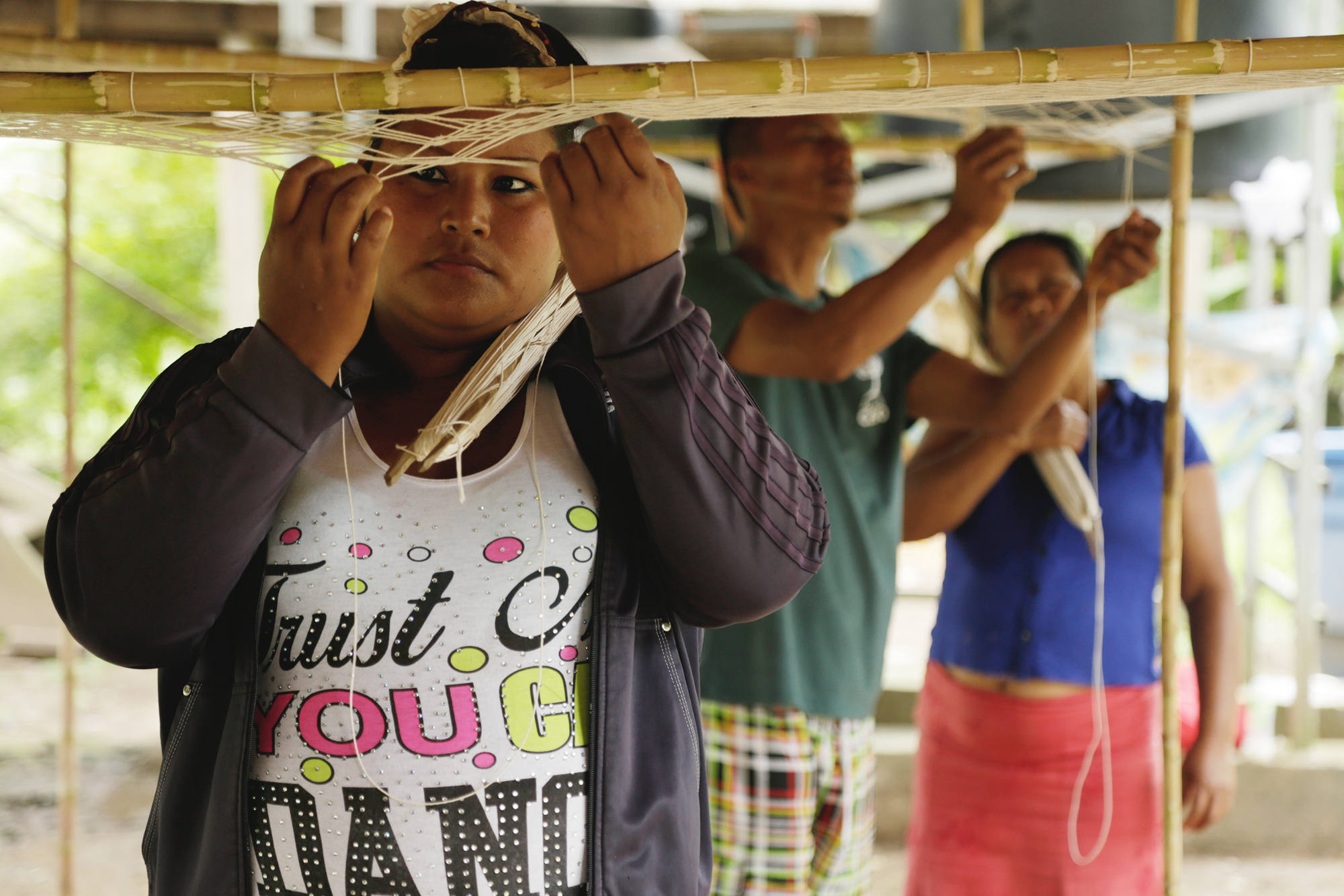 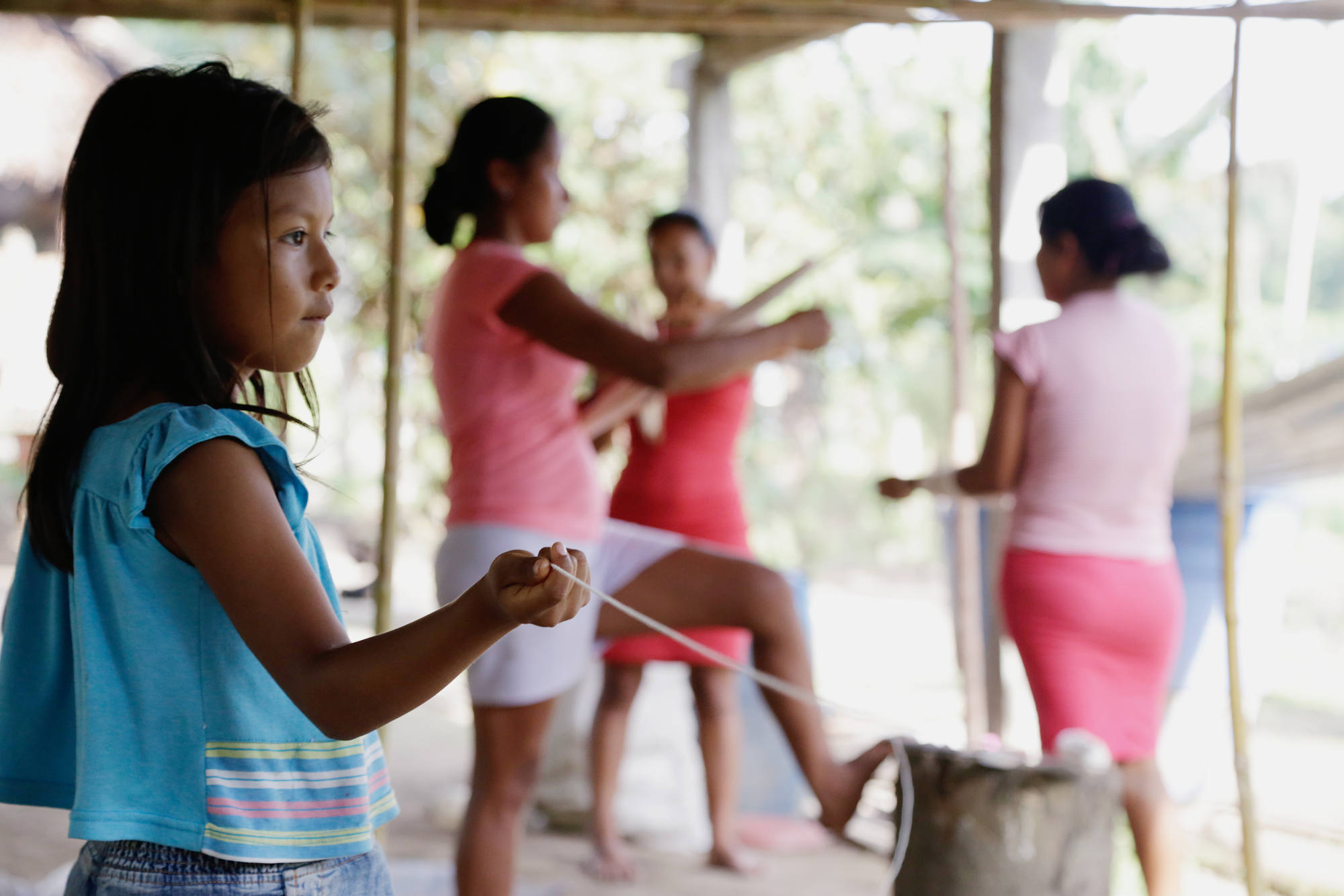 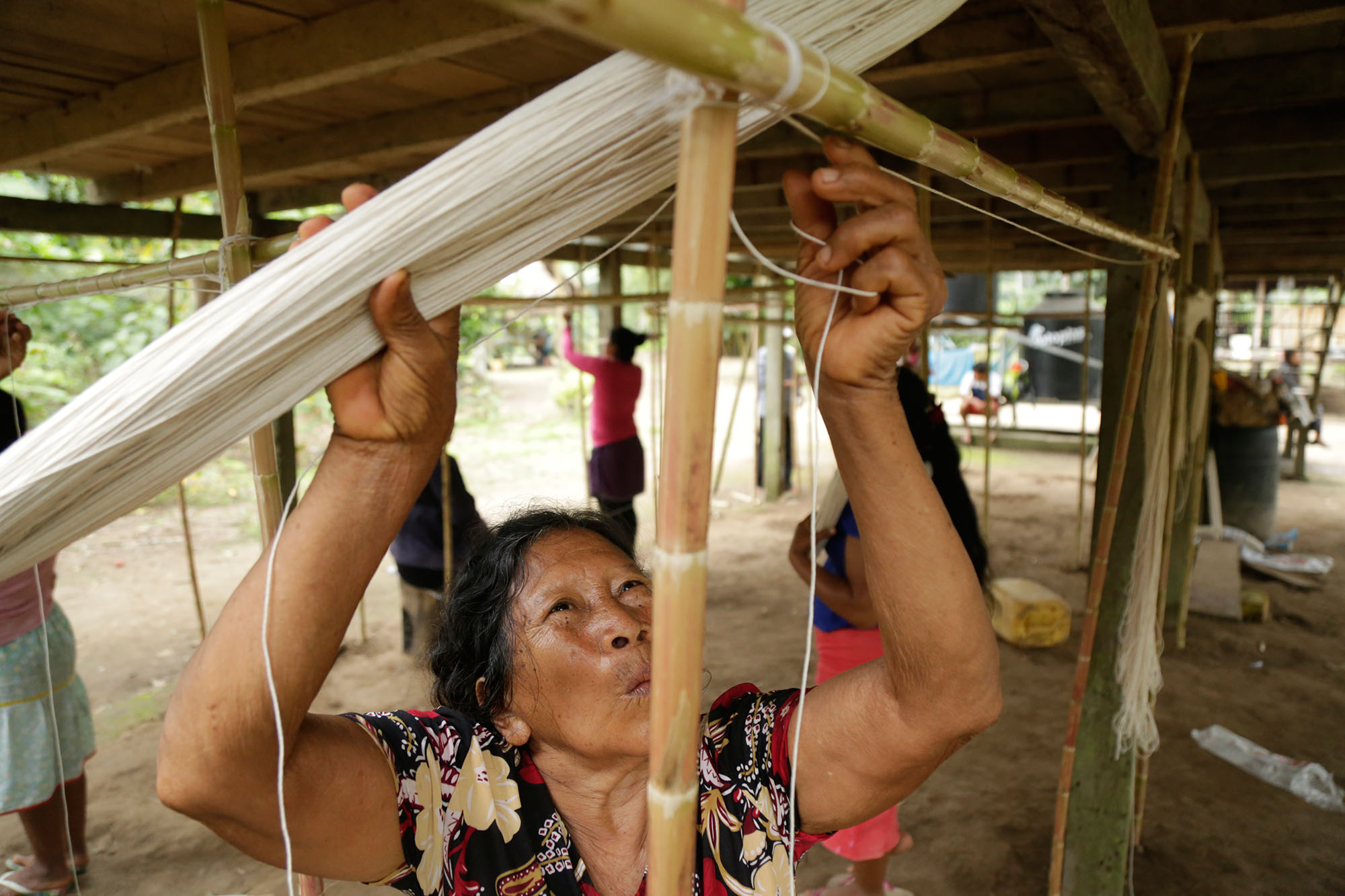 This initiative is very different from all the other Alianza Ceibo projects, since it is focused on bringing the culture back to life — not just as an expression of folkloric practices of the Siona people and its women, but also as part of a deep relationship with the rainforest and with fighting for their territory. Practicing one’s culture is also a form of survival. 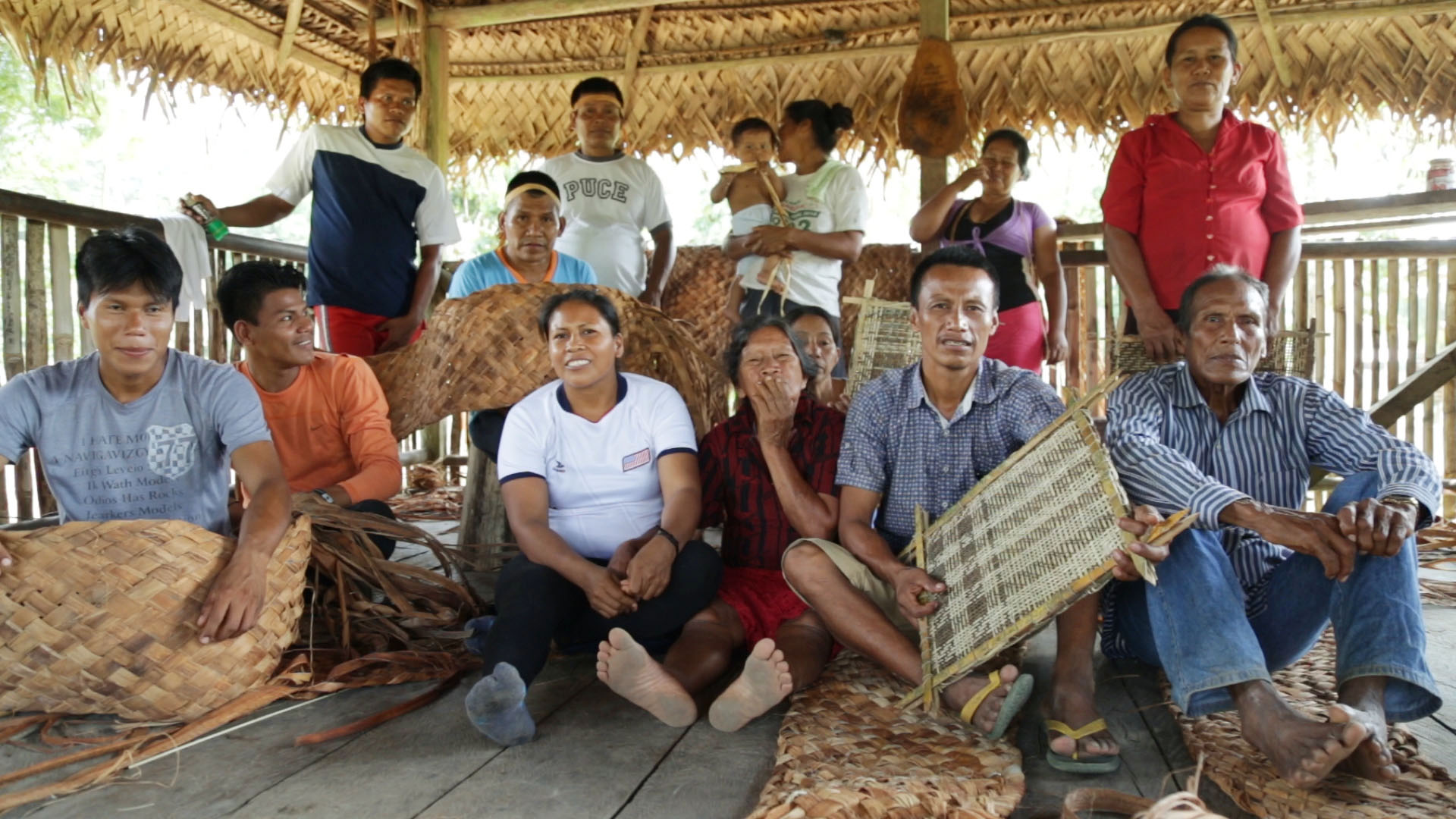