Alongside other global partners, AMWAE is working on a cacao production and organic chocolate manufacturing initiative. The project serves as a tool for the defense of their territory and the protection of its forest, but also as a strategy to provide families with a source of income that respects their culture and ways of life.

In the words of AMWAE’s president, Patricia Nenquihui – The women were suffering a lot because they saw how the forest was being destroyed. The company was bringing in its machines and felling all the trees. The animals fled because the noise frightened them. Men fell in love with money; they wanted to work with the company to earn money and buy alcohol. They also didn’t want to grow food any more — they just wanted to buy and eat food from elsewhere. When they saw that the company didn’t give them work anymore, they started to look for new ways of making money. So they would hunt a lot in the forest and sell the meat in the nearby port towns — more than 40 tons of game meat a year (wild boar, wanta, tapir, deer and monkey). The rainforest was dying and the communities were being left without food. 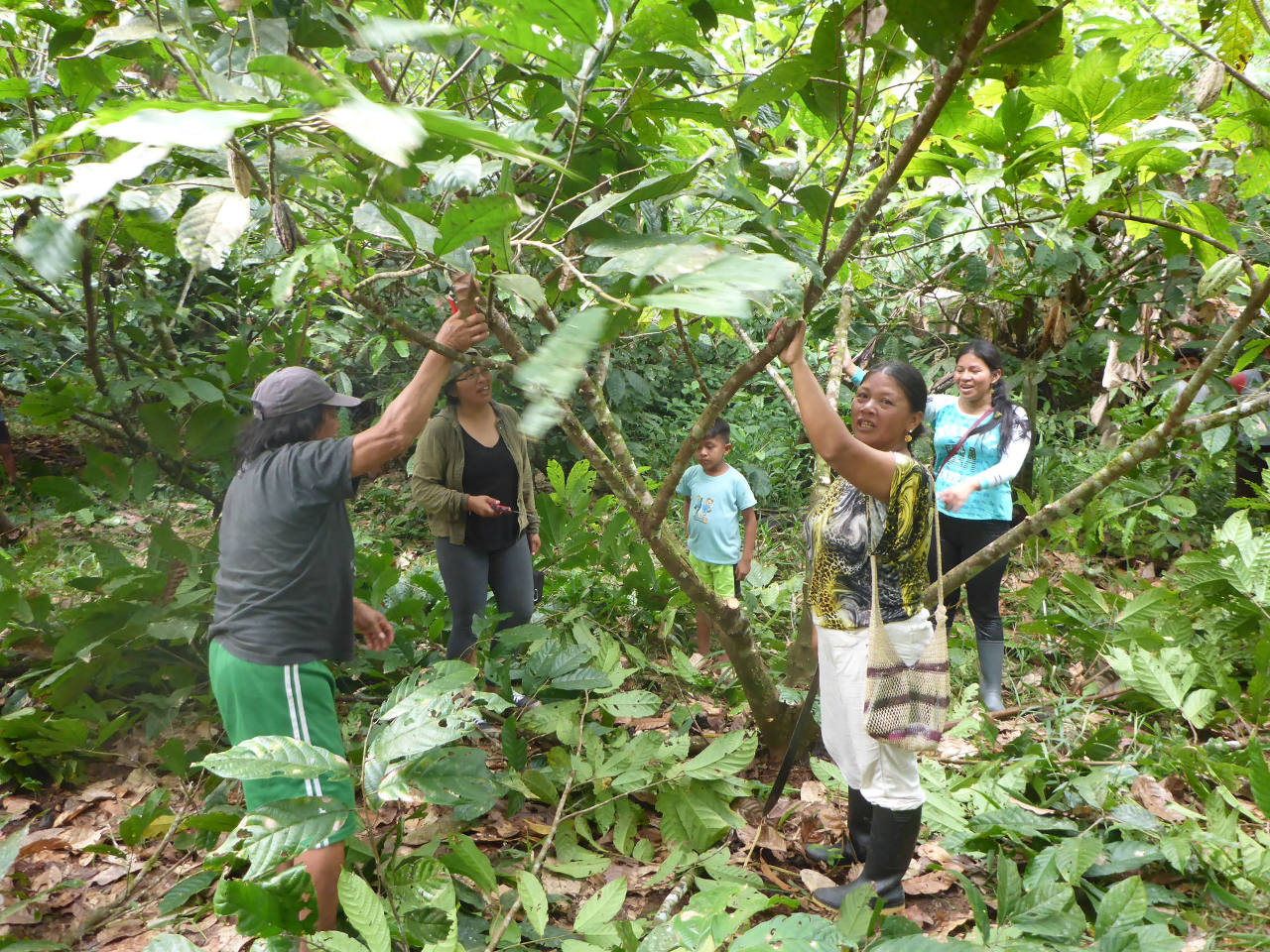 We’ve been making progress on two projects with Wao women. Just like the Wema bird, we are building a support network — one defined by love, trust, sharing, and strengthening — of all the Wao women, including those in communities and also those who left for the city and still have a lot to do to protect the forest and life itself.