Shamanic ceremonies driven by ayahuasca or yagé – an admixture prepared with Banisteriopsis caapi — are a fundamental component of Amazonian indigenous society; an activity that’s as integrated and entwined into daily life as hunting and gathering. Unique within each culture, these ceremonies provide a space where mental and physical ailments are analyzed and tended to; where animals and fish are summoned from distant forests, rivers and a parallel world, and where ancestors can be consulted for their wisdom. Through shamanic ceremonies, the intangible strings that interconnect the family, village and distant clans to the grand Amazon and universe beyond are re-aligned and “tuned” to reverberate health, knowledge, abundance and power. 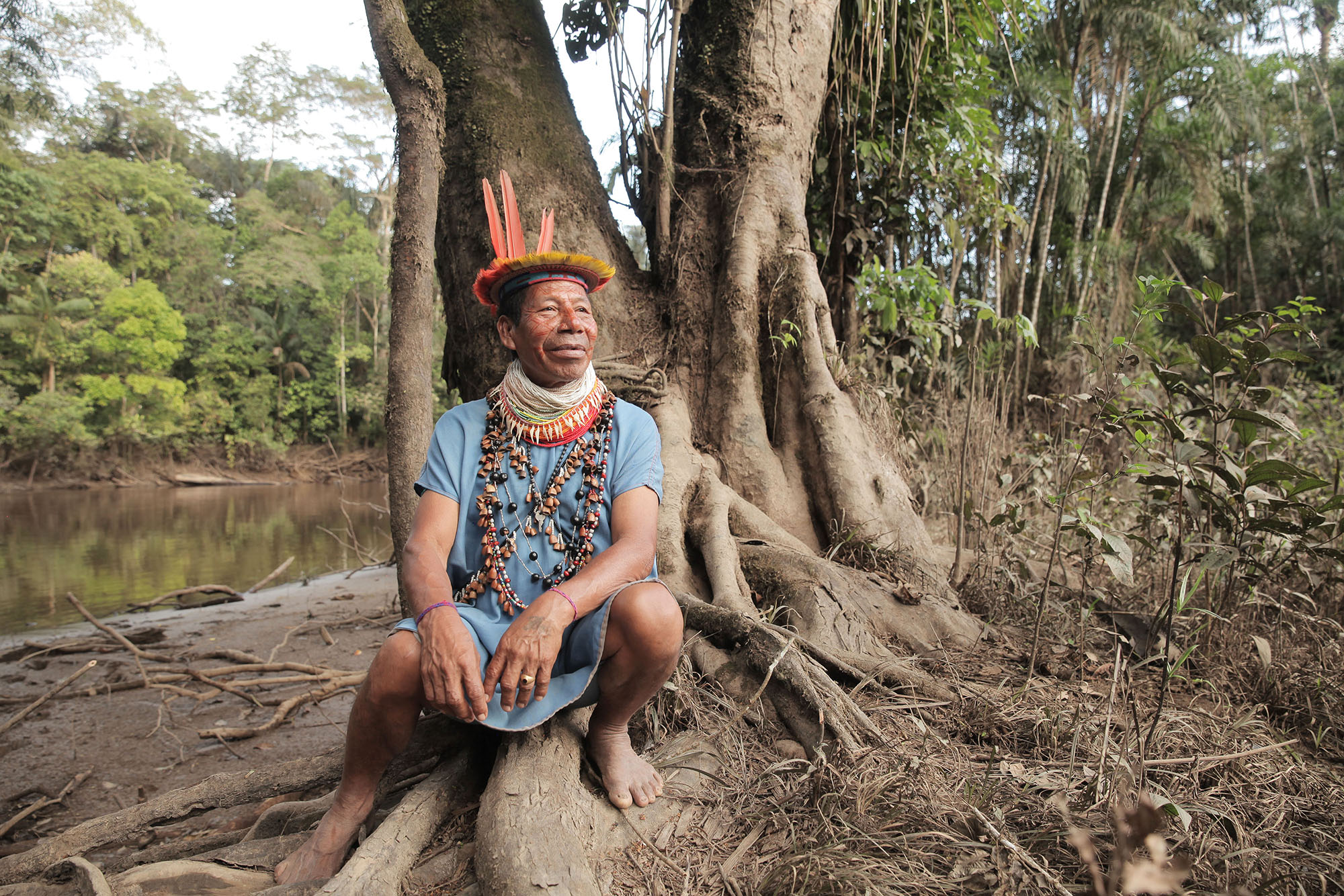 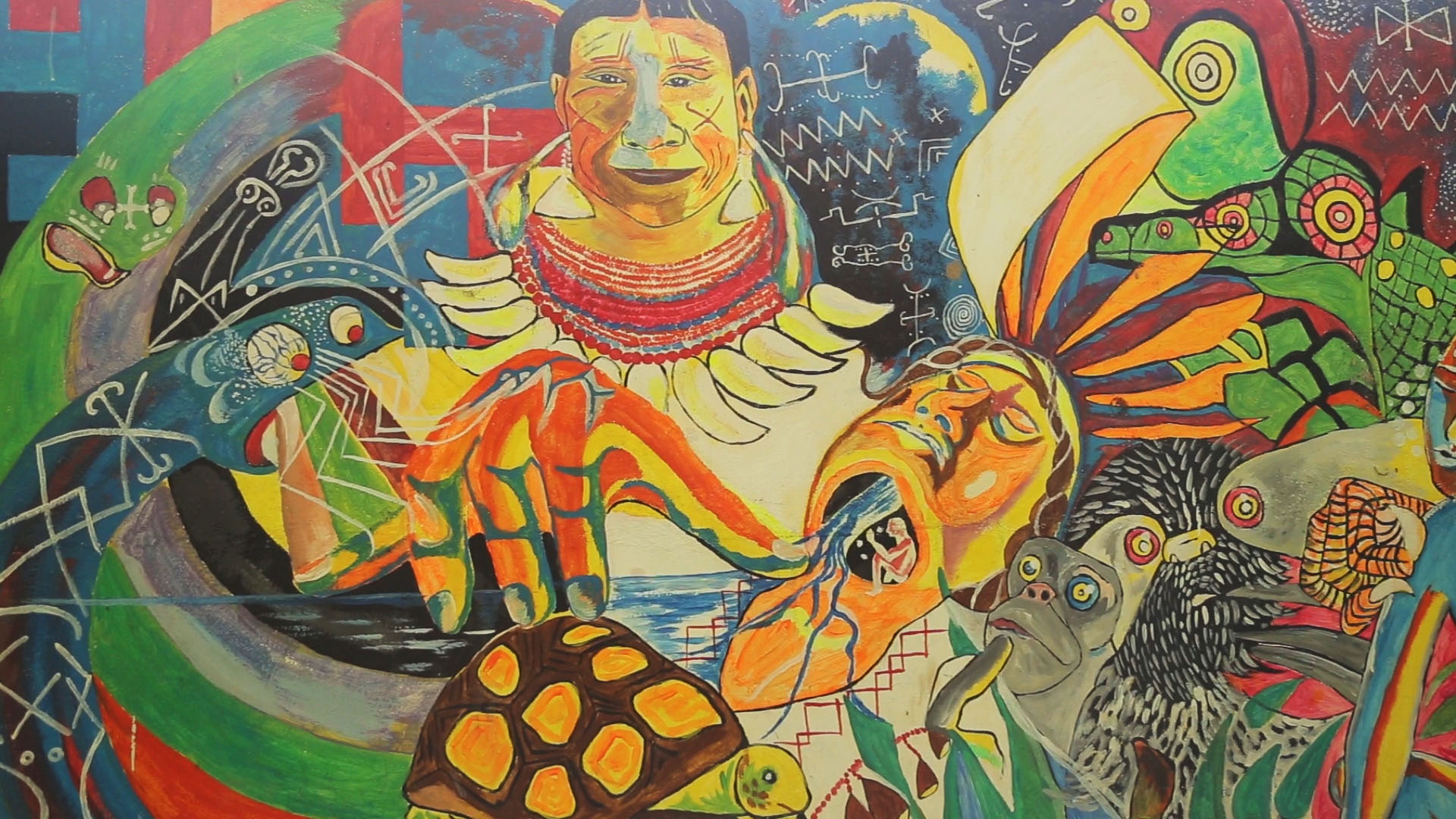 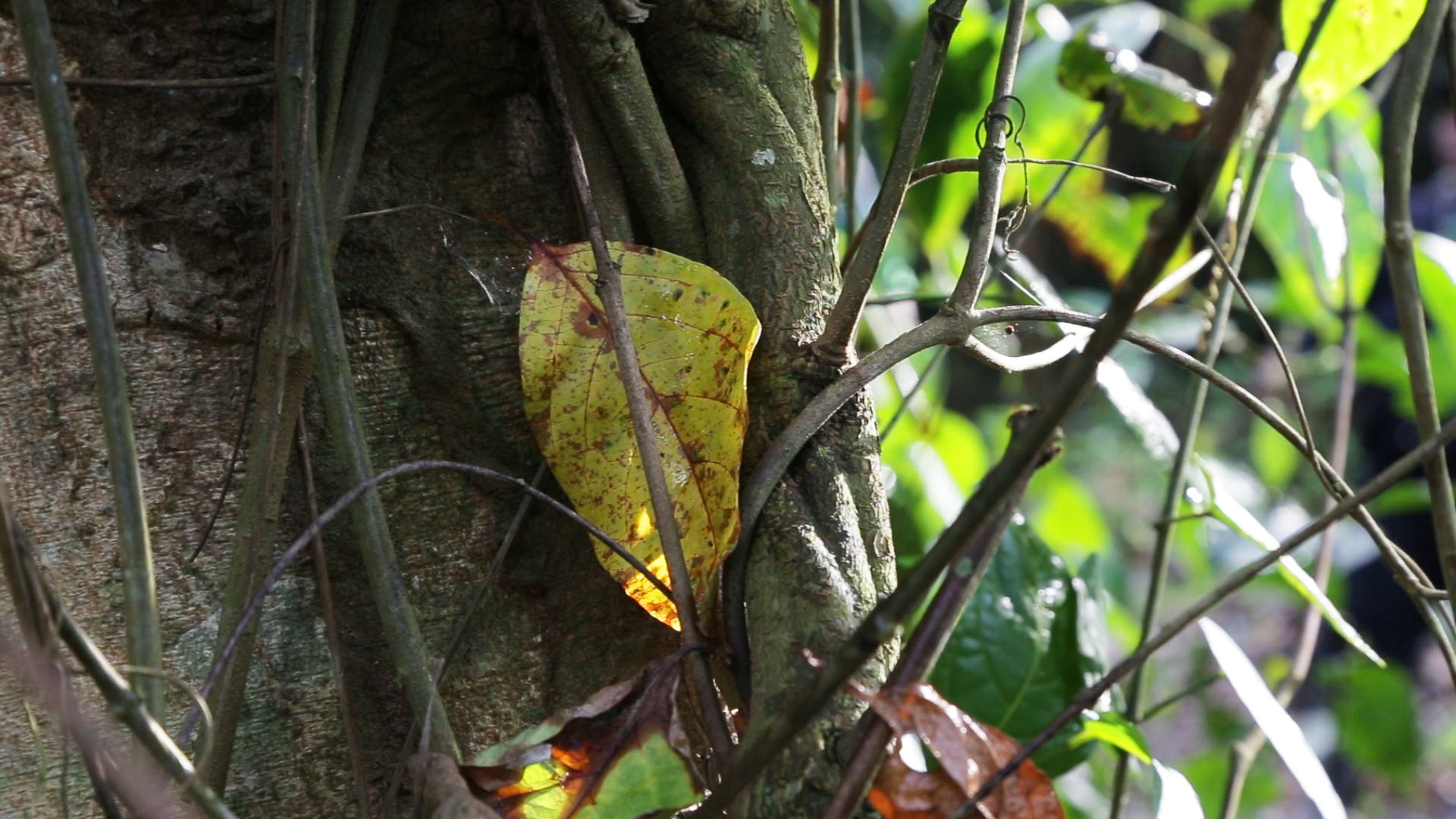 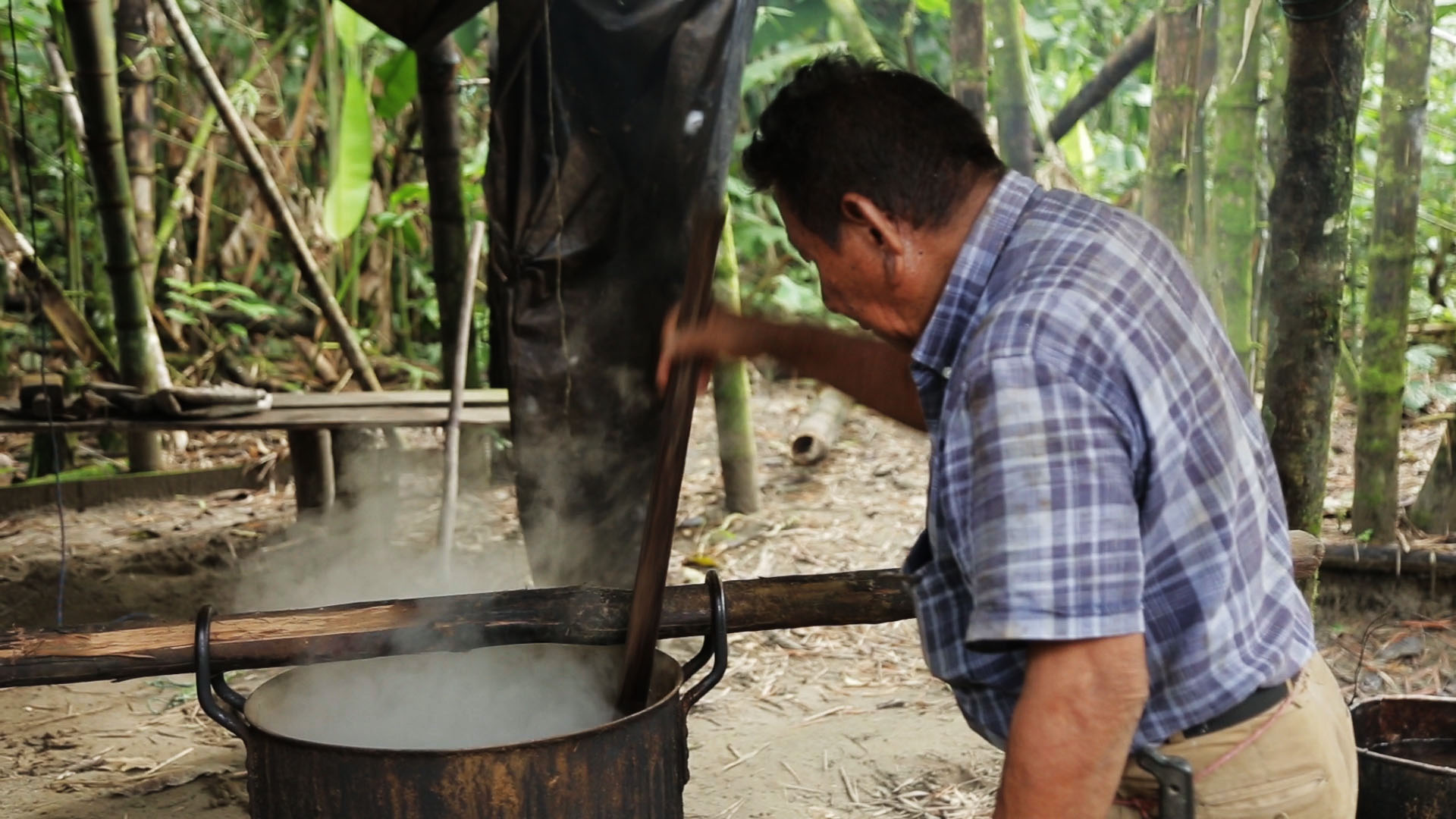 Centuries of abuses and atrocities have worn hard on and severely weakened spiritual connectivity, provoking the disempowerment of these ancestral ceremonial spaces. Today, many indigenous territories are virtually islands of rich tree cover surrounded by vast, deforested wakes of colonial settlement defined by the extractive industry’s infrastructure of roads and pipelines. Divided, reduced and corralled, native communities struggle also with confusion and disorganization over the religious missions’ demonizing of perhaps the one thing that can foster their healing: the ayahuasca or yagé ceremony.

Remarkably, many communities are re-kindling the coals of ceremony, and in addition to the historic roles of healing and summoning game, these spaces are also serving to inspire, organize and strategize the defense and recovery of the communities’ territories. 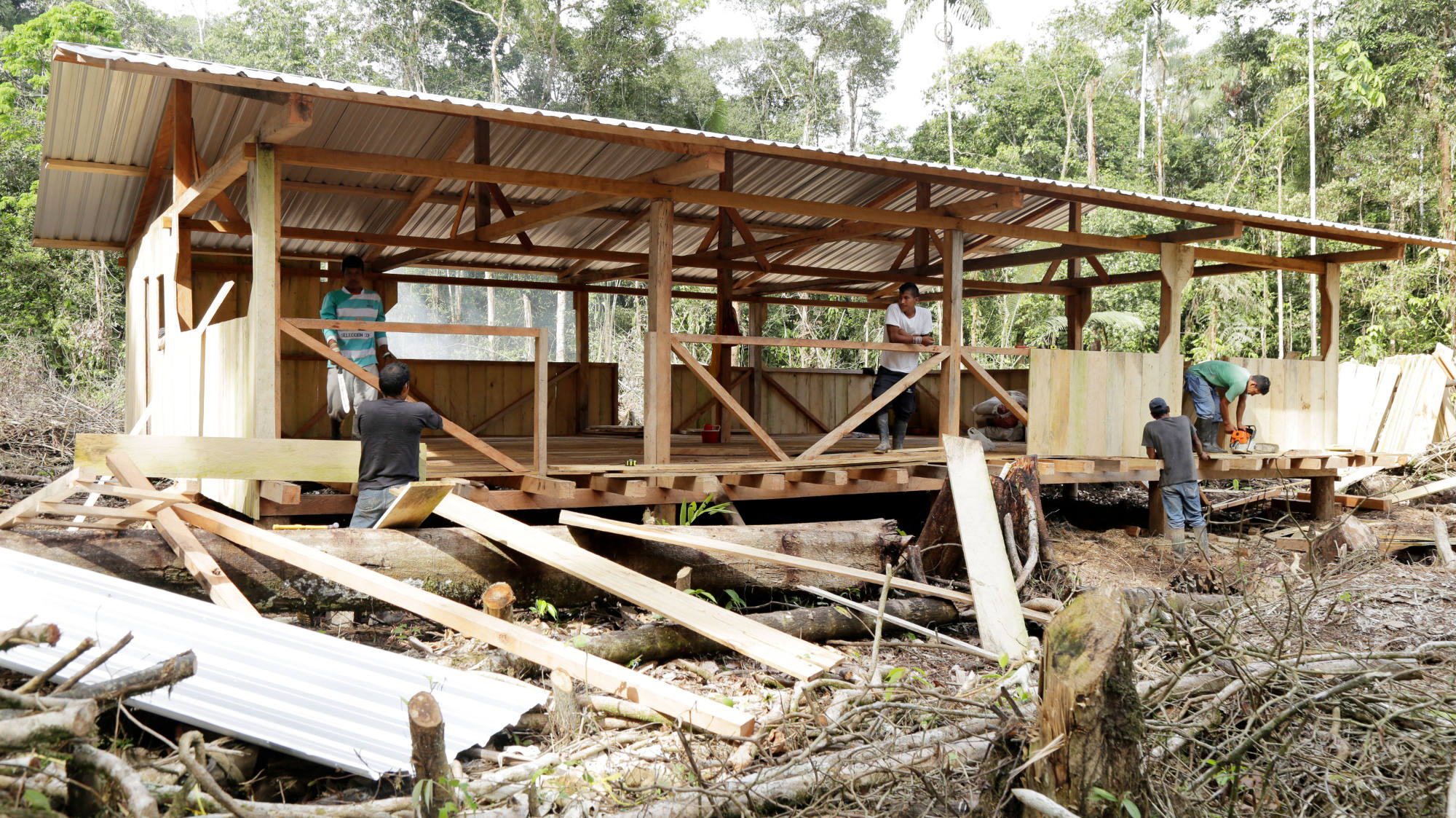 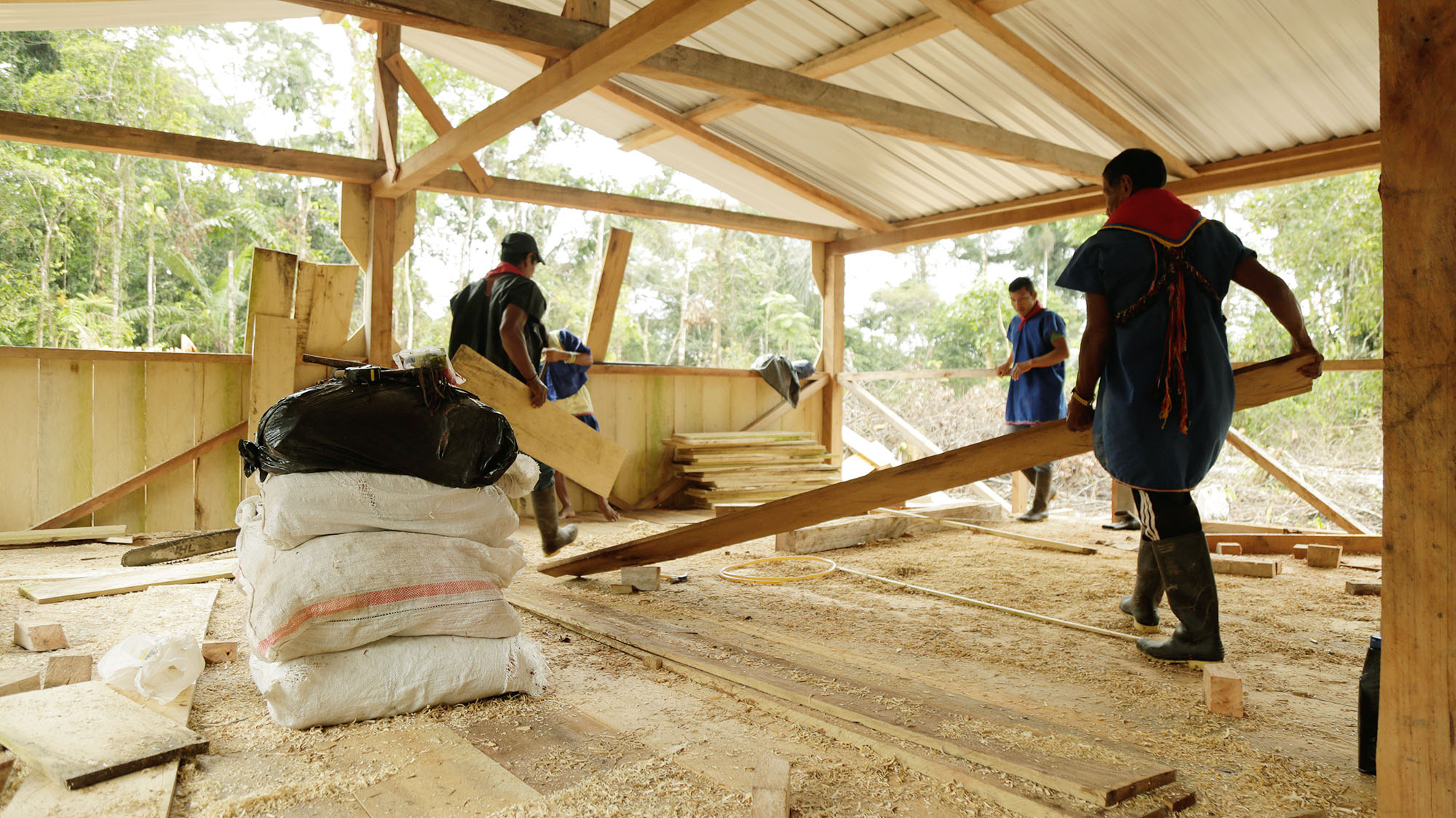 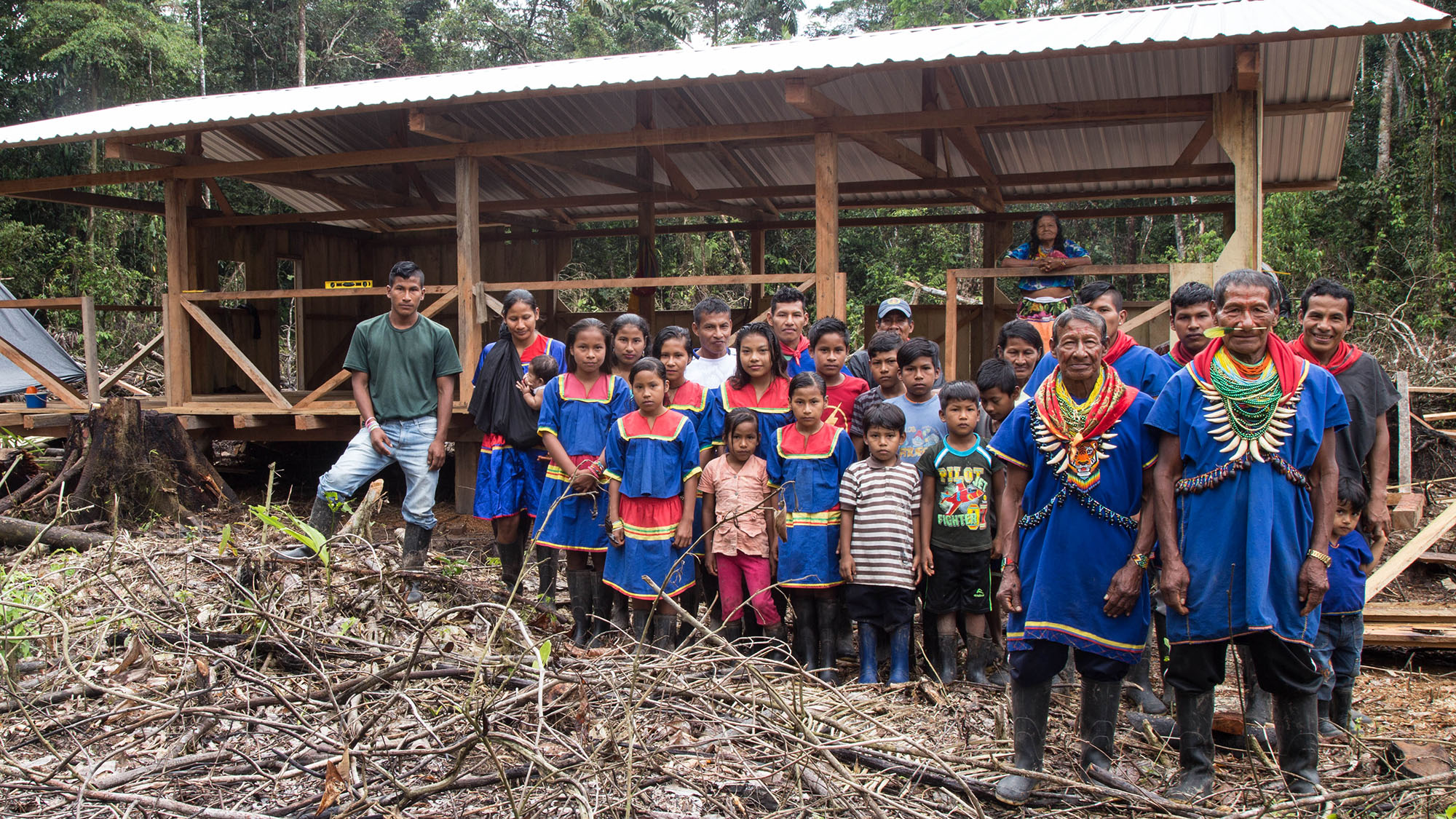 Over the past year, we have been promoting the recovery of ceremony by supporting the construction of ceremonial lodges and initial gatherings. Five Kofan and two Siona villages have newly constructed lodges designed with ample space to accommodate the growing desire and need to fortify this critically important aspect of indigenous society. 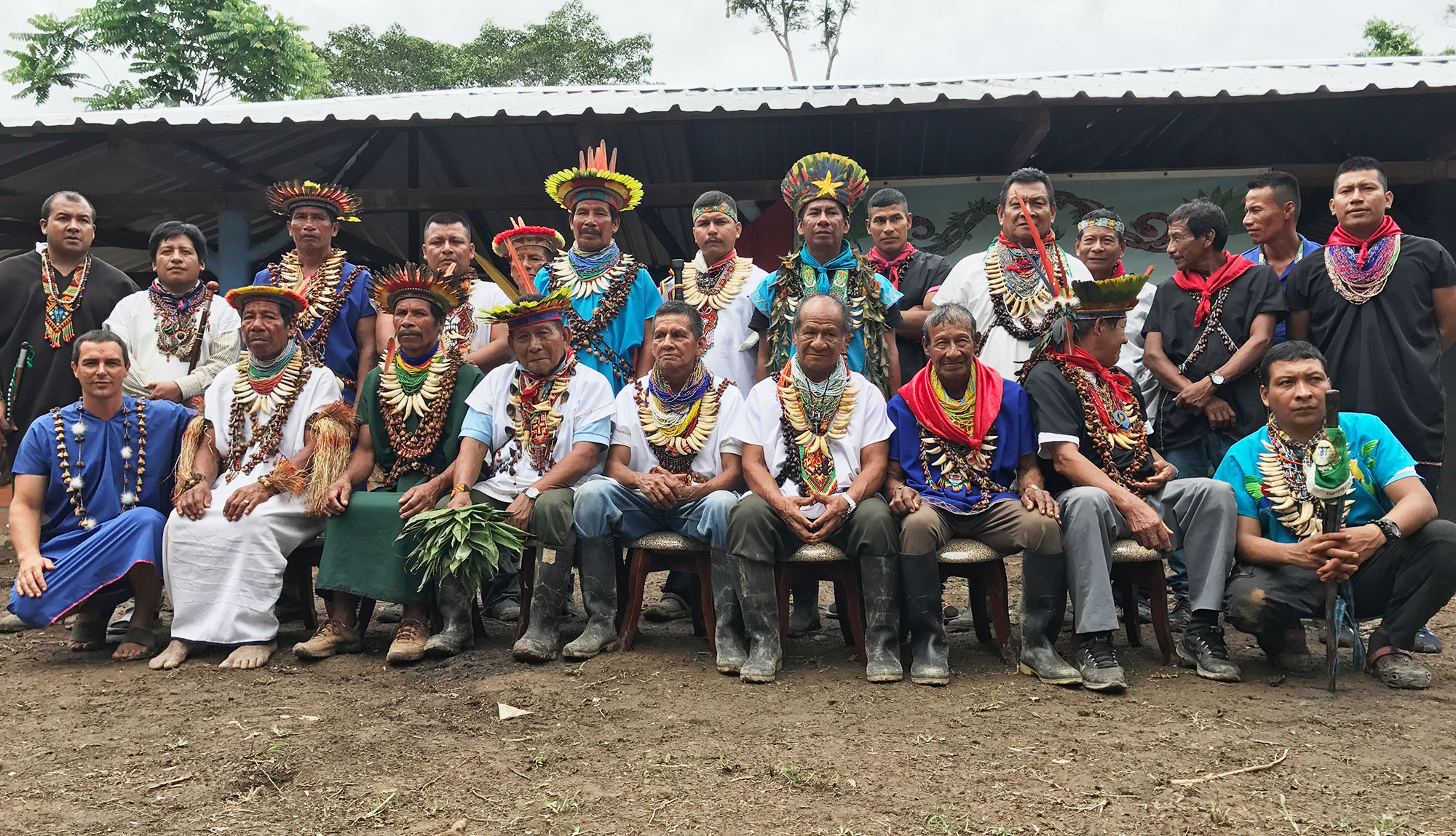 For the Siona village of Wisuya, ceremony has brought together elders, youth, men and women as a means to analyze their political, organizational and territorial situation, inspiring village members to reclaim and consolidate this region of their ancestral territory across the Ecuador-Colombia border. Here a lodge was recently completed with a capacity for over 200 people. Inside this structure, elders and youth from over a dozen distant Kofan and Siona communities recently convened to “expand and reconnect the roots of our distant and isolated village trees in defense of indigenous rights and cultural survival,” as Sandro Piaguaje, a Siona taita said. 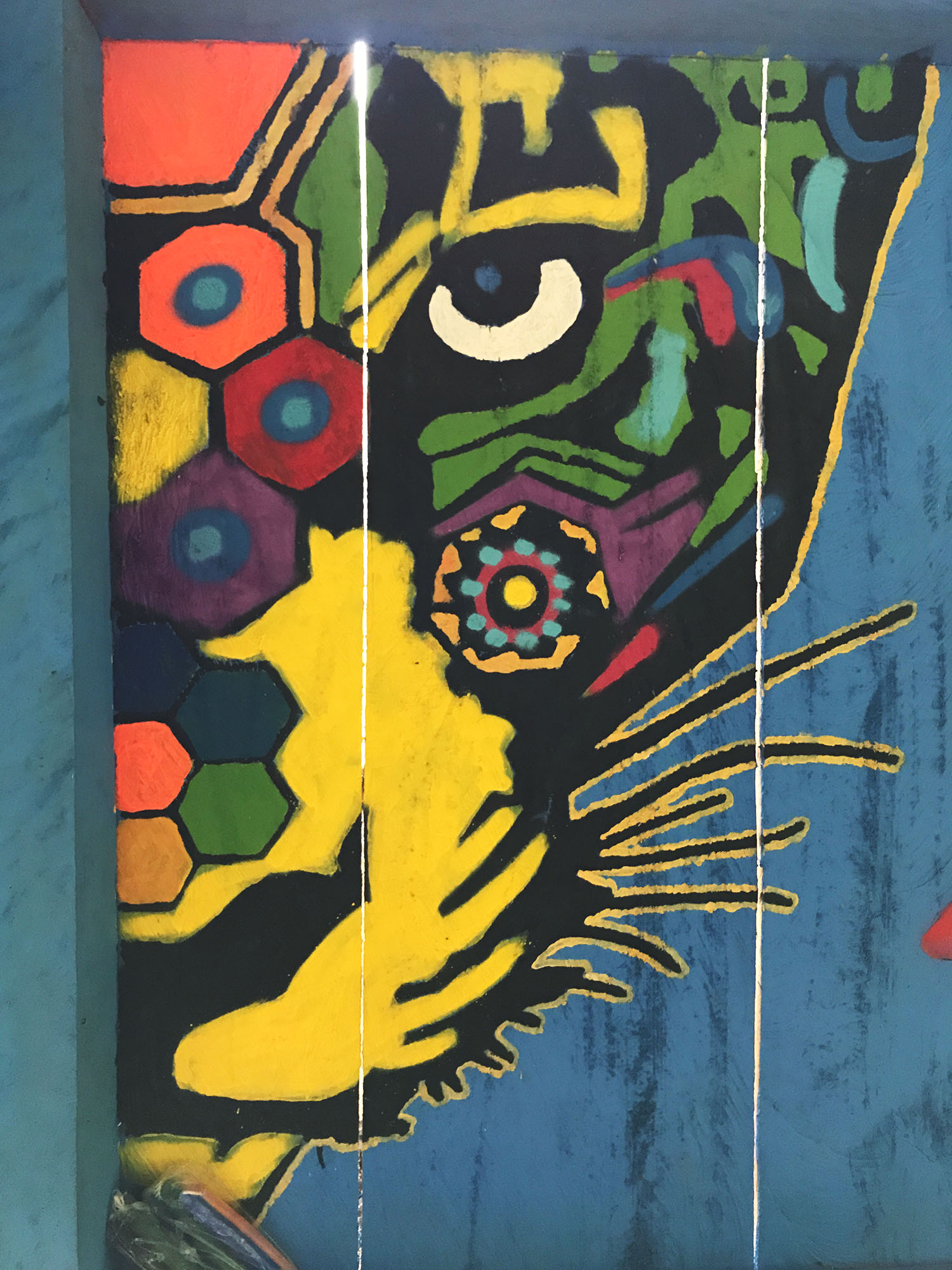 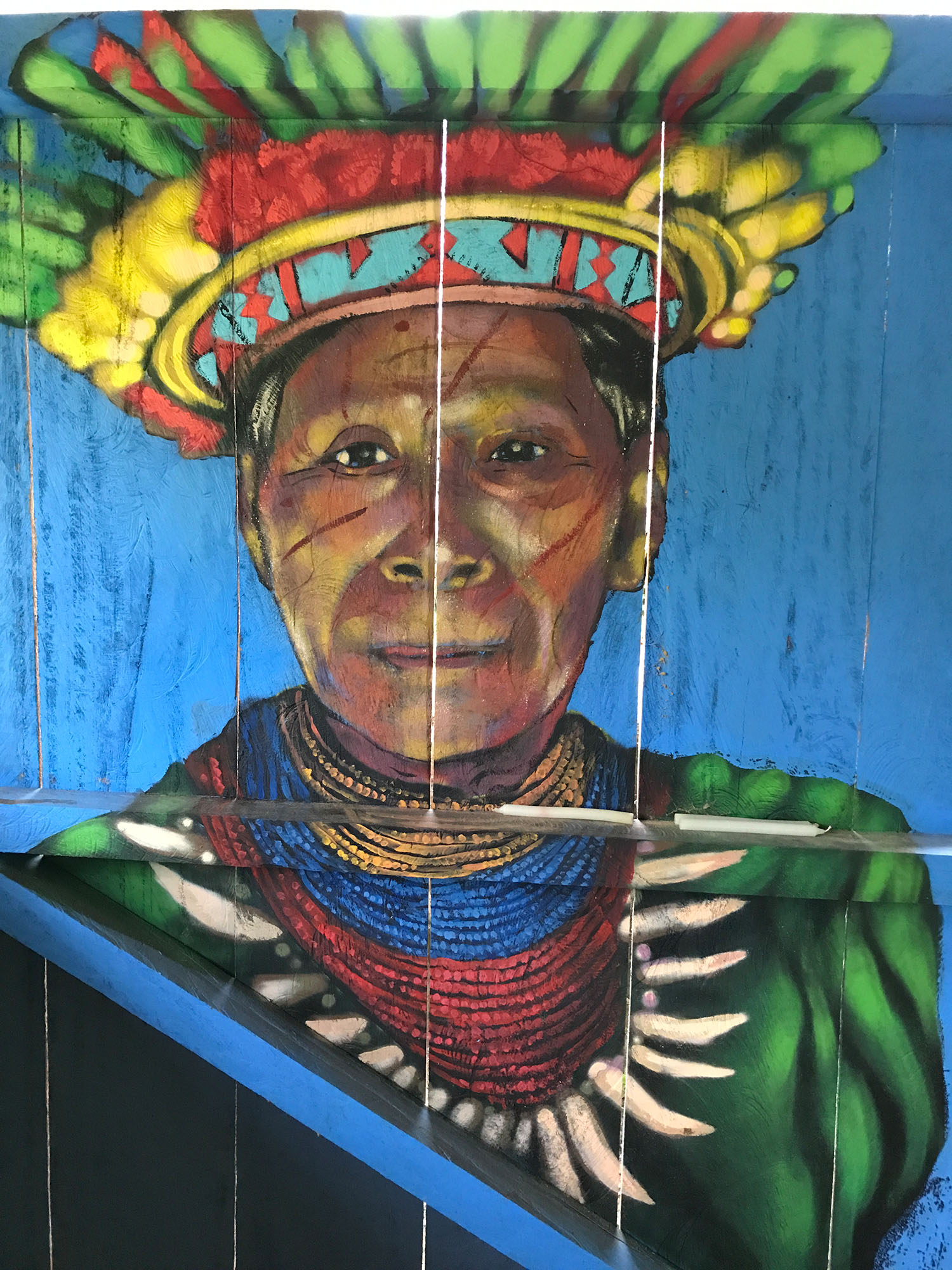 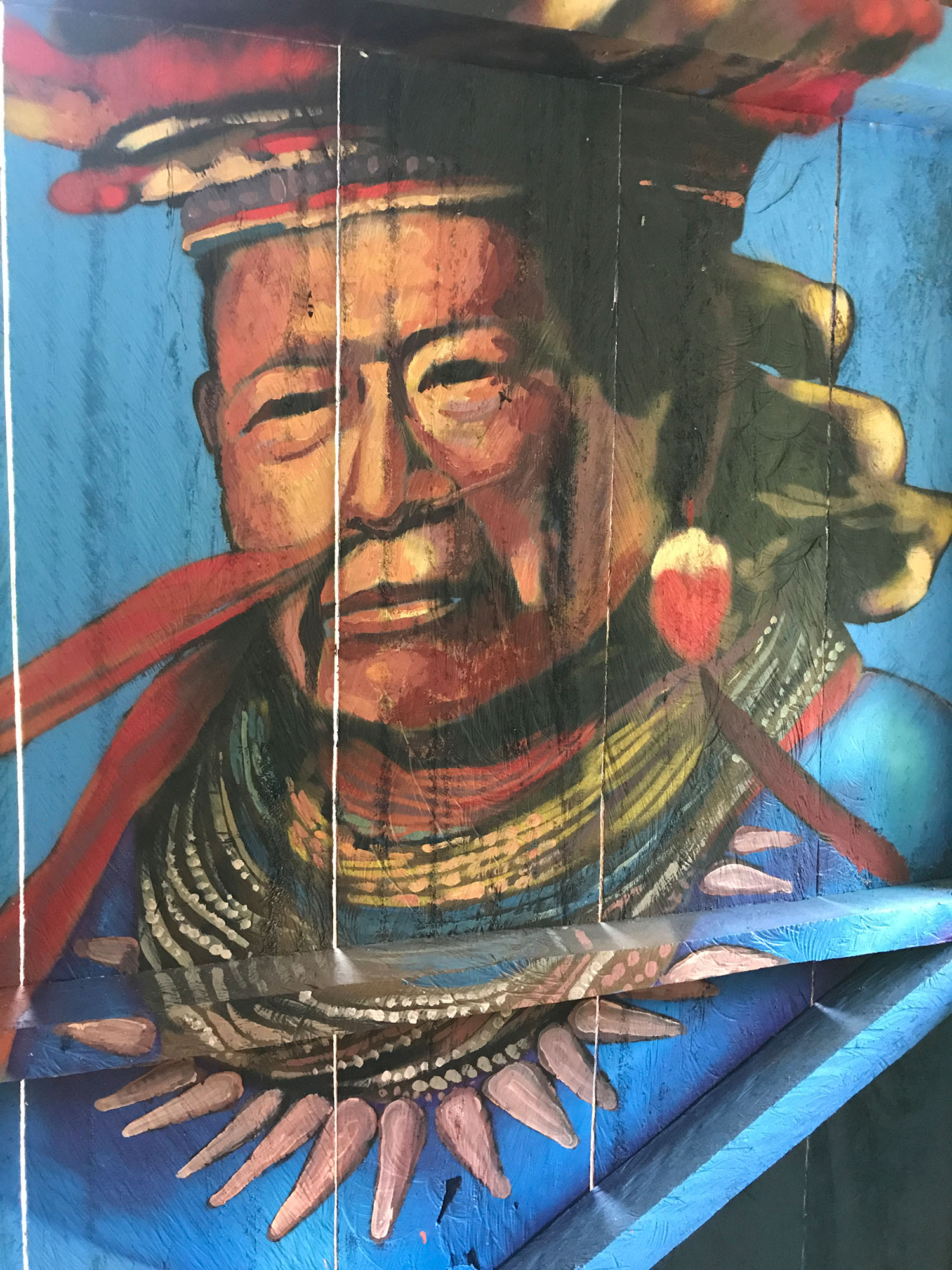 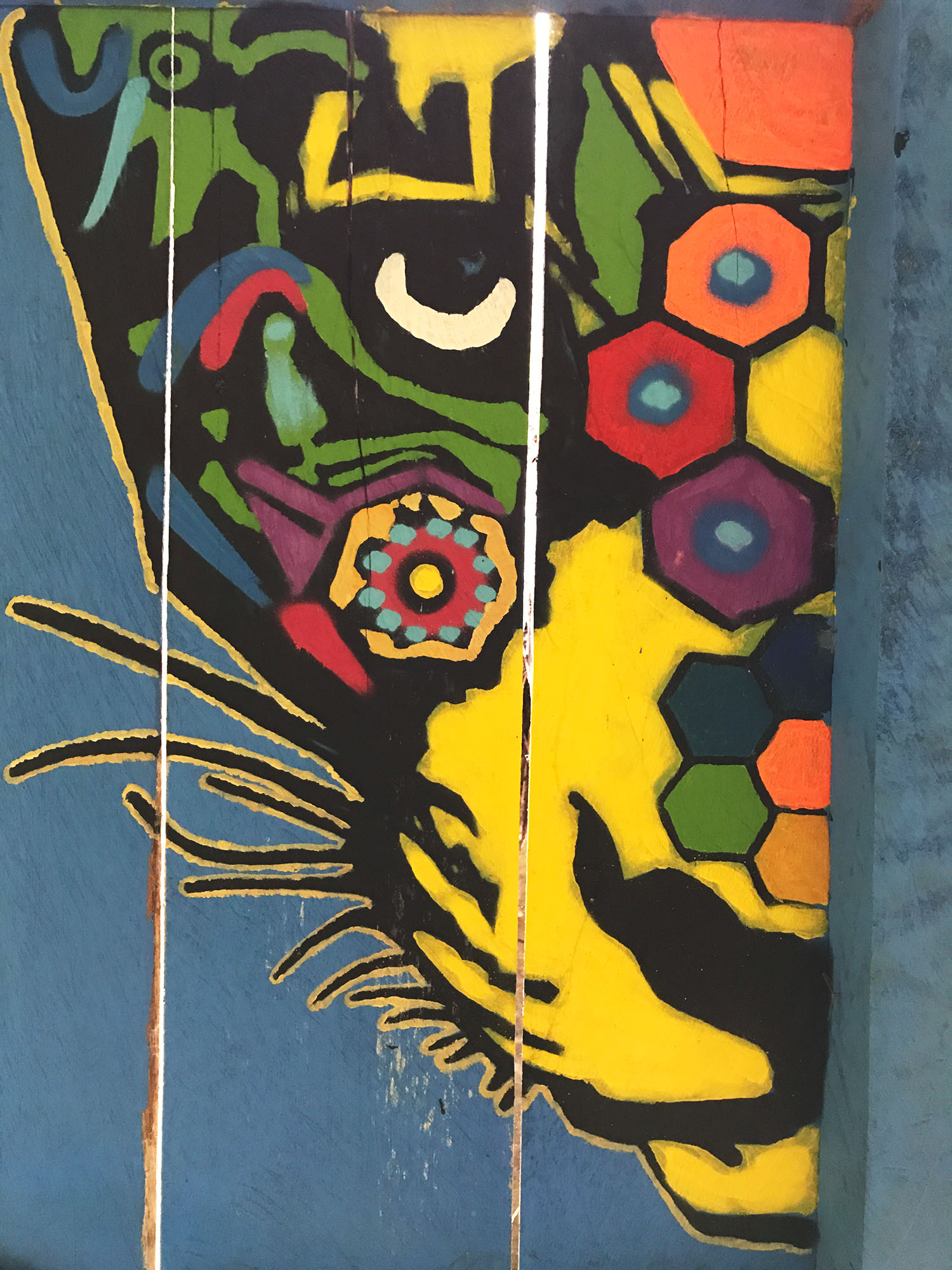 Similarly, the ceremonial spaces constructed by Kofan communities, adorned with elaborate artwork and murals of ancestor shamans, have hosted yagé ceremonies wherein distant relatives of Ecuador and Colombia have gathered to share song and healing prowess, inspiring a growing call to reclaim expanses of ancestral territory currently under state control and threatened by national interests such as mining and oil extraction. 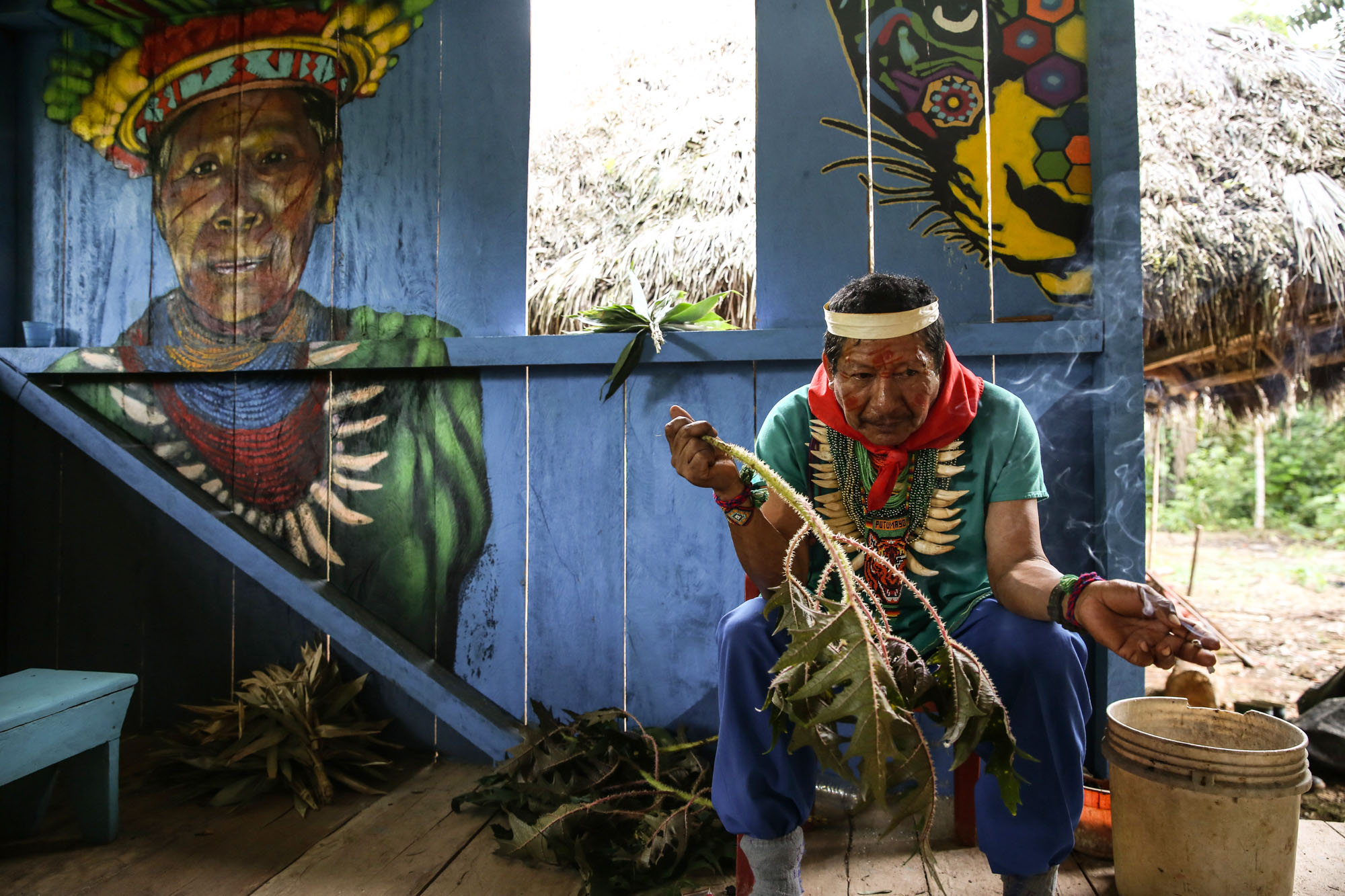 Culture & Conservation Lead Luke Weiss combines experiences from more than 20 years of forest life with the Siekopai people with a Masters degree from the Yale school of Forestry and Environmental Studies to coordinate the Cultural Recovery and Territorial Mapping programs. He and his family reside along the banks of the Aguarico River where he hunts, grows crops, and enjoys drinking yoco.