Lagarto Cocha, an area of flooded forest, shoreless lakes and vast sunsets, is the place of origin and ancestral home of the Secoya indigenous people. 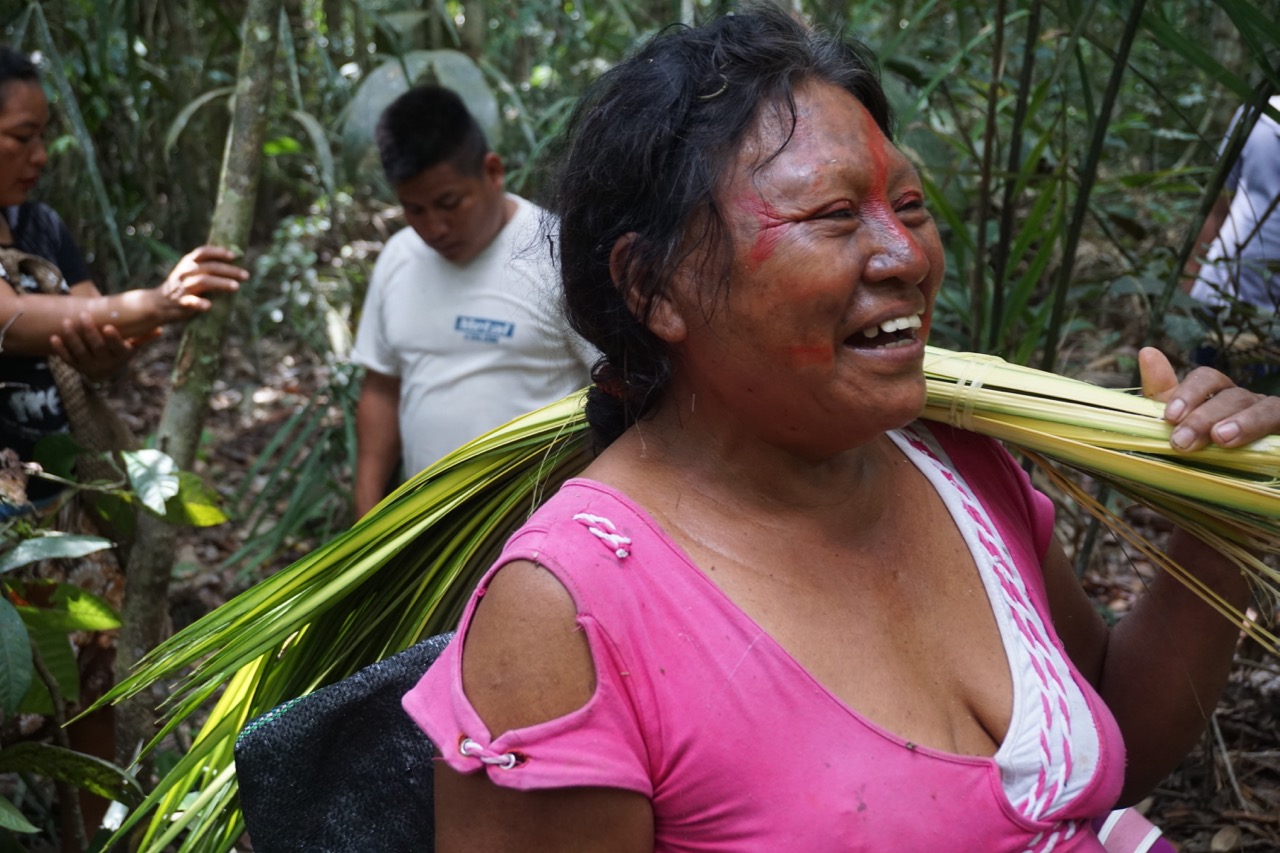 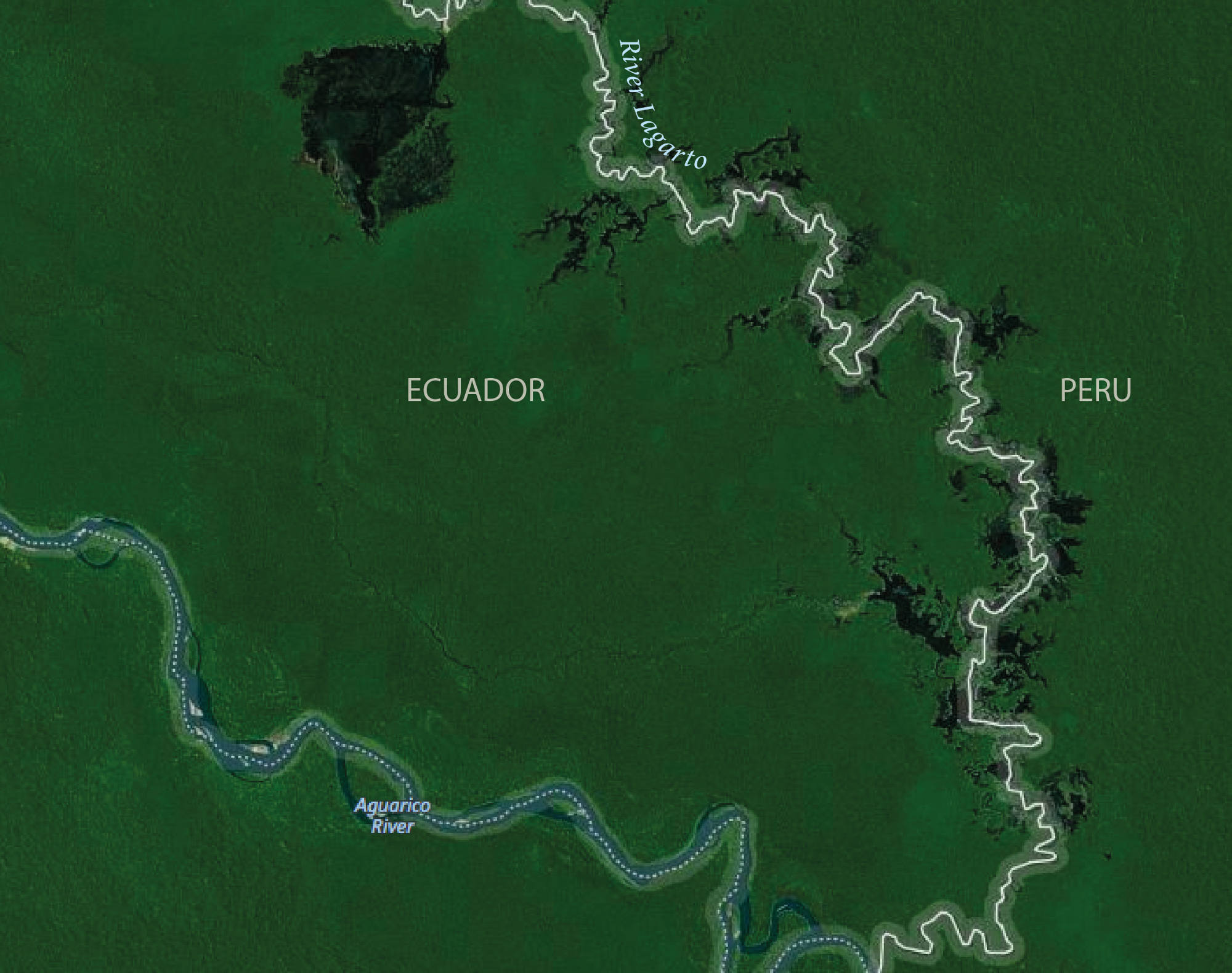 The river Lagarto also now marks the border between Ecuador and Peru. In the 1940s a war between these two countries resulted in the militarisation of the area, which lasted for decades. The Secoya had no choice but to move either upriver into Ecuador, or downriver further into Peru; families and lands were divided.

The mixed indigenous village of Playas de Cuyubeno, which lies on the way to Lagarto Cocha

Today there are 600 Secoya in Ecuador, and 900 in Peru. Over the last 50 years ongoing external pressures have resulted in the Ecuadorian Secoya being reduced to living in a small area of land on the Aguarico River, a day’s travel upriver from Lagarto Cocha. Their communities and farmlands are surrounded by palm-oil plantations, oil and gas operations, and communities of colonists and other indigenous people who have recently moved into the area. 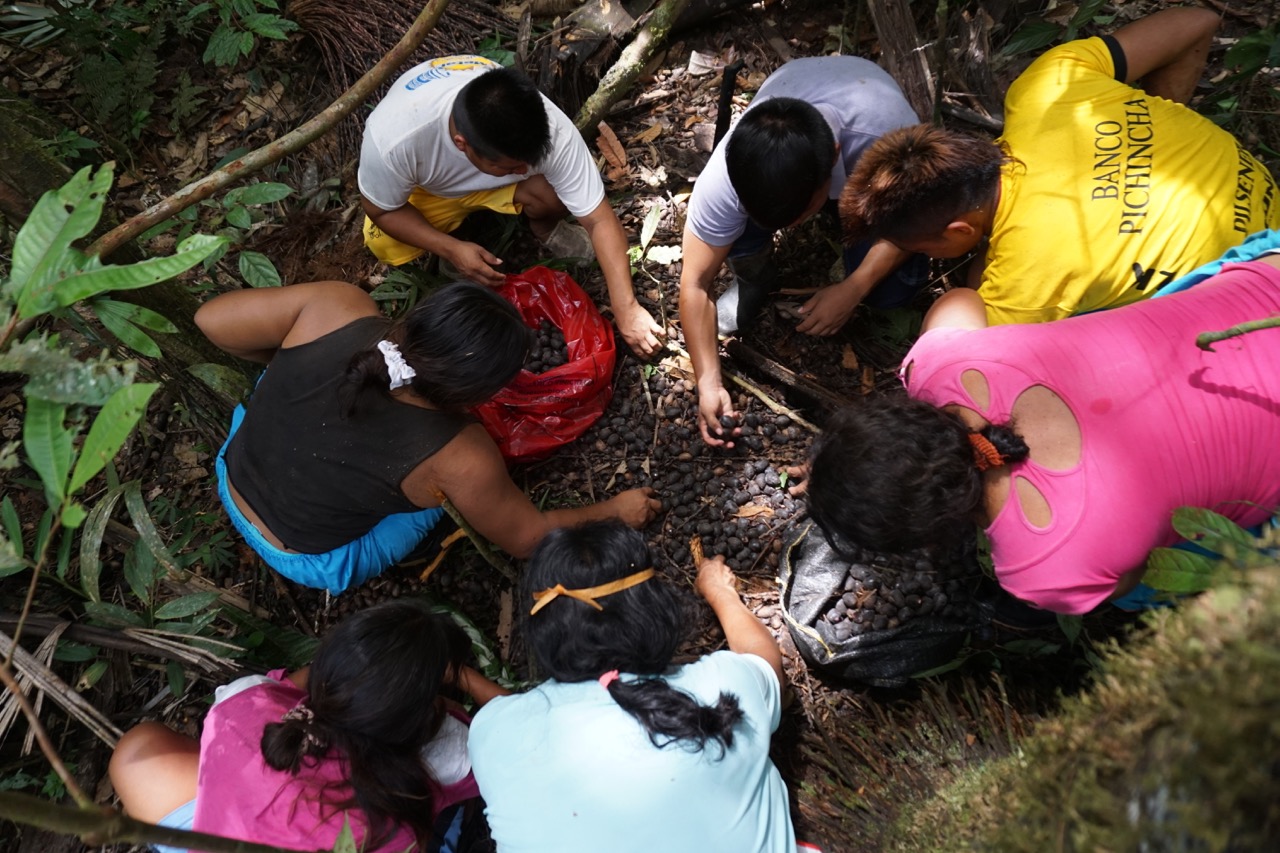 Collecting fruit of the Ungurahua palm

Lagarto Cocha itself now lies within conservation areas on both sides of the border: the Cuyubeno Wildlife Reserve in Ecuador and the Gueppi Sekime National Park in Peru. Relations between the two countries today are good and the authorities collaborate on park management issues, although there are still a number of military posts along the border.

Despite the passing of time and the distance from their current communities, the Secoya still consider the area their spiritual and ancestral heartland. They continue to visit Lagarto Cocha annually, as a way of reaffirming their identity and connection with their ancestors, and to collect various resources. The unique ecosystem of Lagarto Cocha means that there are many plants and animals found there that the Secoya can not find on the River Aguarico. The expanding agricultural and oil operations have also degraded and contaminated the land and waters around the Secoya villages reducing the quantity and quality of available resources.

Recently the Secoya have reestablished links with their relatives across the border in Peru, and they are beginning to document the places and histories associated with Lagarto Cocha, before the last of the elders who were born there die.

Eight young Secoya have been trained in mapping and filming techniques, and they have accompanied elders on trips there to learn about and document places of importance. Such places include locations of abandoned villages, paths used by their ancestors to cross between different river basins and areas where they collect important resources. 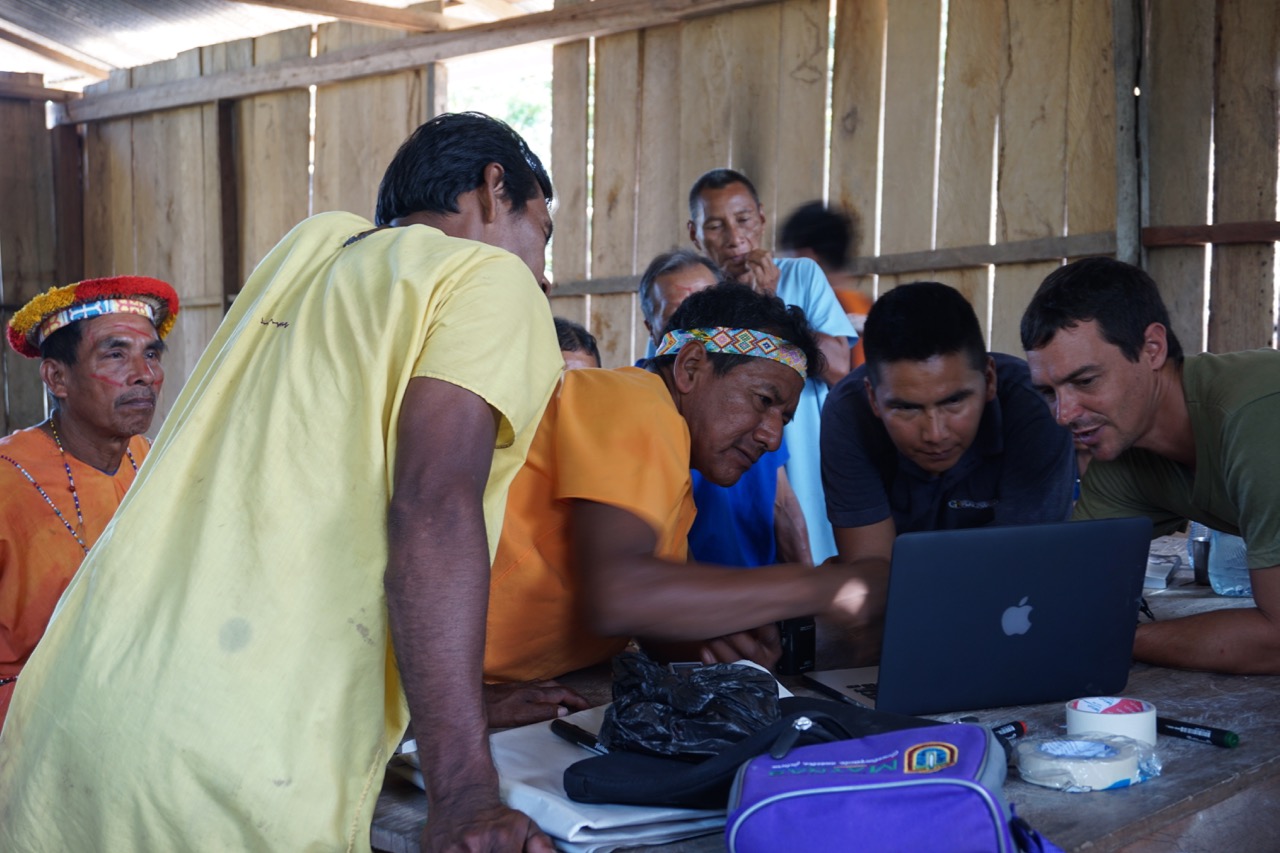 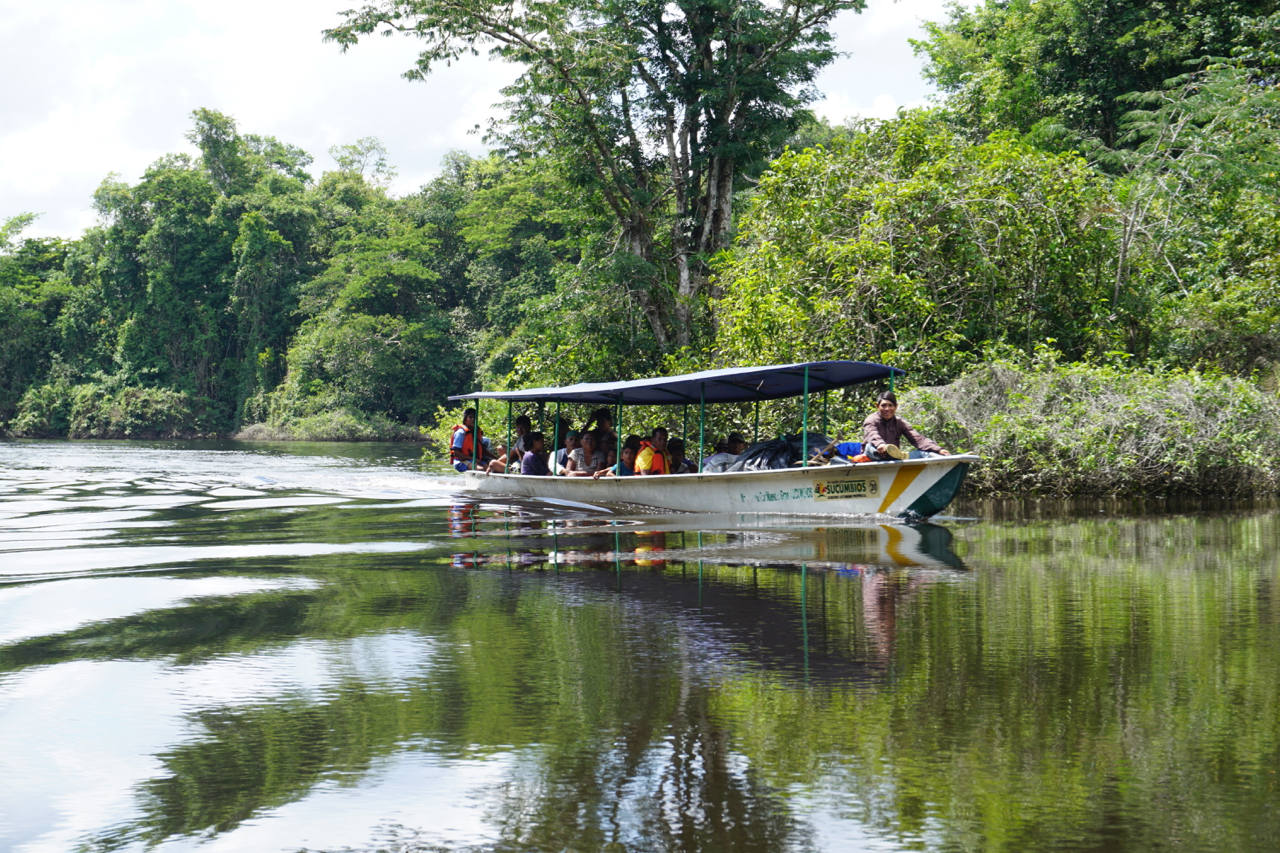 Video interviews are being carried out with elders, such as Don Cesario, one of the last surviving Secoya who was born in the area.
The sites of abandoned villages are visited and documented.
Young Secoya are re-establishing paths used by their ancestors connecting different river basins.
Films are being made showing some of the resources found in Lagarto Cocha and their significance to Secoya life. The bark of this tree is a crucial ingredient in making traditional Secoya ceramics.
GPS points are being taken and later transferred onto a map to show the extent and meaning behind the Secoya ancestral territory.

Culture & Conservation Lead Luke Weiss combines experiences from more than 20 years of forest life with the Siekopai people with a Masters degree from the Yale school of Forestry and Environmental Studies to coordinate the Cultural Recovery and Territorial Mapping programs. He and his family reside along the banks of the Aguarico River where he hunts, grows crops, and enjoys drinking yoco.