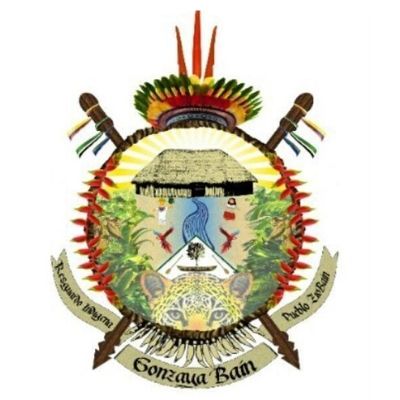 The Siona people of the Buenavista Reserve warn the multinational company GeoPark, possible buyer of Amerisur Resources, that we will not allow extractive operations in our territory and by acquiring Amerisur it also acquires its liabilities for human and indigenous rights violations against our people and our territory

In light of recent publications in the press revealing the bet by multinational oil and gas company GeoPark to position itself as a leader of hydrocarbon operations in Colombia, specifically the investment of $311 million towards the purchase of the British company Amerisur Resources in order to increase the production of crude oil barrels in the oil blocks within the Putumayo River watershed, we WARN GeoPark and the world, that the business acquisition includes the obligations and liabilities for serious violations of human rights, socio-environmental damages and other impacts pending restitution for the Siona people that were caused by Amerisur.

It bears repeating that Amerisur stands in opposition within a judicial process to restore territorial rights to the Buenavista Reserve within the framework transitional justices to redress victims of the armed conflict that continues in Colombia. The manner in which Amerisur has tried to take our natural resources through illegal and rigged action, systematically lying to our community and using trickery in attempts to validate a prior consultation process over oil block PUT-12 that ended WITHOUT AGREEMENT, has also been extensively documented.

Additionally, by virtue of a court-ordered injunction in 2018 within the land restitution process, 56,529 hectares of our ancestral and reserved territory are currently protected with an express prohibition against any exploration or exploitation of natural resources. Since 2009, the Siona people have been recognized by the Constitutional Court, the highest court of Colombia, as being in imminent risk of physical and cultural extinction for the direct actions of the armed-conflict, but also for undue pressures coming from what are considered underlying factors of the armed-conflict, such as the interests of extractive projects over indigenous territories.

The situation of urgency, along with the disrespect of the autonomy and self-determination of the Siona People of Buenavista Reserve, motivated the Interamerican Commission on Human Rights, in its decision MC-395-18, to grant precautionary protection measures that obligate the Colombian State to agree to culturally adequate protection road-maps that safeguard the life, liberty and integrity of our indigenous leaders, our communities, and our territory.

We insist that, in virtue of our right to indigenous law, backed by our Origen Law and ratified in our Resolutions 001, 002, 003 and 004 from 2016-2017 by our own traditional and political authorities, the Siona People of the Buenavista Reserve resoundingly reject any and all activities related to the exploration or exploitation of oil within our ancestral and guarded territories.

The expansion of extractive operations in the Department of Putumayo, with all of its implications and actors, has caused serious violations to our human and indigenous rights and remains a grave threat to the physical and cultural survival of our people. By not halting its intervention in our territory, Amerisur or GeoPark can be responsible for multiple new violations as the live and survival of the Siona People of Buenavista Reserve depends on the conservation and protection of our territory. We warn GeoPark that in buying all of Amerisur’s business interests you are also acquiring all of its obligations and liabilities for violations of human rights caused by Amerisur and the increased risk of extinction faced by our people. As the same time, we REPEAT our determination to maintain our territory free of extractive activities due to the grave risks due to the emission of toxic wastes, the impacts on our spiritual practices, and the community conflicts generated since the commencement of operations by Amerisur, including the exacerbation of conflicts generated by the presence of armed-actors, regular or irregular, in our territory.

We resist, we fight, we remain firm in the defense of our lives, our millenary territory, and the preservation of the ancestral wisdom of the Siona people.

We are a great people in heart and mind.