The story of the Kofan and the ClearWater project

In the Kofan language A’ingae, Amisacho refers to a place where a certain kind of reed grows: so sharp that they would use it to sever the umbilical cord after a birth. With the arrival of Texaco in the early 1960s the area became known as Lago Agrio— named for Sour Lake, Texas, Texaco’s hometown— and the Kofan’s way of life changed forever. Emergildo Criollo recalls the first time a helicopter flew over the territory: “Everyone ran and hid under the trees. We thought it was a giant bird.” 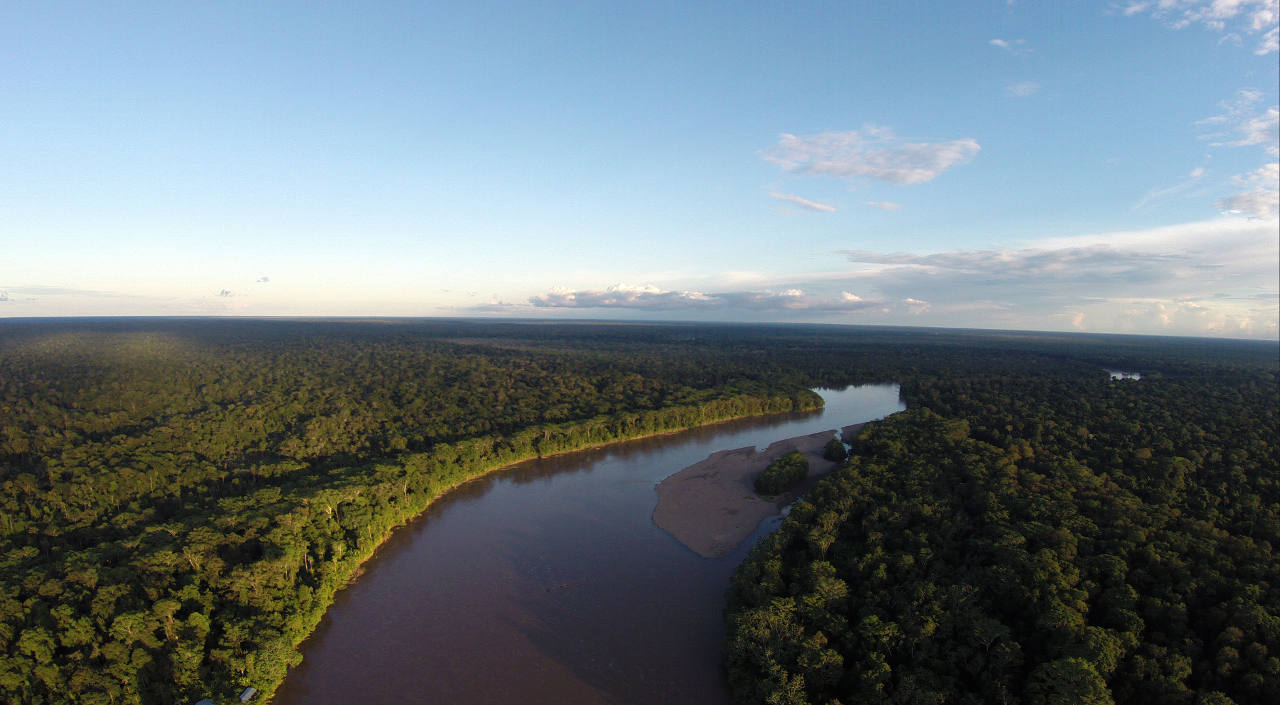 The ensuing decades saw roads built and oil wells dug, missionaries converted many Kofan to Christianity and forced them to speak Spanish and abandon their traditional dress and spiritual practices. The crystalline waters of the Aguarico River, the lifeblood of the Kofan’s territory, and its tributaries became black with oil spills. Many Kofan became sick with new diseases their traditional healers couldn’t reverse. The area previously associated with birth was now a place of sickness and death. 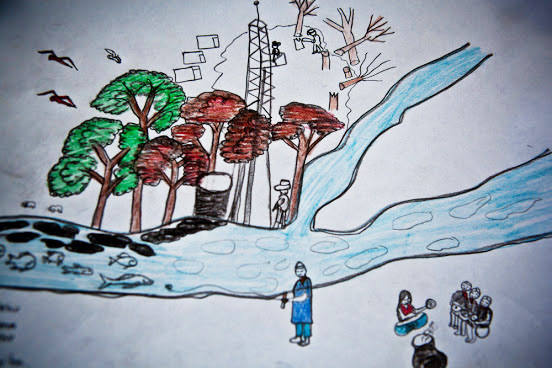 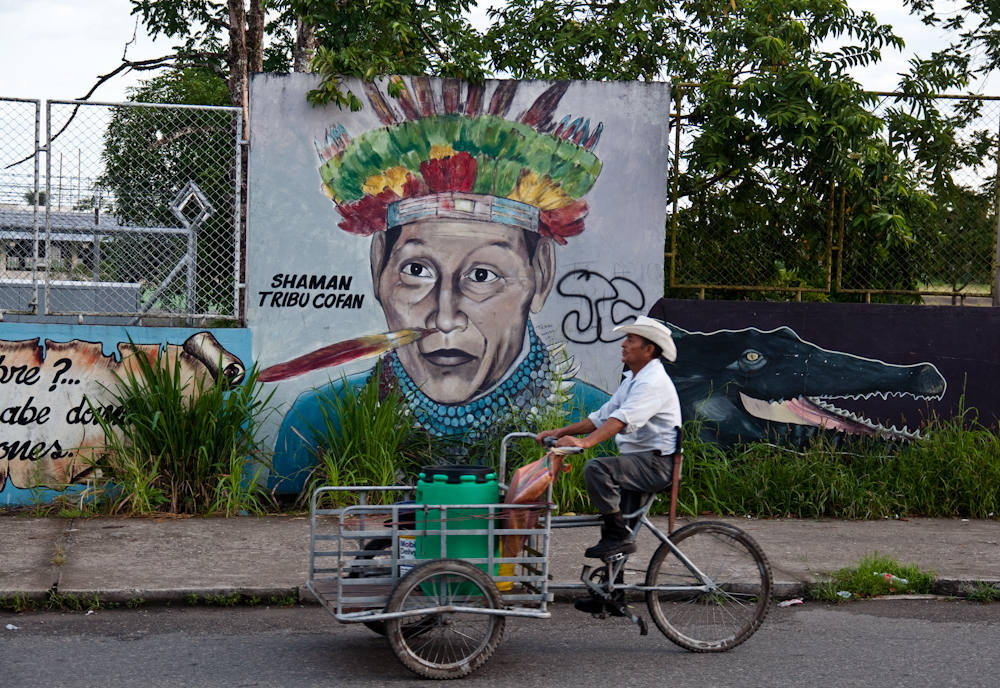 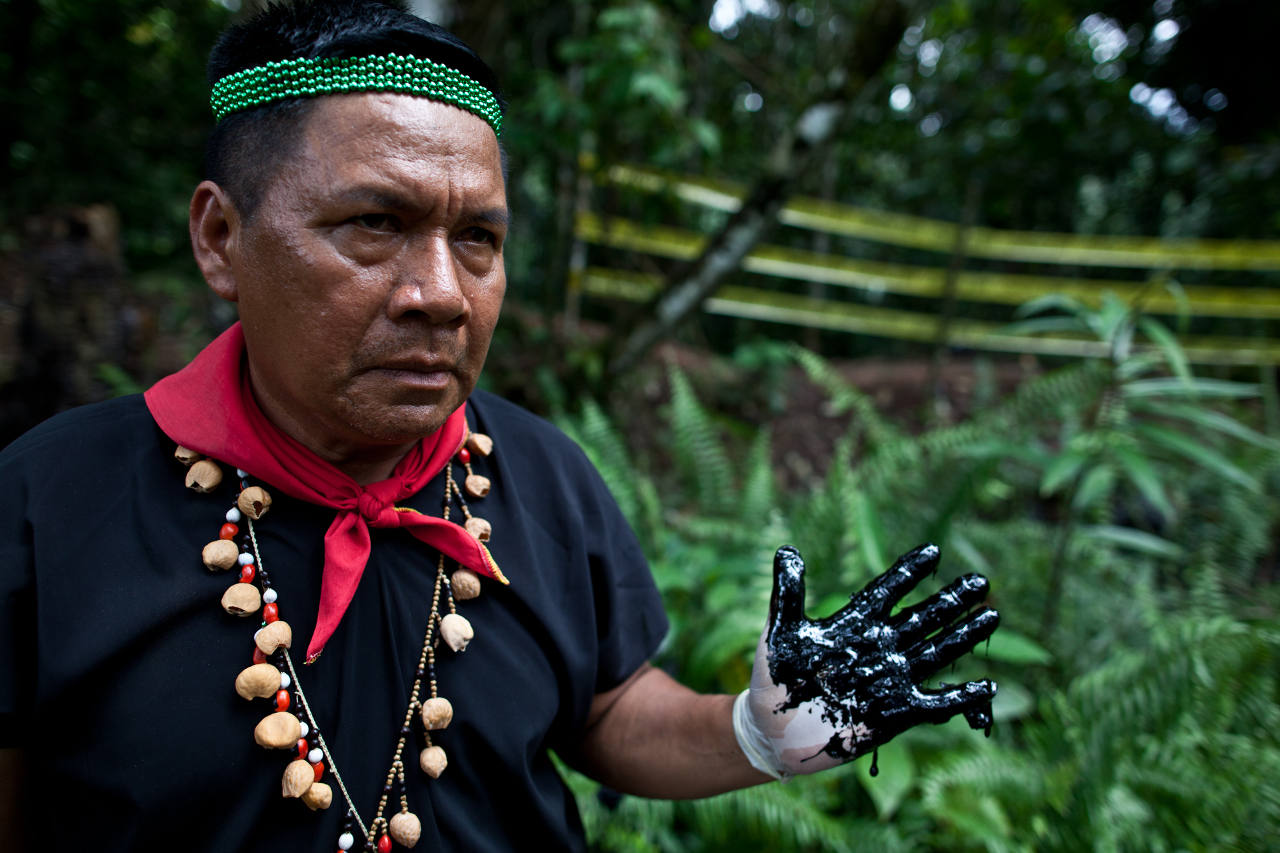 Now the Kofan’s greatly reduced territory sits downriver from the booming oil town of Lago Agrio and is surrounded by oil felds. Some oil wells are located within their territory, right next to several communities. For the Kofan people, involved in a two decade lawsuit against the company responsible for a great deal of the sickness devastating the nationality, access to clean water within their territory was of paramount concern. 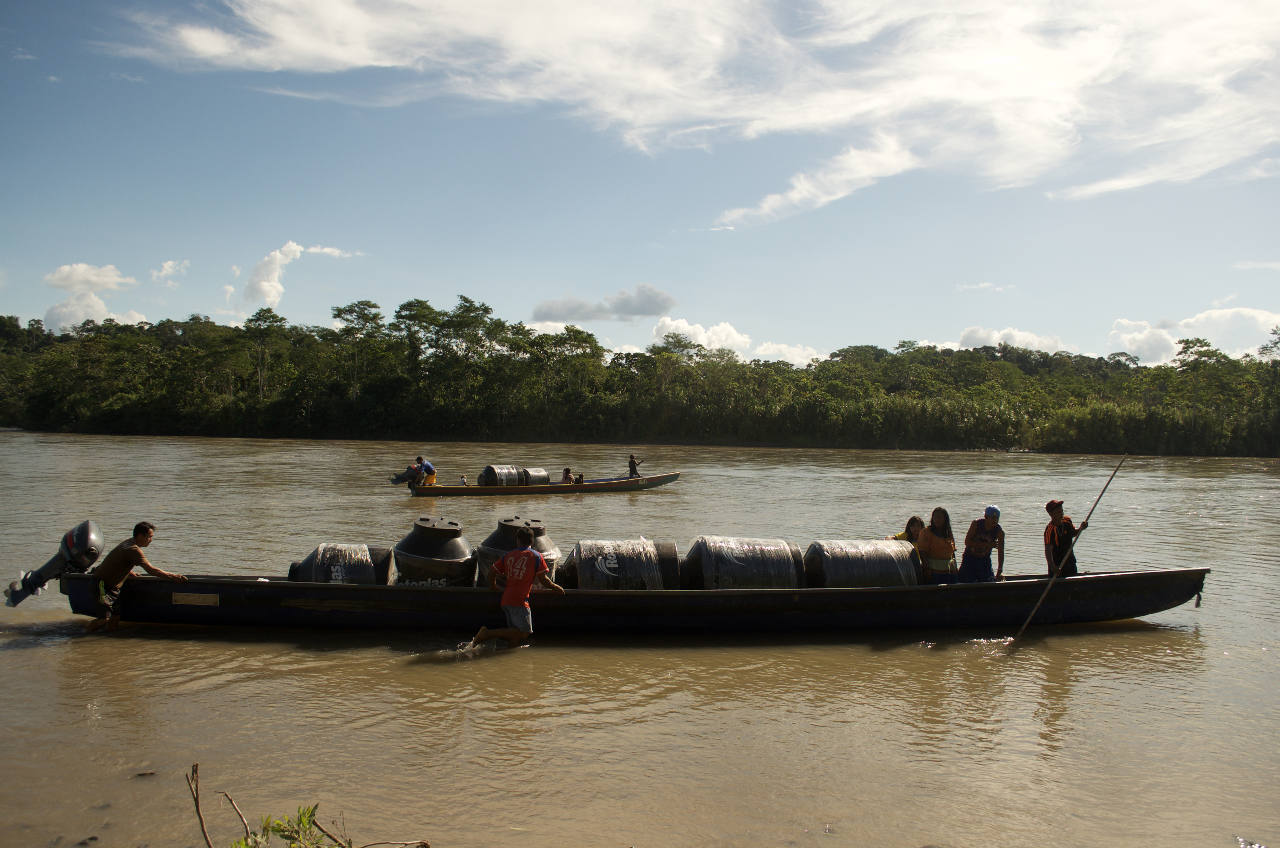 Greater global awareness to the public health crisis in the territory led support from several foundations and the opportunity for Kofan leader Emergildo Criollo to partner with a small international team to begin a pilot project to provide the materials and train local community technicians to install family-sized rainwater catchment systems in the Kofan community of Dureno in November of 2012. 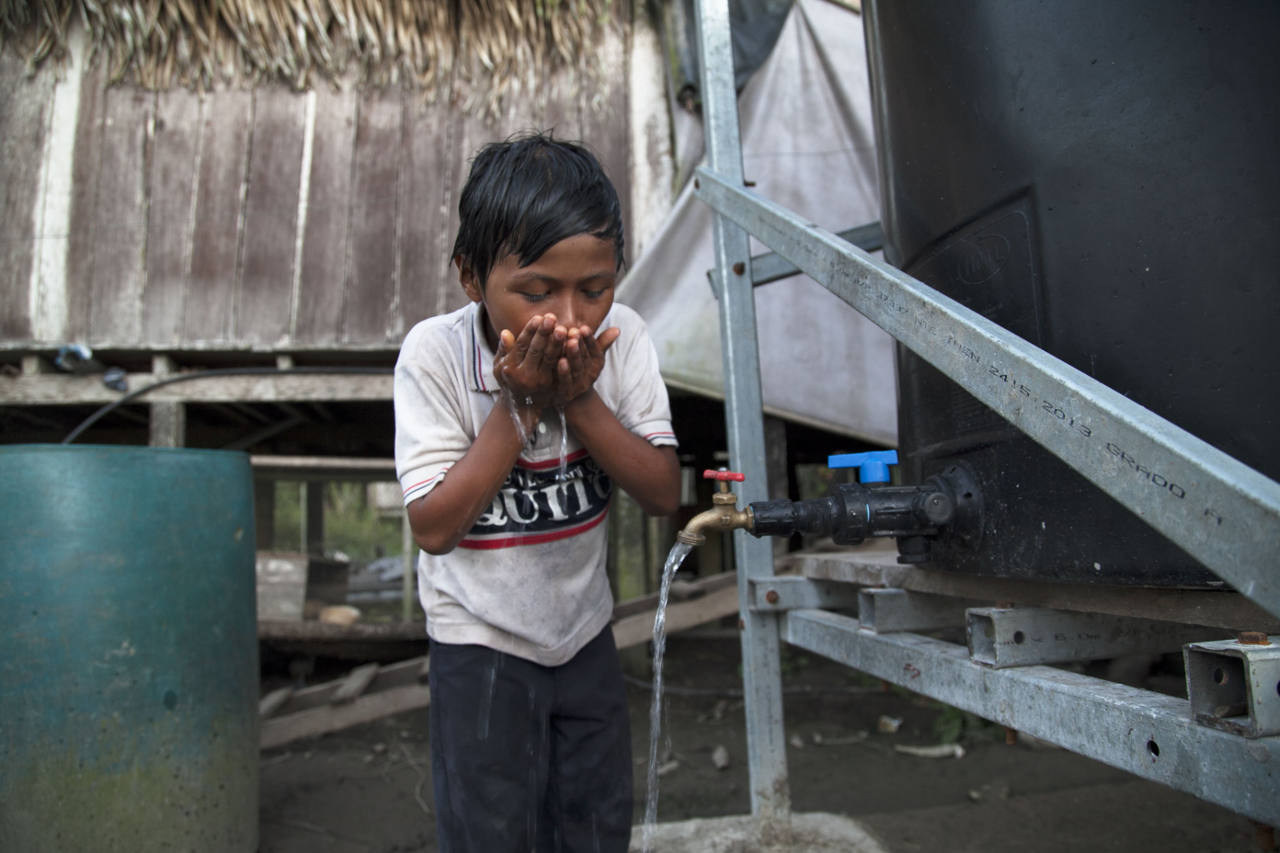 The Kofan, the first nationality to be impacted by the oil industry in Ecuador, spearheaded the project that has since grown to provide clean, safe drinking water to more than eleven Kofan communities, and more than fifty communities across four indigenous nationalities in the region. The project gave rise to the organization Ceibo Alliance and a movement for cultural survival in the northern Ecuadorian Amazon. The Kofan stand firm in their rainforest home. Despite the harm that’s been inflicted upon them by industrial society, they say: We are still here. 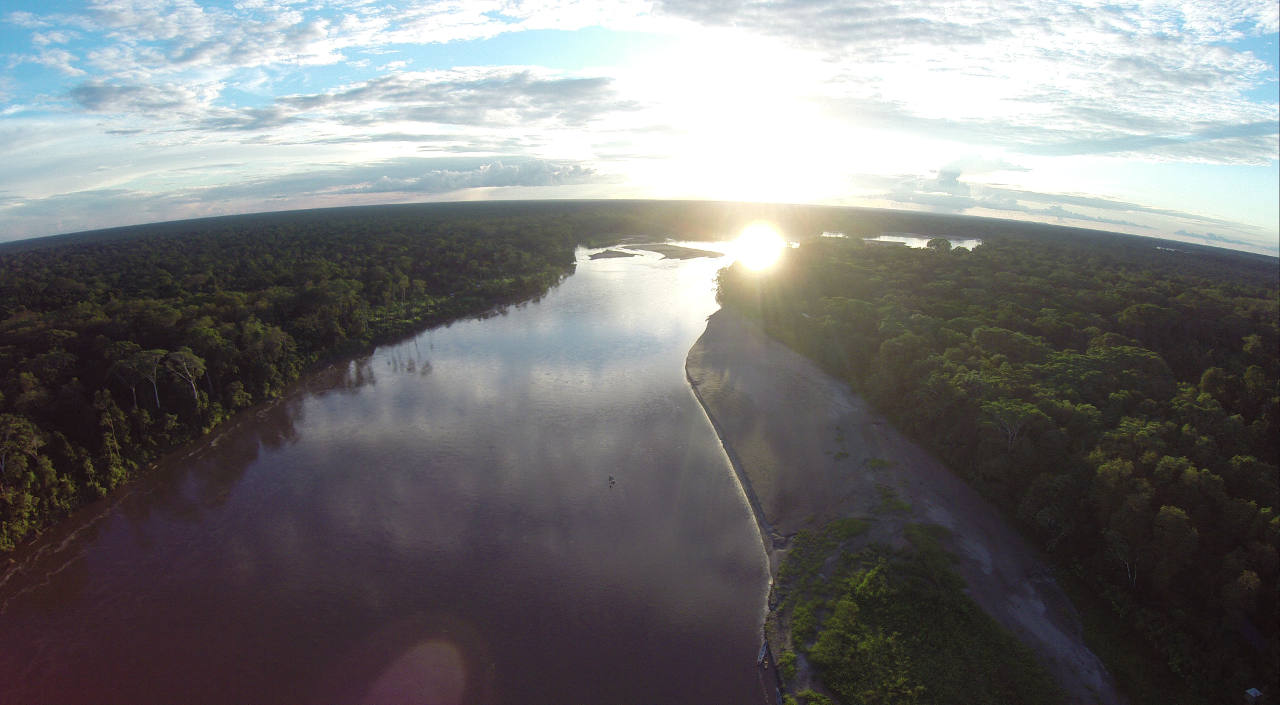