The Secoya and the ClearWater project

The ancestral territory of the Secoya nationality once extended between the Putumayo and Napo Rivers, in modern day Ecuador and Colombia, and all the way into modern day Peru. 500 years of colonization and resource extraction greatly reduced and splintered the territory. Today, the Secoya in Ecuador occupy a small slice of land down the Aguarico River from the oil towns and oil fields of Lago Agrio and Shushufindi, while the Secoya of Peru inhabit a slightly larger and more remote territory further down the Aguarico.

Their territory is surrounded by active oil fields, waste pits, spreading colonization and deforestation, and large -scale African palm plantations. The pressure on the rainforest territory and its inhabitants is immense. As a result of the surrounding industrial activity over the last 60 years, the Secoya people have struggled to access clean drinking water—once a surplus in their rich and biodiverse rainforest territory. Even today, upriver pipeline ruptures spill crude oil into the Aguarico River that runs through Secoya territory all the way into Peru, while pesticides and herbicides leech into the soil, rivers, and streams from the palm plantations. 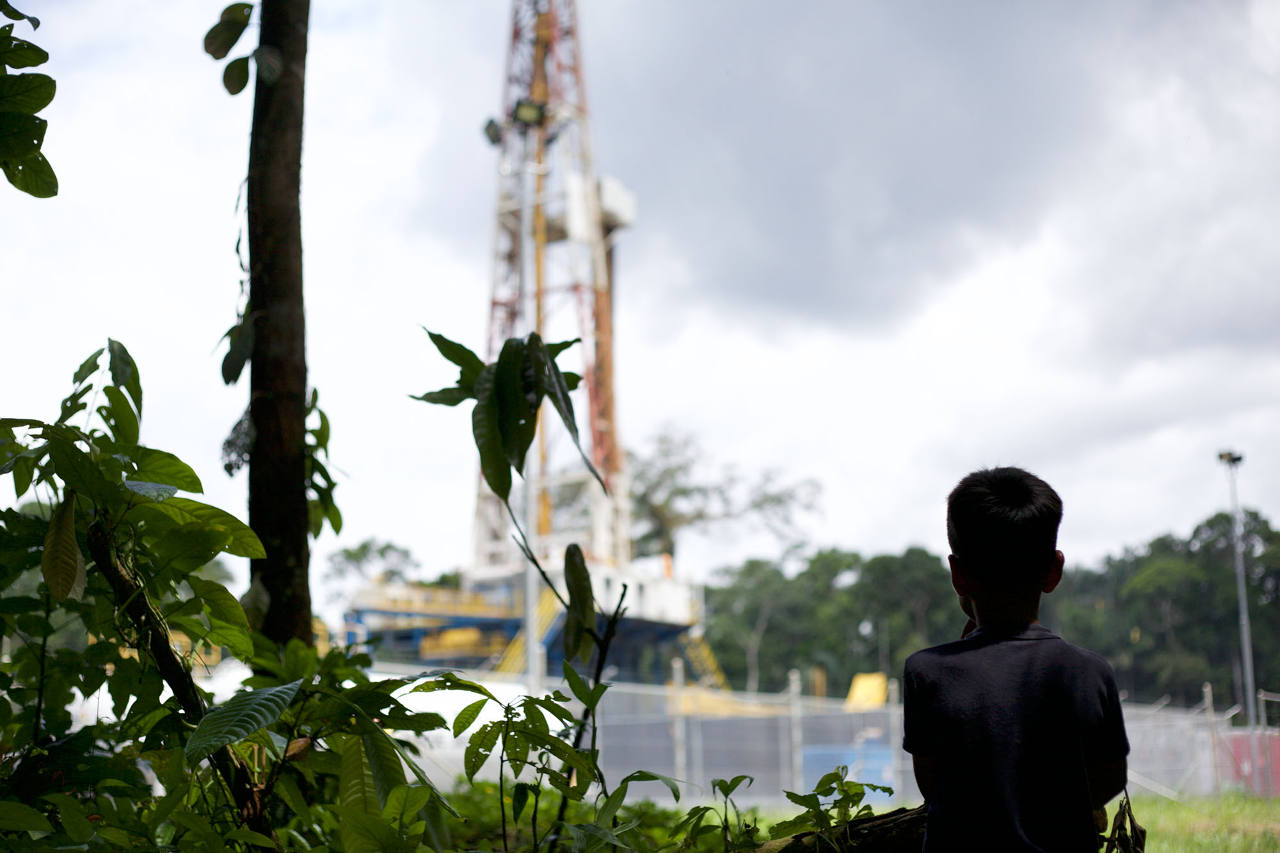 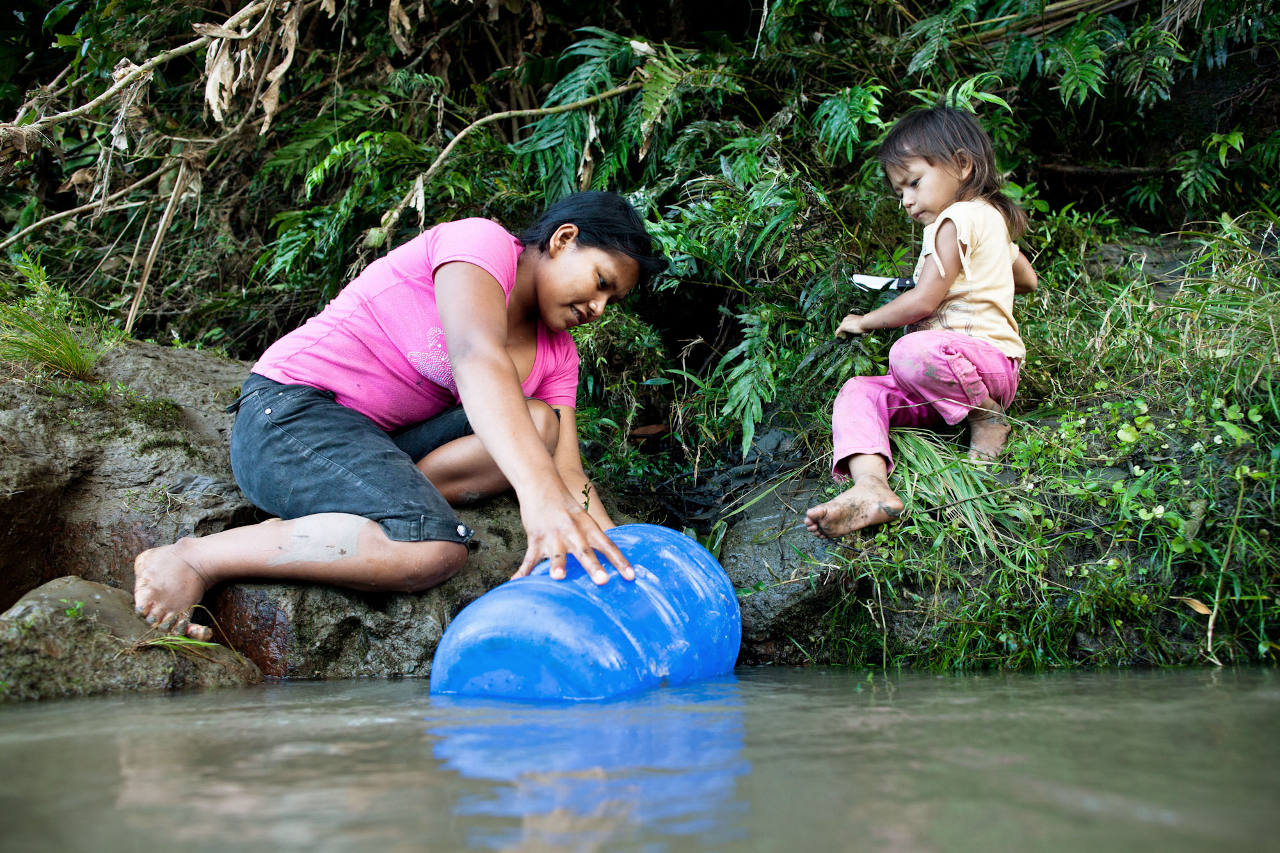 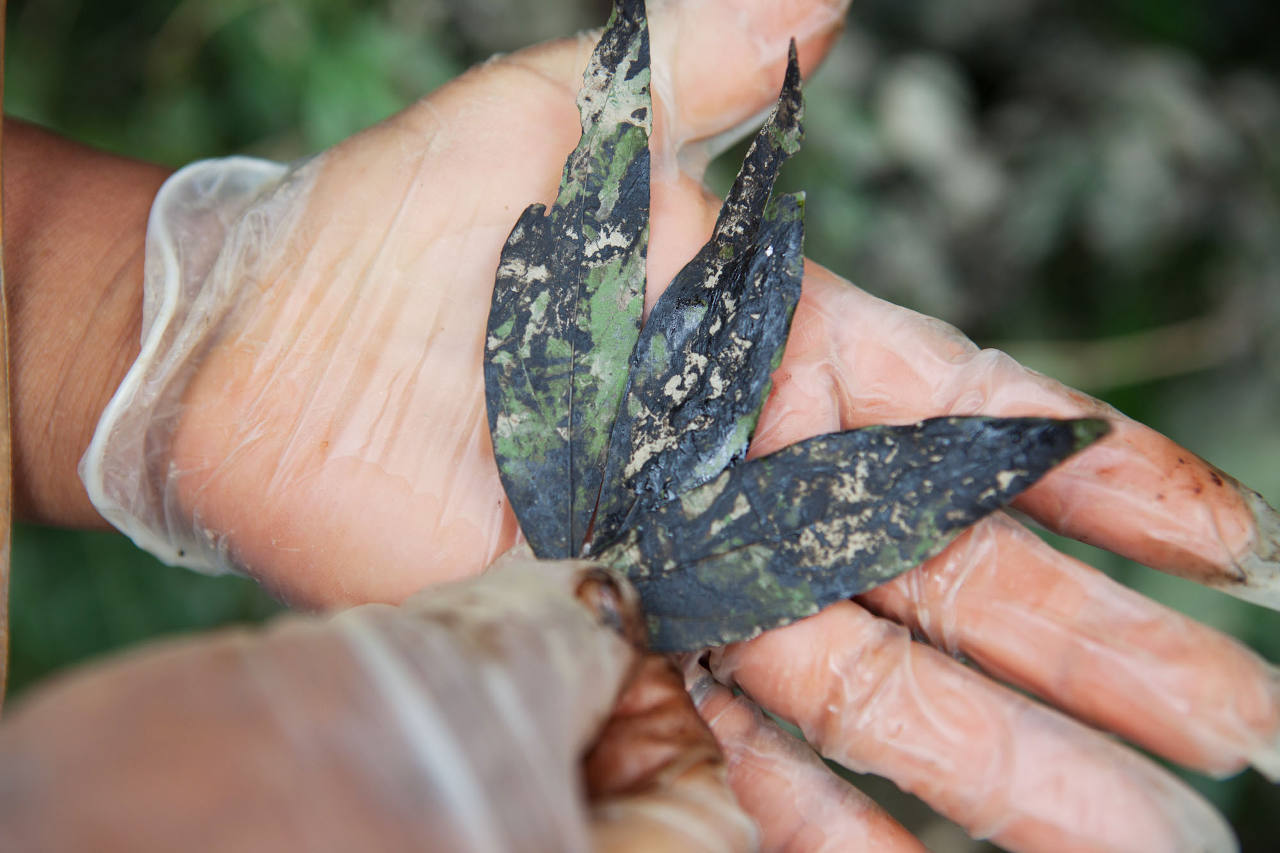 Top: a boy looks out at an oil platform in Secoya territory; bottom left: a leaf stained by crude that spilled into the Aguarico River in July, 2013; bottom right: a mother collects water from a spring reachable by canoe

Many Secoya became actively involved in a lawsuit against Chevron-Texaco for the environmental and human toll caused by the company’s dumping of toxic waste into nearby rivers and streams. Their involvement in this lawsuit made them natural protagonists, alongside the neighboring indigenous nationalities of the region, in the movement for clean water that began taking shape in 2011. Secoya technicians first installed rainwater catchment systems in the communities of San Pablo and Bellavista in April and May of 2012, and to date have installed 169 rainwater catchment systems in 5 communities.

Access to life’s most basic necessity has allowed the Secoya to face other issues affecting their territory and clean water, through territorial mapping and land titling, legal rights training, cultural recuperation and women’s empowerment initiatives. Their remaining territory may be small, but the Secoya are firmly rooted in their rainforest where they will continue to fight for health, culture and their ancestral land 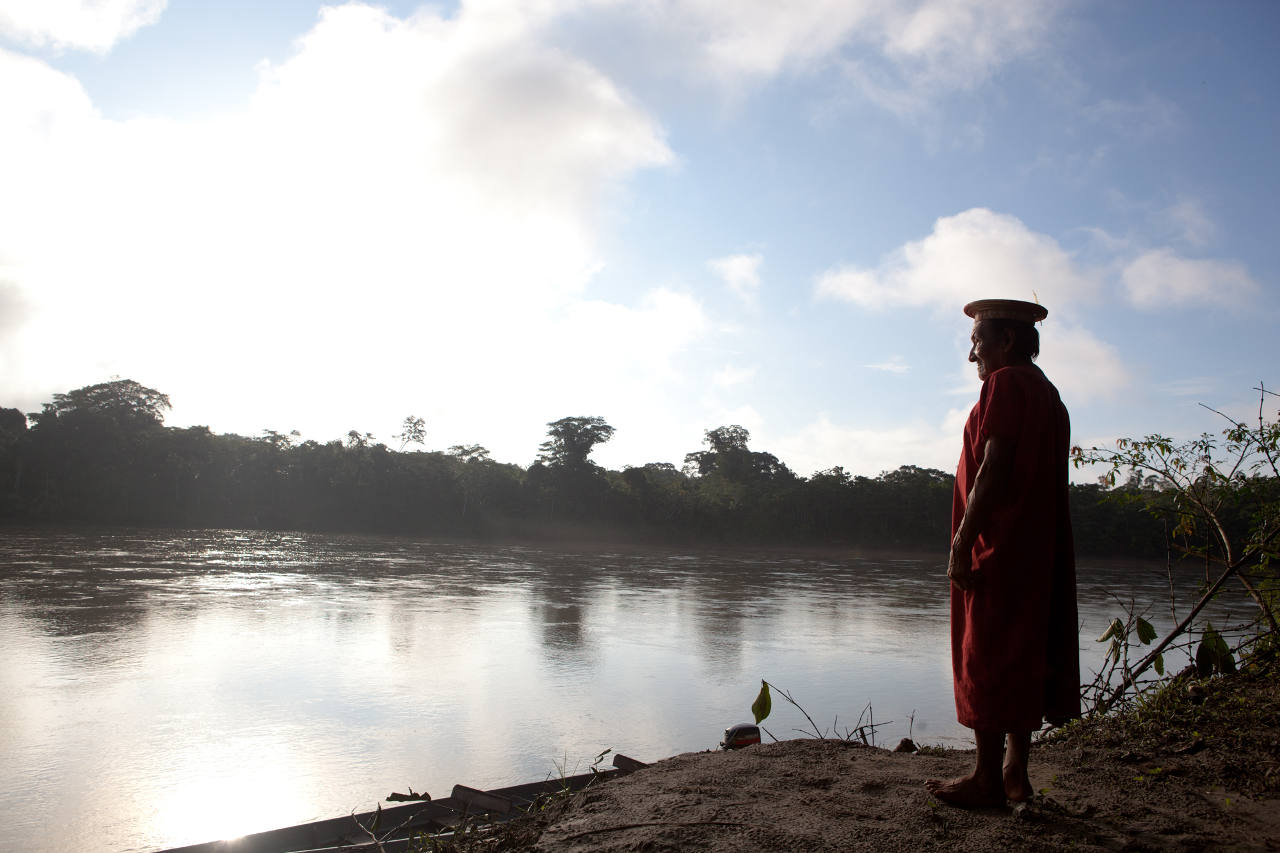