OUR TERRITORIES, OUR DECISION - Amazon Frontlines

OUR TERRITORIES, OUR DECISION

This editorial was originally published in El Comercio, the most widespread newspaper in Ecuador, by the Waorani leader, Nemonte Nenquimo, and the leader A’i Cofán, Alexandra Narváez.

Over five hundred years ago, the conquistadores invaded Indigenous territories throughout the Americas on their horses, carrying swords, rifles, and a document – they called it the “Requirement”. They read this document to us in Spanish – a language that Indigenous peoples did not understand. The document essentially said: “From now on, let it be known that we are your owners. If you submit to this, then you can live in peace with us, and if not, we are going to wage war against you”. It was a violent document. But that ink on paper satisfied the formalist and bureaucratic needs of the conquerors and in turn, justified the cruel history of conquest that our world knows only too well.

We are two Indigenous women leaders from communities of the Waorani and Kofan nations in the Ecuadorian Amazon. As we write this, we want to tell you that this story of conquest continues today. In Ecuador, the government and companies continue to set new traps to push forward new conquests, like oil and mining extraction. They use formal procedures, which are not so different from the infamous 1513 Spanish Requirement.

In other words, what the Ecuadorian governments and industries call “free, prior and informed consultation” is nothing more than the following: they give us confusing and misleading information about what they want to do in our territories, and if we do not agree, they threaten us by waging war against us again.

The world has heard about our struggles and our victories. In 2018, the Indigenous guardia of the Kofan community of Sinangoe discovered large machinery excavating the shores of one of the country’s most important Amazonian headwaters, the Aguarico River, during a land patrol. It was one of the fifty-two mining concessions granted by the Ecuadorian government for a duration of twenty-five years, without any consultation whatsoever with the community. Although this river is a source of life for us, the State argued that it didn’t need to consult us before granting the concessions. Can you believe the nerve? But later that year, the Provincial court of Sucumbios ruled in favor of our rights, affirming that we, the Kofan, are the ancestral guardians of this territory, and so we must be consulted. 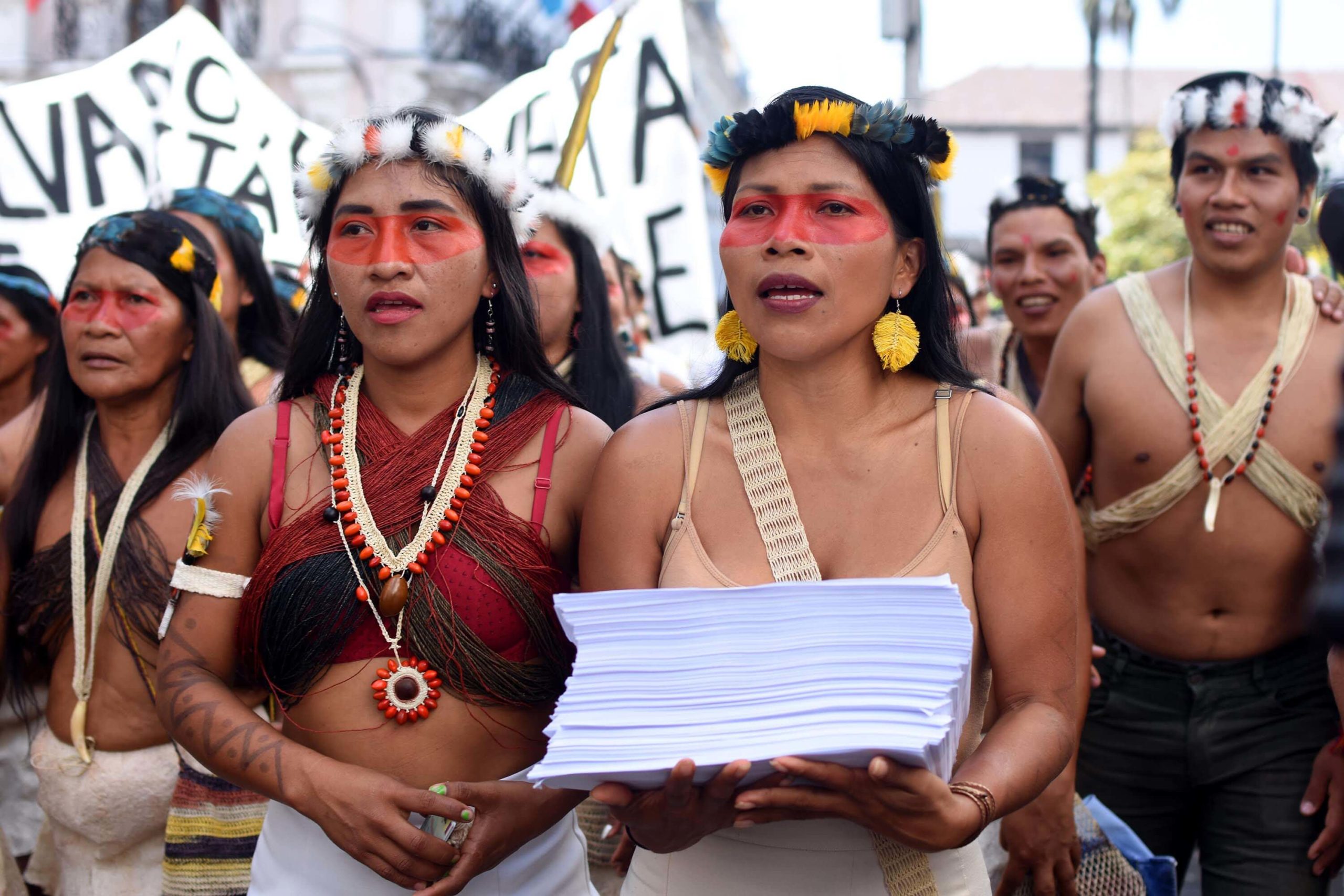 In 2012, government officials traveled to Waorani territory and to the territories of six other Indigenous nations in the central-south Amazon. They came by plane and arrived unannounced, offering us Coca-Cola and bread, and gave quick and impossible to understand presentations about an oil block auction. They tried to lure us in by promising to build schools and football fields. One hour later, they took off into the air again and claimed to have completed their formality of “consultation” – in other words, their justification for the new extractivist conquest. It didn’t matter if we agreed or not: the government had decided that the oil auction was going forward. Or so they thought! But we, the Waorani, have always fiercely defended our territory since time immemorial. In July 2019, we danced and sung as we celebrated our historic legal victory against the Ecuadorian government in the Provincial Court of Pastaza, which recognized that our right to self-determination and free, prior and informed consultation had been violated. The ruling put a halt to the planned expansion of sixteen new oil blocks overlapping one million hectares of Indigenous rainforest territories.

Our ancestors used to fight carrying spears on their shoulders. Today, we are fighting with documents written in Montecristi (birthplace of the current Ecuadorian Constitution) and Geneva in our hand, documents that recognize our right to free, prior, and informed consent and self-determination.

Now our cases sit before the Constitutional Court of Ecuador, which has a historic opportunity to make it clear that the government, oil companies, miners and loggers cannot impose their projects in our territories without our consent. Our rights, our territories, our decision!

But we cannot carry on waiting. Too much is at stake. The very future of the Amazon and our climate is at risk. The Constitutional Court must convoke a public hearing on the case now. The Court must rule on Indigenous people’s right to decide in Ecuador and guarantee that our right to decide over the future of our territories and cultures is respected. It is a necessary step for this pluri-national country and a clear sign that we have left the conquest in the past. This is our “Requirement.” 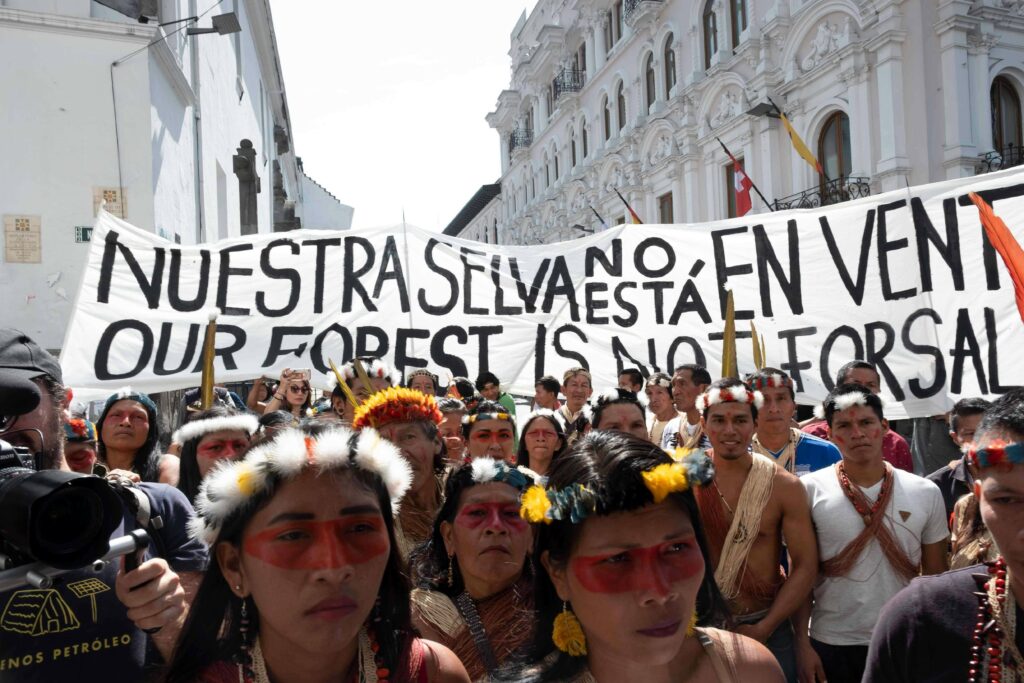