On October 22nd 2018, the Kofan people of Sinangoe in the Ecuadorian Amazon won a landmark legal battle to protect the headwaters of the Aguarico River, one of Ecuador’s largest and most important rivers, and nullify 52 mining concessions that had been granted by the government in violation of the Kofan’s right to consent, freeing up more than 32, 000 hectares of primary rainforest from the devastating environmental and cultural impact of gold mining. This precedent-setting decision will inspire indigenous nations across the Amazon and land defenders worldwide for years to come. 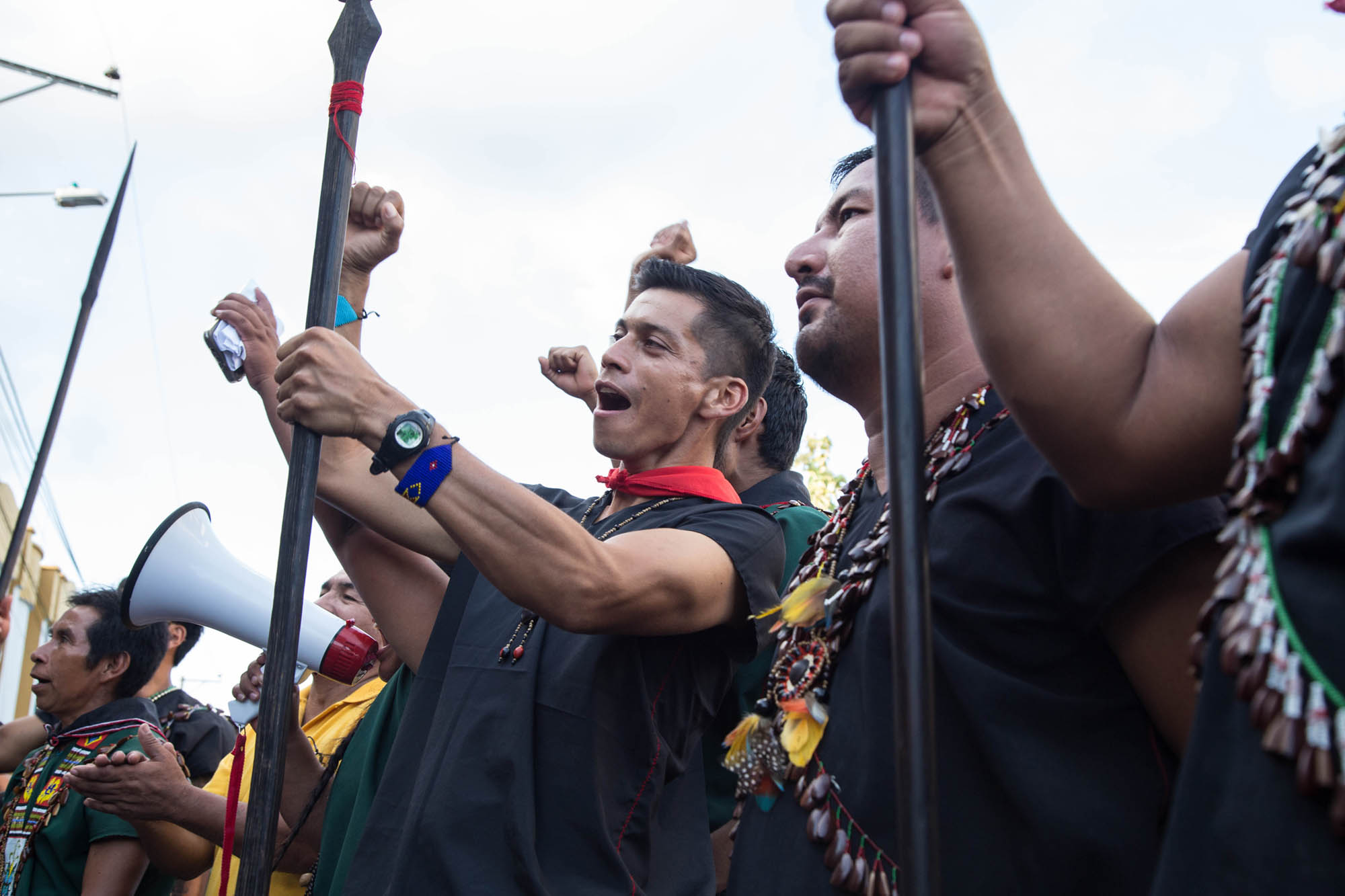 The Kofan people of Sinangoe, with the support of Amazon Frontlines and the Ceibo Alliance, have been successful in forcing the Ecuadorian government to cancel all mining concessions on and around their ancestral land, a groundbreaking victory for indigenous rights in Ecuador.

In a historic ruling, the Provincial Court accepted evidence of environmental impacts provided by the community of Sinangoe and the provincial ombudsman, charged the government with not having consulted the Kofan, denounced the mining operations for having violated indigenous rights to water, food and a healthy environment, and cancelled all mining activity in more than 52 concessions at the foothills of the Andes. The ruling, which cites the precautionary principle and uses Ecuador’s new law on the rights of nature, also forces authorities to set in place restoration measures in an area that had been already heavily impacted by the mining operations.

“This is a great victory for our community, for our people and for all indigenous peoples. We are not just fighting for our people, but for everyone who depends on clean water and clean air. This victory is a huge step forward for our children and for future generations. We will remain vigilant in our territory and will continue fighting until we have legal title over our entire ancestral homeland.”

– Mario Criollo, President of the community of Sinangoe.

After only 4 months of mining operations, the environmental damages we have witnessed and documented for the court case provided a strong set of evidence on how granting mining concessions in such a fragile and rich environment is totally incompatible with the Kofan way of life and the conservation efforts needed in this biodiversity hotspot. The area now freed from mining activity is one of the most biodiverse areas on Earth. It is home not only to the Kofan people who depend on its fresh water for survival, but also to more than 3,725 species of plants, 650 species of birds and 50 species of mammals.

Mining operations threaten profound and irreversible environmental and cultural damage in this ecological hotspot as well as the health of the people of Sinangoe and thousands of people in dozens of indigenous communities downstream. Further exposing this highly diverse primary forest to uncontrolled deforestation would also accelerate the global climate crisis.

The headwaters of the Aguarico River, at the core of the Kofan ancestral land and one of the main artery of the Ecuadorian Amazon, were threatened by mercury and cyanide pollution commonly used in gold mining operations in the Amazon, until the Kofan successfully blocked it by suing the Ecuadorian government.

After months of ongoing land patrols, the use of camera traps, drones and satellite imagery, as well as indigenous-driven media campaigns to raise awareness of destructive mining practices, the Kofan people, with the support from Amazon Frontlines and our indigenous partners from the Ceibo Alliance, have succeeded in demonstrating the importance of indigenous-led environmental monitoring and sustained innovative legal strategies to protect their land and rights. Sinangoe now has the important task of ensuring the ruling is respected and the measures dictated by the Courts are enforced on the ground.

“This is a major win for indigenous rights in Ecuador, and a huge wake up call to the Ecuadorian government. Before viewing the land for the minerals underneath it, the Courts now forces authorities to obtain consent from the indigenous peoples who call it home, and to properly evaluate the environmental and cultural costs of allocating such biodiverse hotspots to gold miners.” 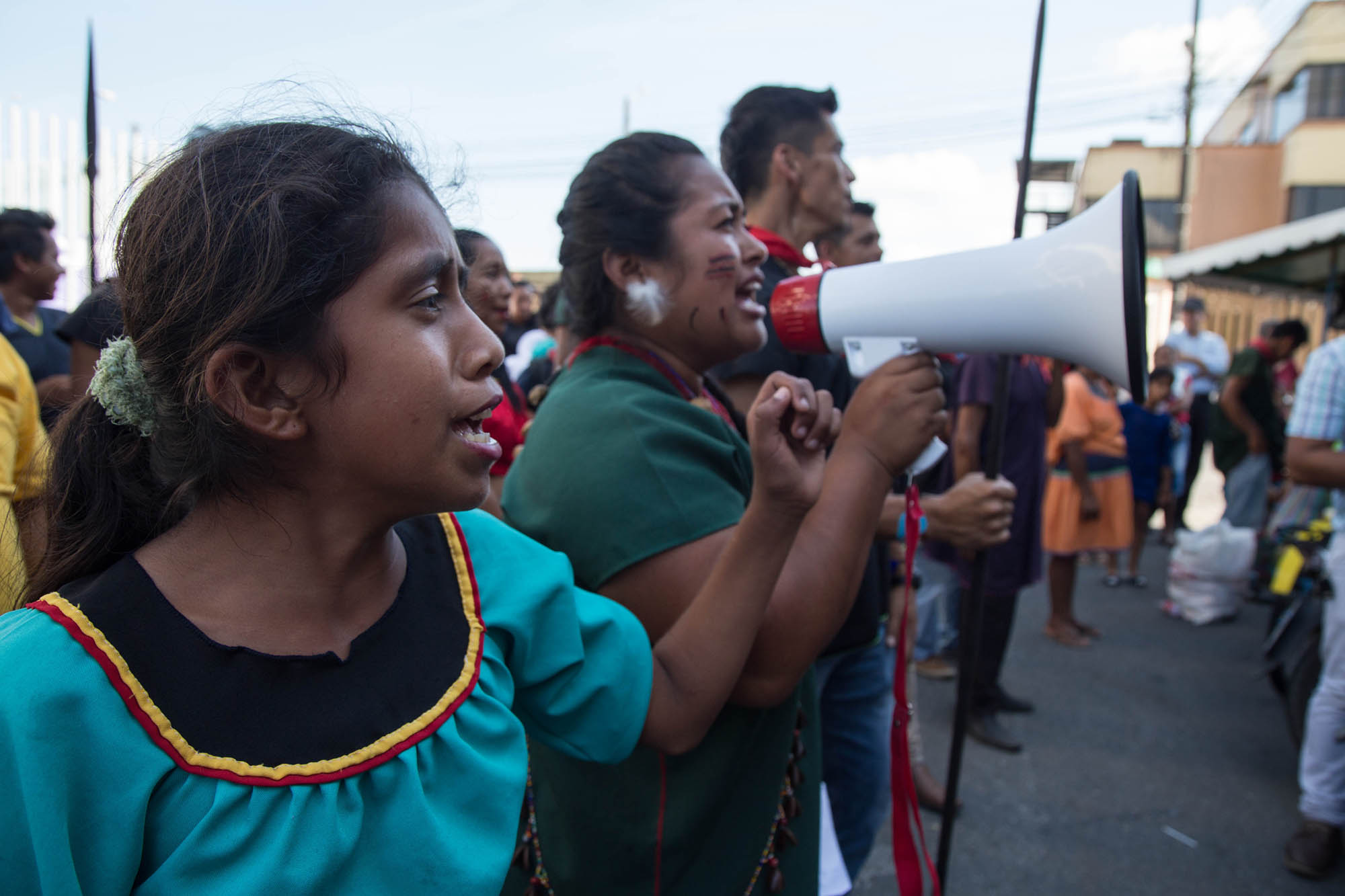